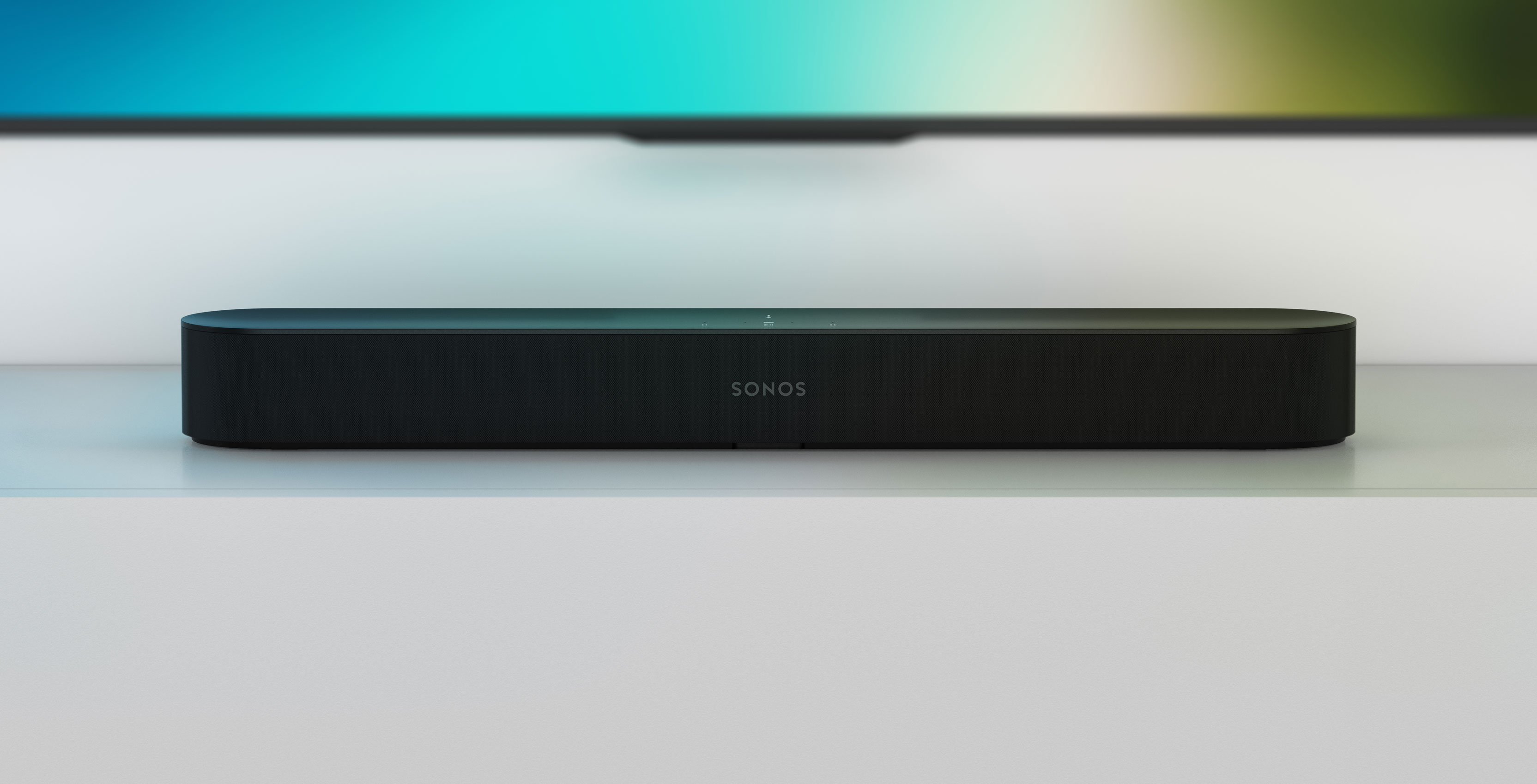 Aimed at the home theatre space, the new speaker is physically smaller than both the Playbar and Playbase, Sonos’ past two home theatre speakers, measuring in at just 63.5cm across. In addition, it features a five-microphone array for voice control. 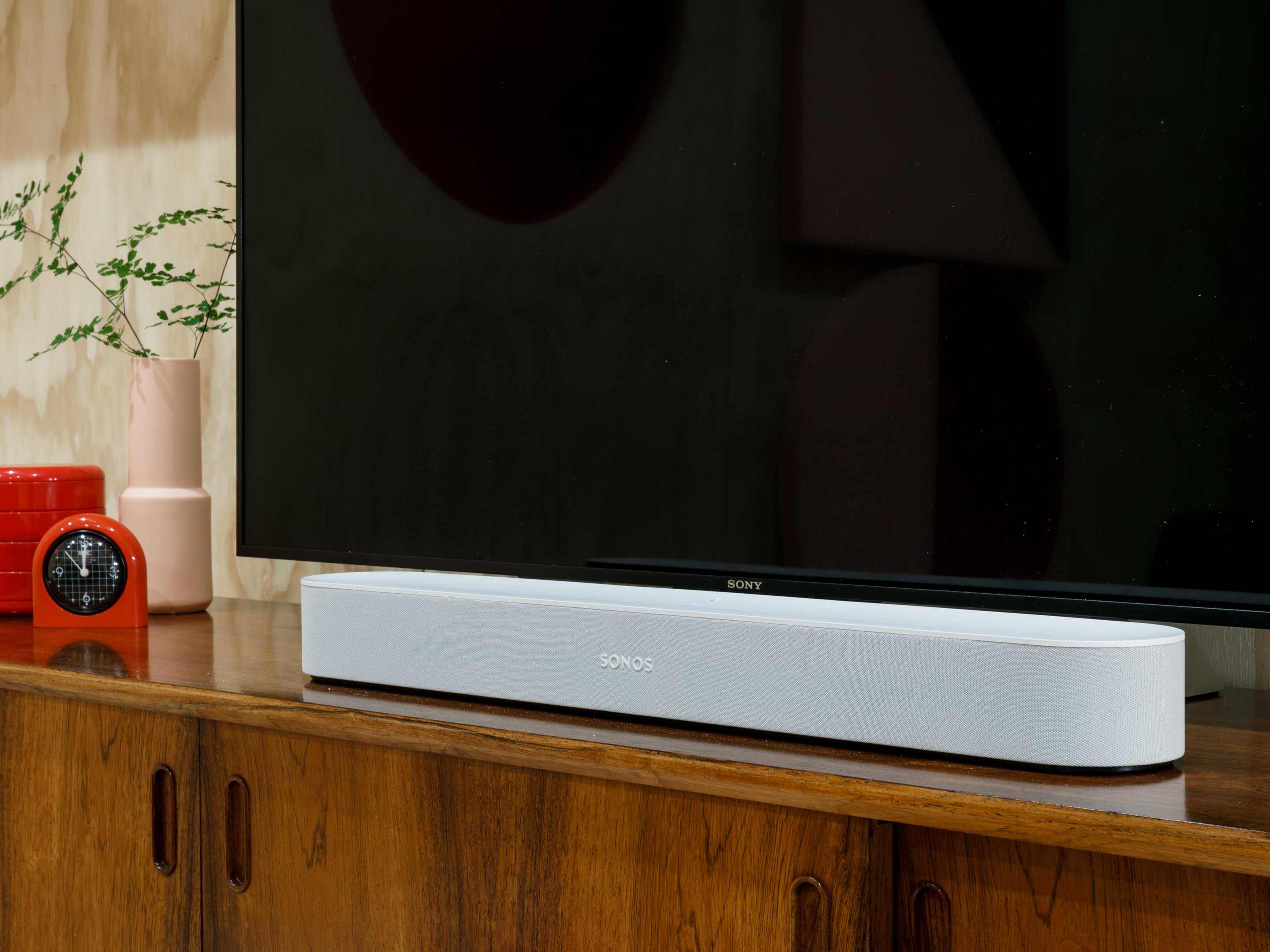 With Alexa and a single HDMI working in conjunction, Beam users will be able to control their TV with their voice. This includes the ability to turn one’s TV on and off.

The speaker does not ship with a remote. However, with support for ARC, “Audio Return Channel,” an HDMI specific feature, Beam users will be able to adjust the volume of the speaker with their existing TV remote. There’s no additional setup required. In the event customers own an older TV that doesn’t support ARC, Beam ships with an HDMI to optical audio adapter. Sonos also plans to include an HDMI cable with each Beam to ensure the cable is never at fault for compatibility issues.

Sonos Beam does not output video, nor does it come with pre-installed streaming apps. Moreover, it doesn’t feature more than one HDMI port, so it doesn’t act as a central receiver.

Beam features four woofers, with two facing out towards the front of the device and two angled out. Additionally, it includes a single tweeter and three passive radiators. All of the speakers, as well as wires, circuit boards and antennas, are placed in a single sound chamber to reduce interference. Users can pair Beam with two Sonos One speakers and a Sonos Sub to create a 5.1 surround sound system. 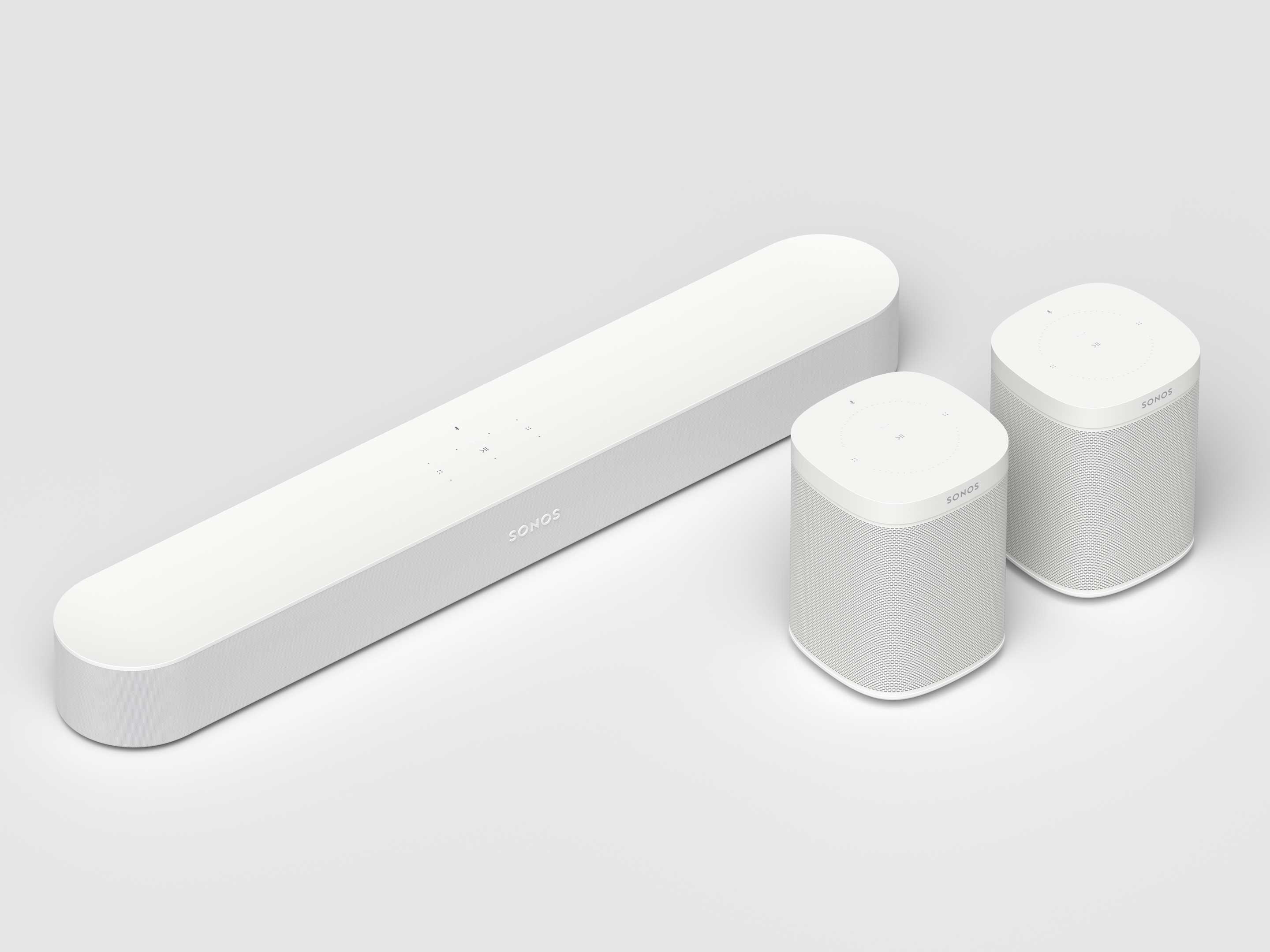 On software front, Beam will emphasize dialogue when it detects it’s receiving audio from the TV. Conversely, it will switch to an audio mode when it’s streaming music.

In Canada, Beam will cost $499 (making it cheaper than the company’s existing home theatre speakers) and launch on July 17th. It’s available to pre-order today. Beam will be available in both black and white.