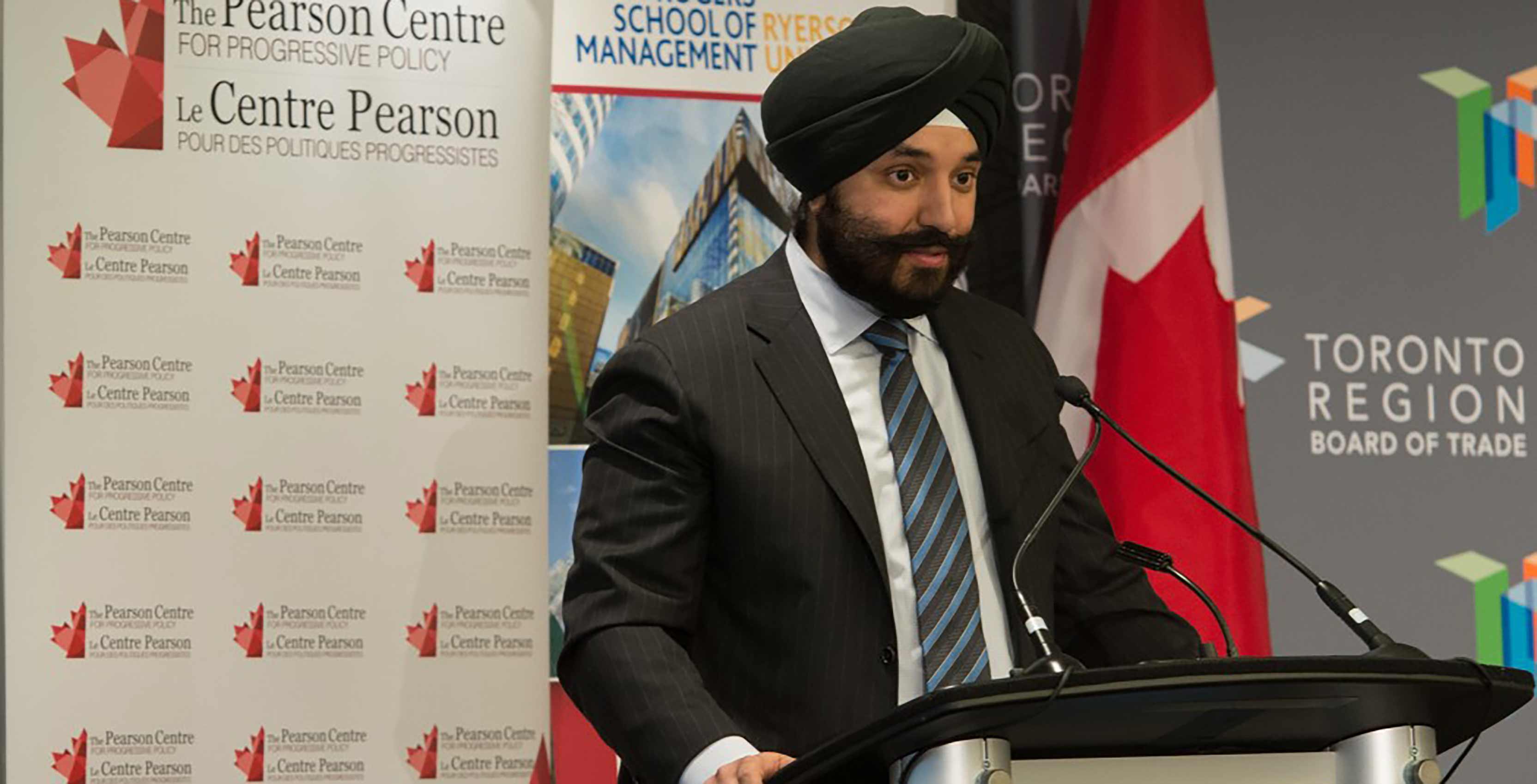 Innovation minister Navdeep Bains used the final day of the annual Canadian Telecom Summit to announce a consultation on the deployment of 3,500MHz spectrum.

The goal is to advance the federal government towards an eventual 3,500MHz spectrum auction in 2020.

“We know that industry wants access to this spectrum,” said Bains, in during his keynote remarks. “Our proposals align with international trends in the band and represent an important step toward ensuring 3,500 will be available to meet consumer demand for 5G.”

In addition to the 2020 3,500MHz spectrum auction, Bains said that a millimetre wave auction is planned for 2021.

“In the meantime, we have redesigned the developmental licence program to help innovators get temporary access to spectrum,” said Bains.

When asked about potential set-asides for the two consultations announced today, Bains told reporters that Innovation, Science and Economic Development Canada (ISED) plans on consulting with industry to “get their feedback on what’s the best path forward.”

“I don’t want to prejudge the outcomes of the consultations, so at this moment, I can’t confirm that will be the case for the next two auctions, but we are in the process of engaging industry,” said Bains.

Bains referenced the upcoming 600MHz spectrum auction in March 2019, stating that “we feel the set-aside is critical for competition and we wanna continue to encourage competition going forward.”

ISED has set aside 43 percent of spectrum for smaller players in the upcoming March 2019 600MHz auction.

Various parties — including governments and industry players — responded to that call for feedback, arguing that 3,500MHz spectrum is necessary for Canada’s 5G future.

It should be noted that the 3500MHz was auctioned for the stated purpose of Fixed Wireless Access (FWA), thereby constraining its potential use for 5G wireless.

On the subject of national carriers Bell and Rogers and the criticisms the two carriers have received for hoarding 3,500MHz spectrum, Bains said that there aren’t any plans to force the carriers to return some of their existing licenses “at this stage.”