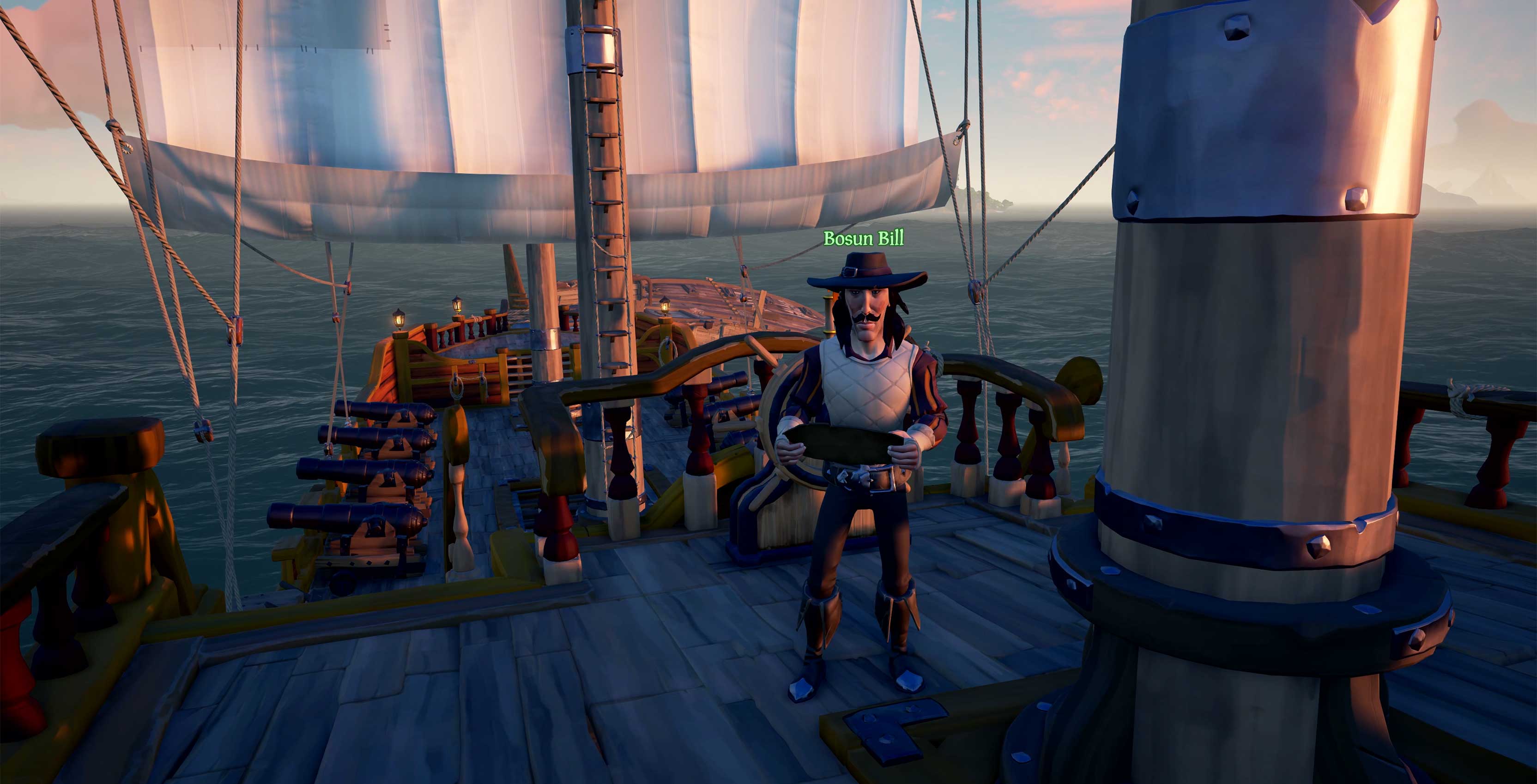 Sea of Thieves, the swashbuckling online game from Rare, is getting its first major update this month.

“The Hungering Deep” is the first of six free DLC packs coming to the game. It will be available May 29th.

The Xbox team made the announcement on its Twitter page today. From the sounds of the trailer, the update may bring a new ‘terror of the deep.’ The Kraken currently inhabits the game’s seas, but players can always use another titan to contend with. If hints from the trailer are anything to go by, this new terror may not just have a hunger for ships.

The pirate in the trailer talks about ancient rituals used to invoke sea creatures and offer sacrifices in return for safe passage. This could certainly add an element of moral ambiguity to the game.

A new adventure awaits.
The Hungering Deep comes to Sea of Thieves on May 29. https://t.co/aKhb6UaLNn pic.twitter.com/AVmQybNnsf

While many have already enjoyed the swashbuckling adventures the game offers, a common complaint is that there just aren’t enough adventures. Consequently, Rare has shifted focus, putting cosmetic features like having pets off while it adds more gameplay features.

The Hungering Deep is the first step in that direction. It brings a new special event, new mechanics along with the new AI threat. Hopefully this new threat breaks some of the monotony of the other in-game enemies.

Rare also has detailed content plans for what’s next in Sea of Thieves. Later this summer players will see two more content packs, Cursed Sails and Forsaken Shores. The DLCs will introduce players to a new ship type and a dangerous new section of the world.

Although Sea of Thieves launched with a lack of content, it’s good to see Rare working diligently to improve the game. More content is always welcome, especially if its free.