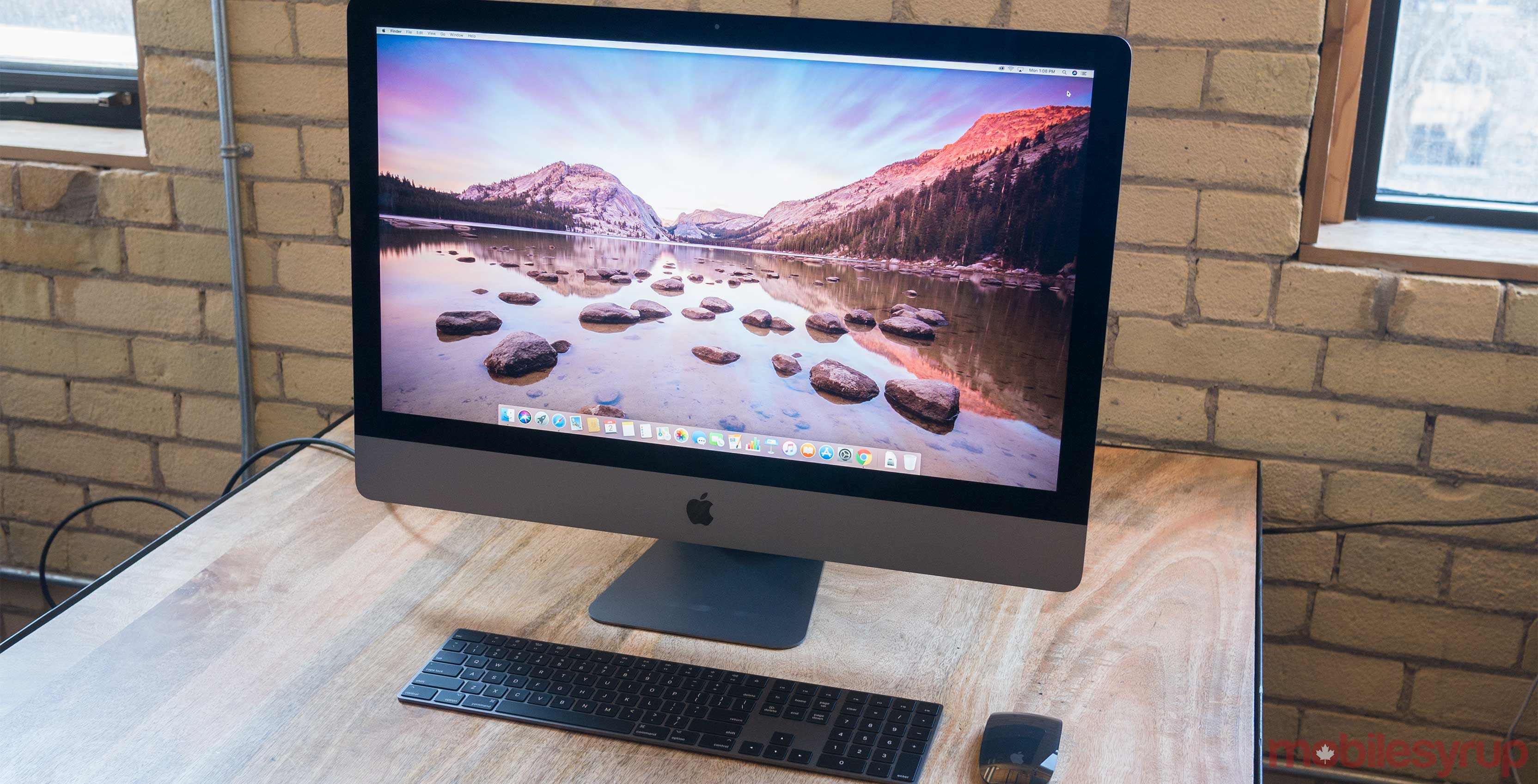 The iMac Pro is powerful, sleek and undeniably stylish.

In fact, I’d even go so far as to say that it’s the most impressive all-in-one desktop I’ve ever used from both an aesthetic and technical perspective.

It’s a computer that features a 27-inch 5K display, a high-capacity heat sink coupled with extra venting at the rear of the device, and an innovative cooling system that includes dual fans to help circulate cool air while still expelling hot air.

This is all accomplished while consuming only 67 percent more power than the average 27-inch iMac. Given the hardware packed inside the iMac Pro, that’s an impressive number. 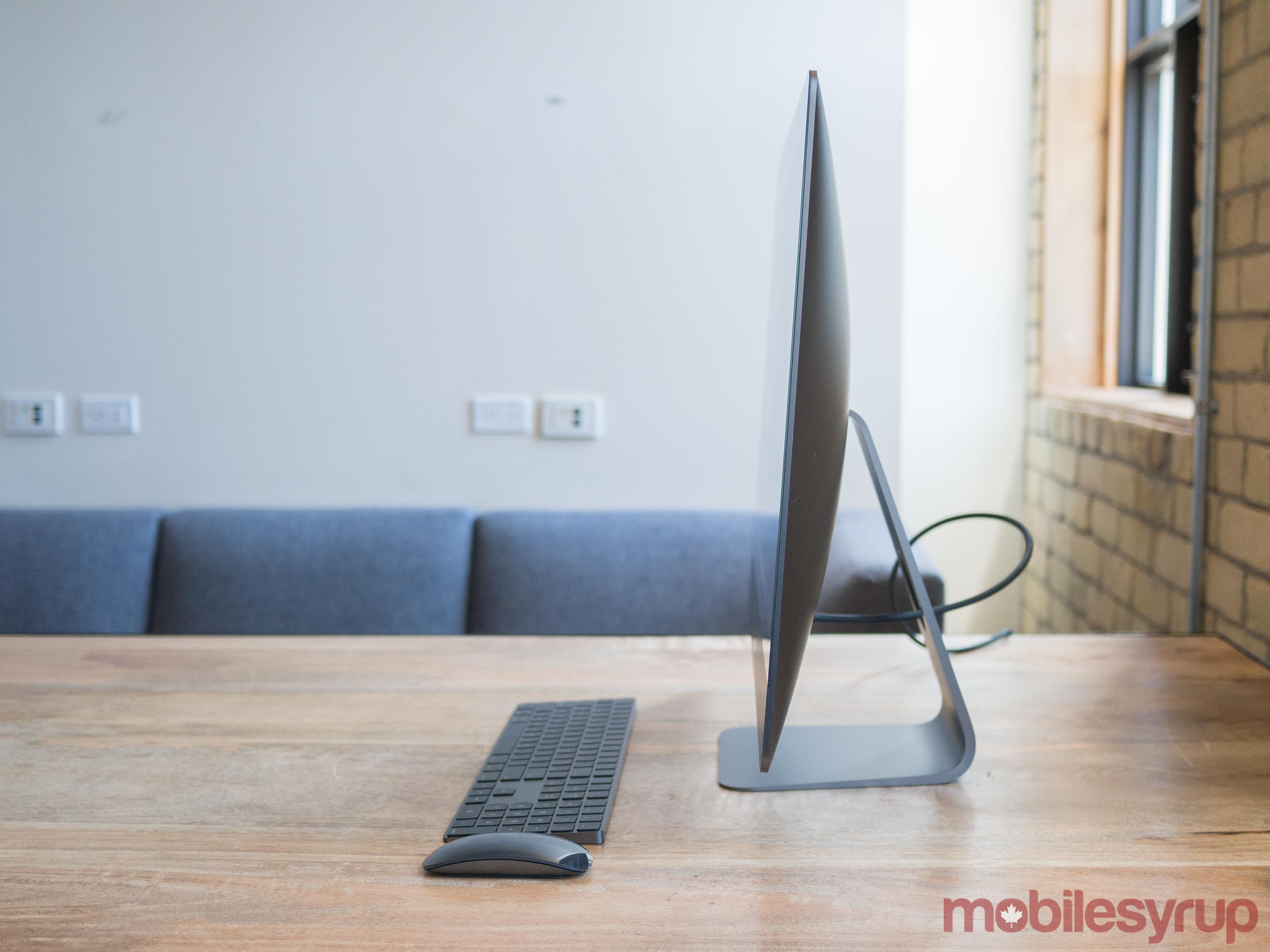 The iMac Pro is also pricey, even at its base configuration. In most cases, this puts the expensive desktop out of the reach of the average consumer looking for a powerful rig, limiting its audience significantly. That said, those more technically minded than myself in the PC hardware space claim that the Pro offers decent value given its hardware specs.

However, the iMac Pro isn’t designed for everyone, says Apple. Instead, the company’s workplace level desktop is designed for what it often refers to as ‘creative professionals.’

Given it’s possible to pick up a comparably powerful PC that’s also upgradable for around the same or less amount of cash, it’s only logical to question why some professionals opt for the iMac Pro, rather than a beefed up Windows 10 desktop rocking multiple Nvidia GTX 1080ti graphics cards. 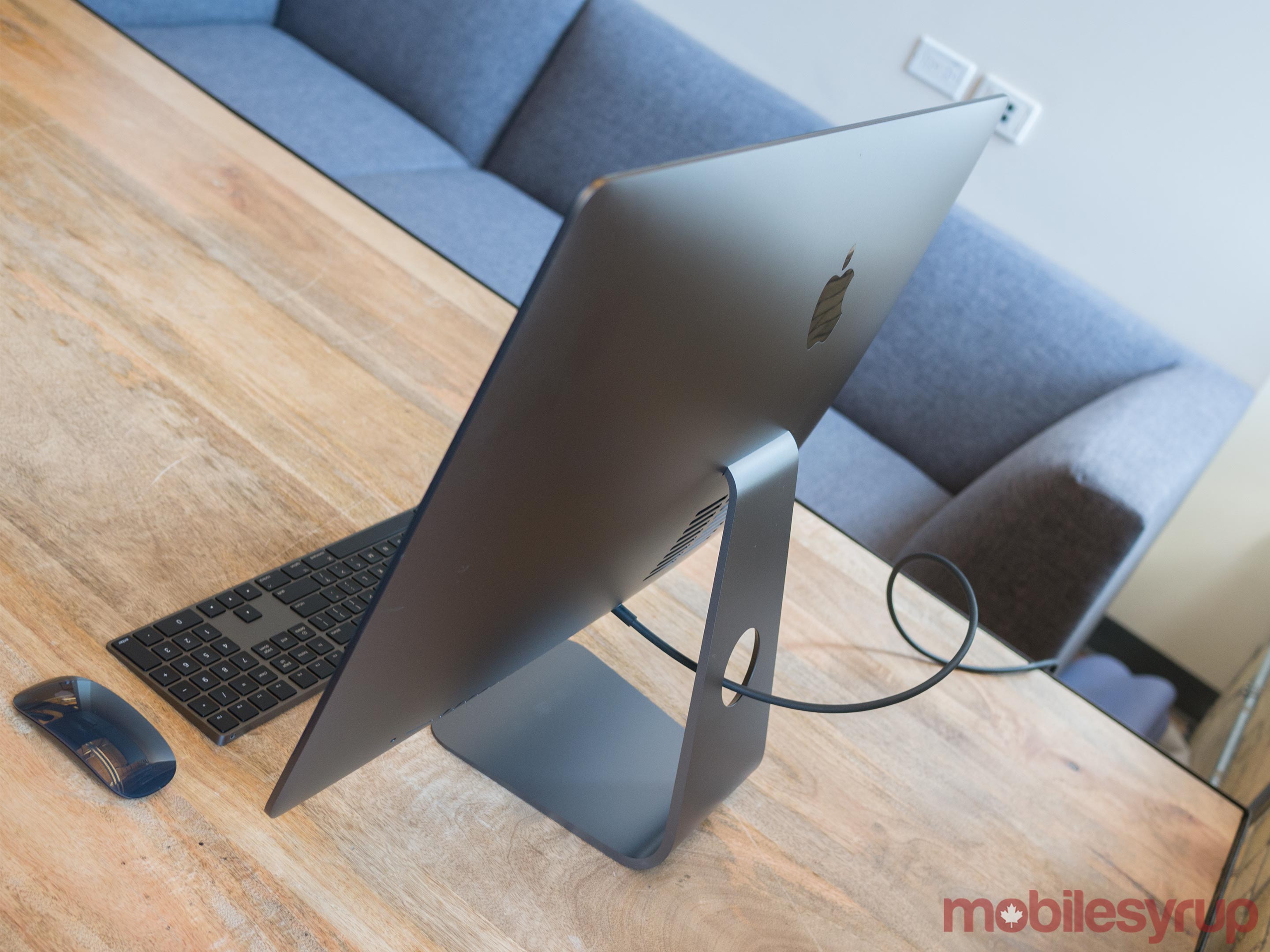 The particular iMac Apple sent the MobileSyrup office would have cost the website a staggering $6,299 CAD — and this was the lowest-end model. The all-in-one desktop features an 8-core Intel Xeon W processor clocked at 3.2Ghz, Turbo Boost up to 4.2Ghz, 32GB 2,666Mhz DDR4 EEC memory and a Radeon Pro Vega 56 GPU with 8GB of HBM2 memory.

It’s worth noting that the iMac Pro’s Vega GPU is soldered directly to the motherboard, which is no surprise given the Pro is an Apple product. Opening up the iMac Pro also voids the desktop’s warranty, though it seems certain aspects of the Pro’s hardware can be upgraded, according to some reports.

While I only spent a brief amount of time with Apple’s powerful desktop, even I find myself questioning if the workstation-level computer is really worth the asking price.

For instance, it’s rare that I find myself editing video content in 4K, instead opting to keep the still minimal amount of video work I do for MobileSyrup firmly in 1080p territory. 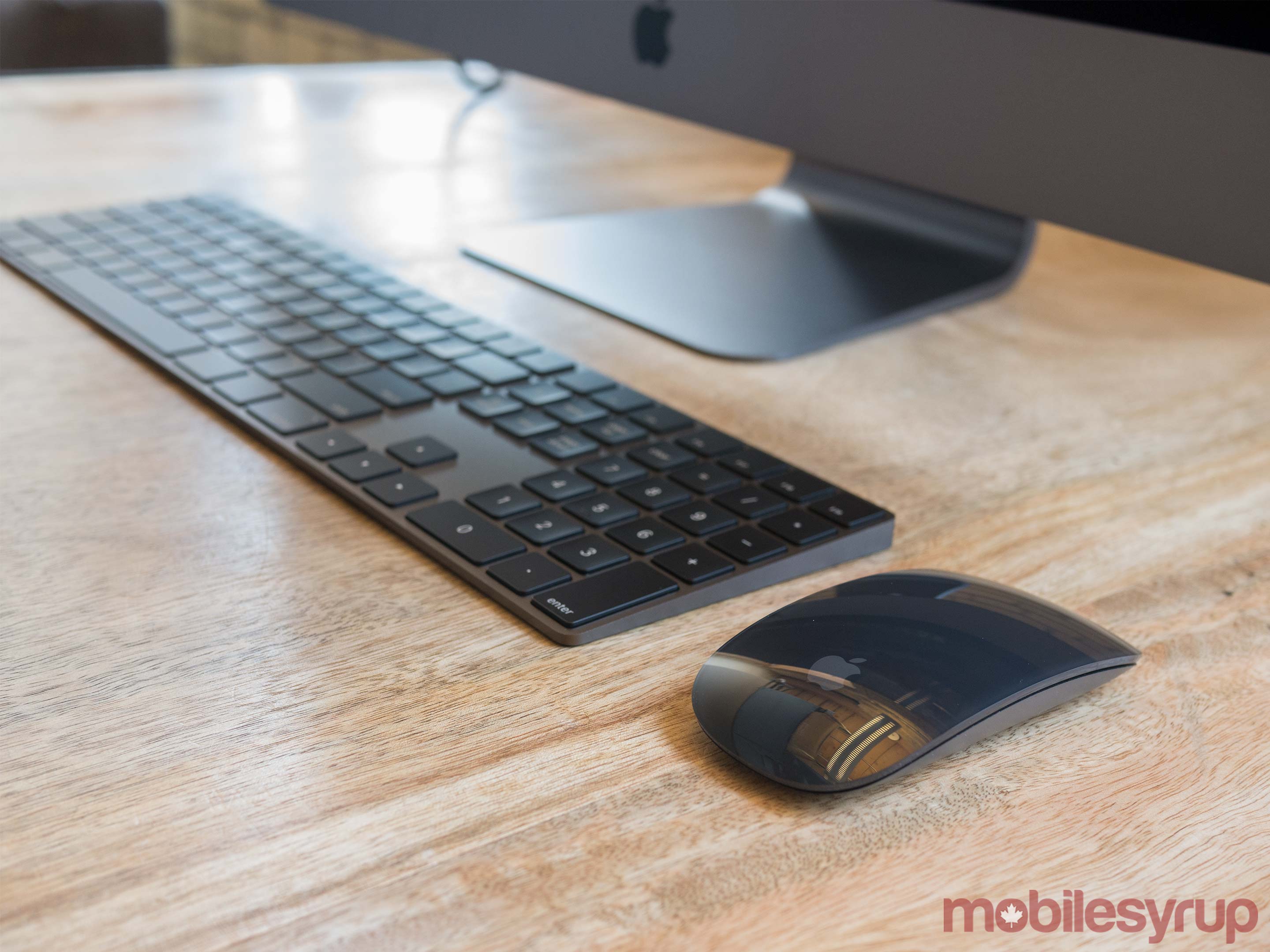 Still, I was impressed with how easily the desktop handled rendering a 10 minute 4K video clip, as well as how it allowed me to edit 4K content in real-time without any frustrating lag.

The same can be said about editing a podcast in Audition or RAW photo files in Photoshop. It’s true that performing these day-to-day tasks is quicker with Apple’s powerful desktop, just as the company claims. I also booted up Fortnite on the iMac Pro just for fun, though Epic’s popular battle royale title isn’t resource intensive in any way. 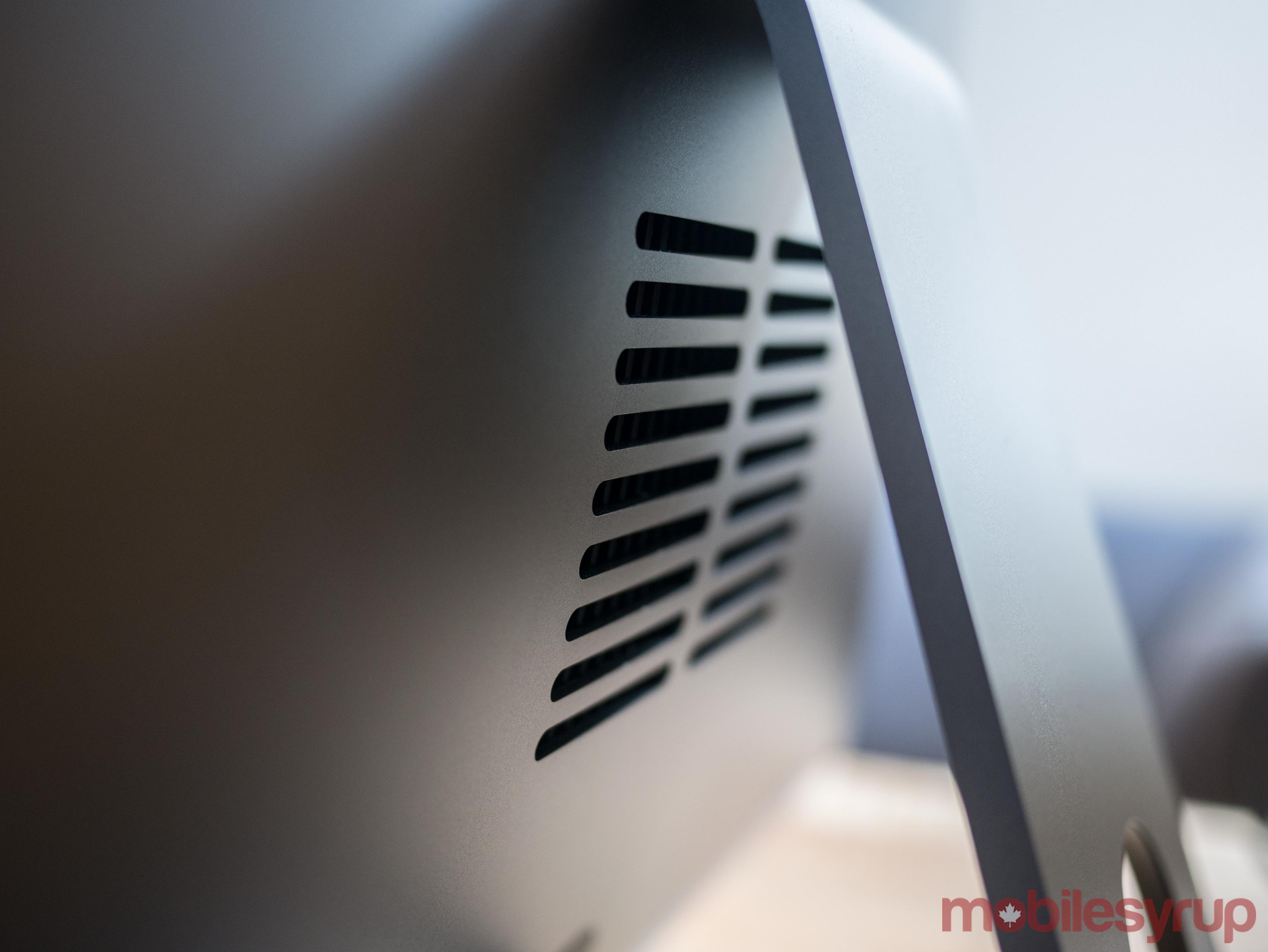 That said, a blogger/journalist like myself is far from the iMac Pro’s target audience. I may loosely fall into the ‘creative professional’ category Apple frequently talks about, but the day-to-day requirements of my job wouldn’t benefit greatly from the iMac Pro’s power as much as professionals in creative fields like video production, art and photography.

To gain a better understanding of why someone might choose Apple’s iMac Pro over a comparably powerful PC, I spoke to three Canadian creative professionals across three distinct disciplines.

Here’s what they said:

Karl Conrad, a Toronto-based YouTuber with over 394,740 subscribers, is one of the more popular Canadian creators on Google’s video platform, particularly in the technology news space.

The iMac Pro is prominently on display in many of Conrad’s videos, with him going so far as to detail the process of purchasing and deciding what set of specs to buy for the all-in-one desktop via his Instagram account a few months ago. 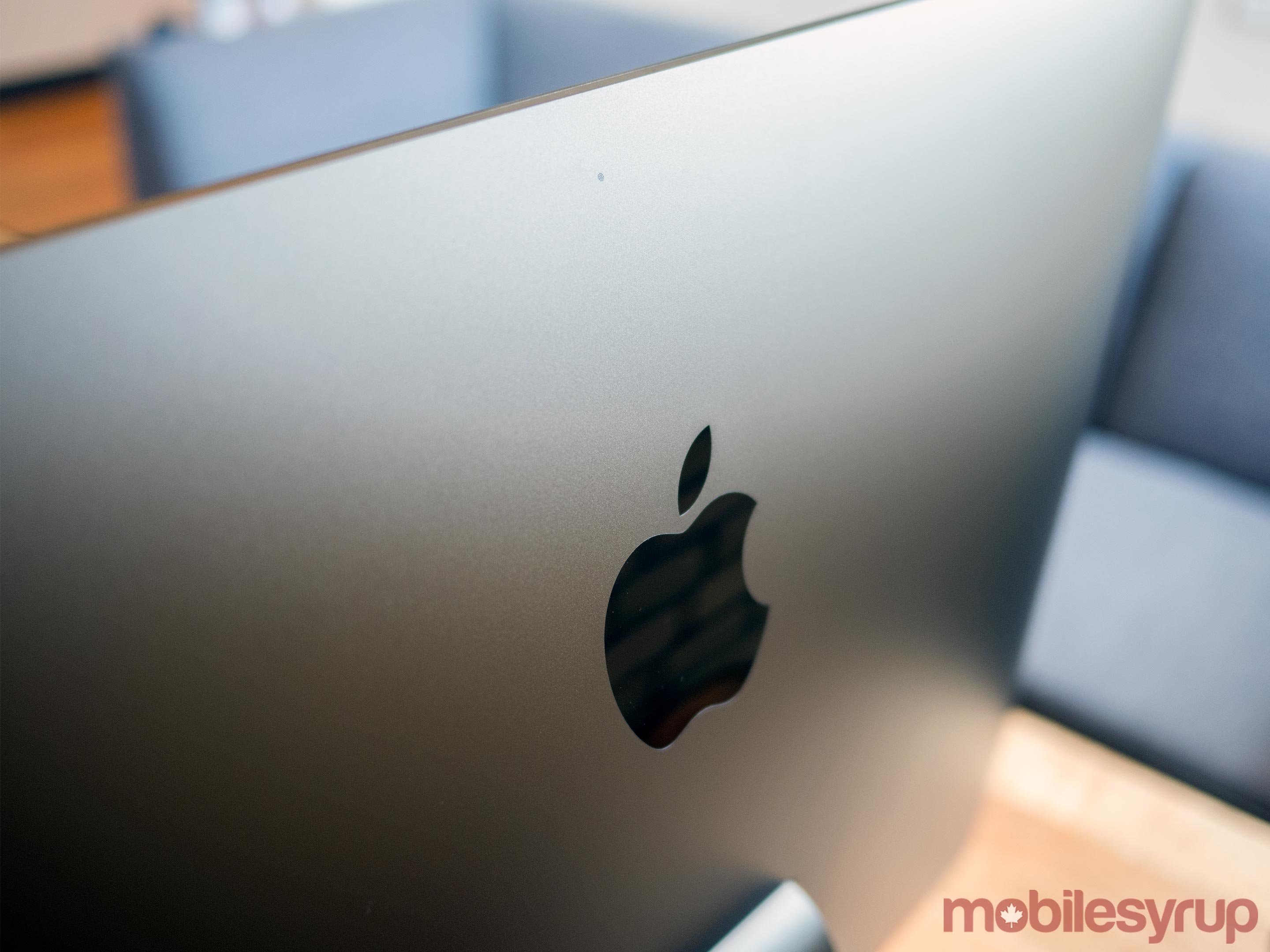 According to Conrad, the decision to opt for the iMac Pro over a comparably powerful PC came down to two main factors: value and the fact that he edits his video content with Apple’s Final Cut Pro software — which means a Windows 10 desktop isn’t even an option for him.

“If you actually break down the parts, it’s not that much more expensive, and it comes with a 5K display, and a PC can’t run Final Cut Pro,” said Conrad, echoing the thoughts of others in the YouTube creator space.

Similar to my experience with editing 4K content on the iMac Pro, Conrad also says that the Pro’s ability to edit 4K footage without lag or stutter, as well as how quickly the desktop transcodes content once the editing process is complete, are contributing factors as well.

Michael Walsh, a Hamilton-based comic book artist that’s worked on notable franchises like Spider-Man, Hawkeye, Vision, Secret Avengers and X-Men — he’s currently working on a comic book adaptation of the Last Jedi — likewise cites the power under the iMac Pro’s hood as being the primary motivation behind choosing the desktop.

“One of the things that’s nice about this — especially with working on Star Wars specifically — is I’ll have 10 giant photoshop pages open that chug crazy RAM. On my old computer, I’d only be able to have two open without there being input lag,” said Walsh when asked about the benefits he’s experienced after using the iMac Pro for the last few months. 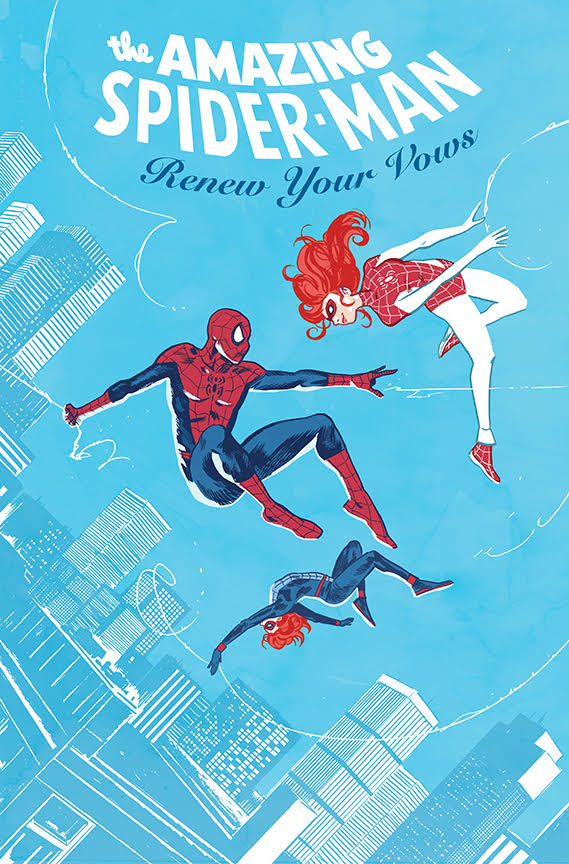 “Being able to have 10 pages open, plus I’m running the movie, Star Wars The Last Jedi, in the background in one browser, plus I have my references up, plus I’m listening to music, plus I have a 3D model of the ship up; I’m able to do all this multi-tasking without having to worry about any slowdown.”

Ecosystem lock-in, a reason many Apple faithful mention when discussing their reluctance to jump ship from the Cuptertino, California-based company’s platform, also played a role in his decision. 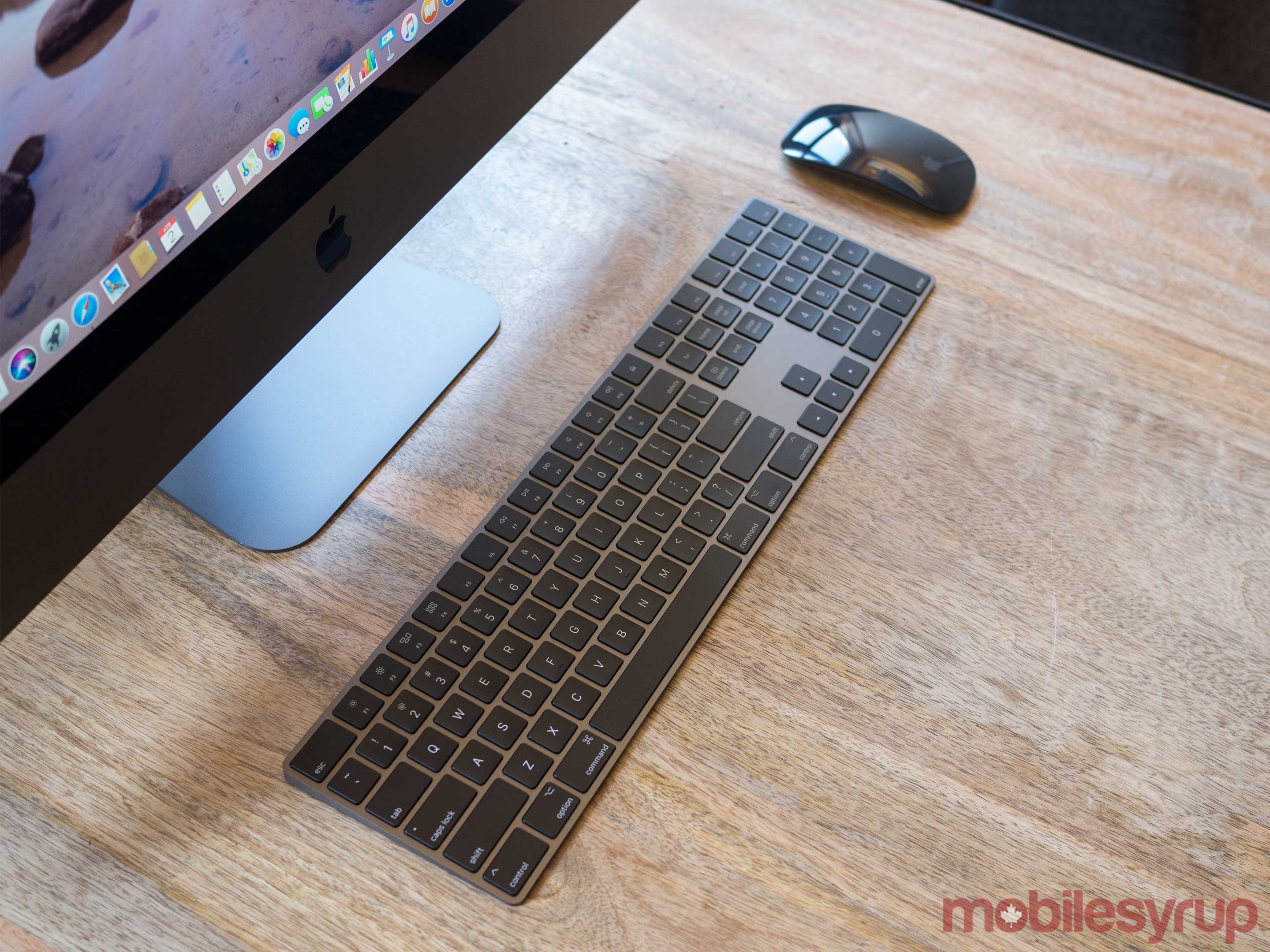 Walsh often sketches out the basis for his work on the iPad Pro before eventually transferring it over to the iMac Pro where he works in Adobe’s Creative Cloud Photoshop with a Wacom digitizer and a stylus.

Finally, we have the photographer.

Matt Barnes is an accomplished Canadian photographer who has worked with celebrities like Snoop Dog, Ariana Grande and of course Drake. In the context of MobileSyrup’s interests, he’s also shot photographs for a relatively recent Freedom Mobile ad campaign.

Unlike Walsh and Conrad, Barnes doesn’t emphasize the iMac Pro’s power as his key motivation for using the desktop to edit his work. In fact, he surprisingly cites its sleek look as well as the overall lifestyle image associated with Apple as one of the reasons. 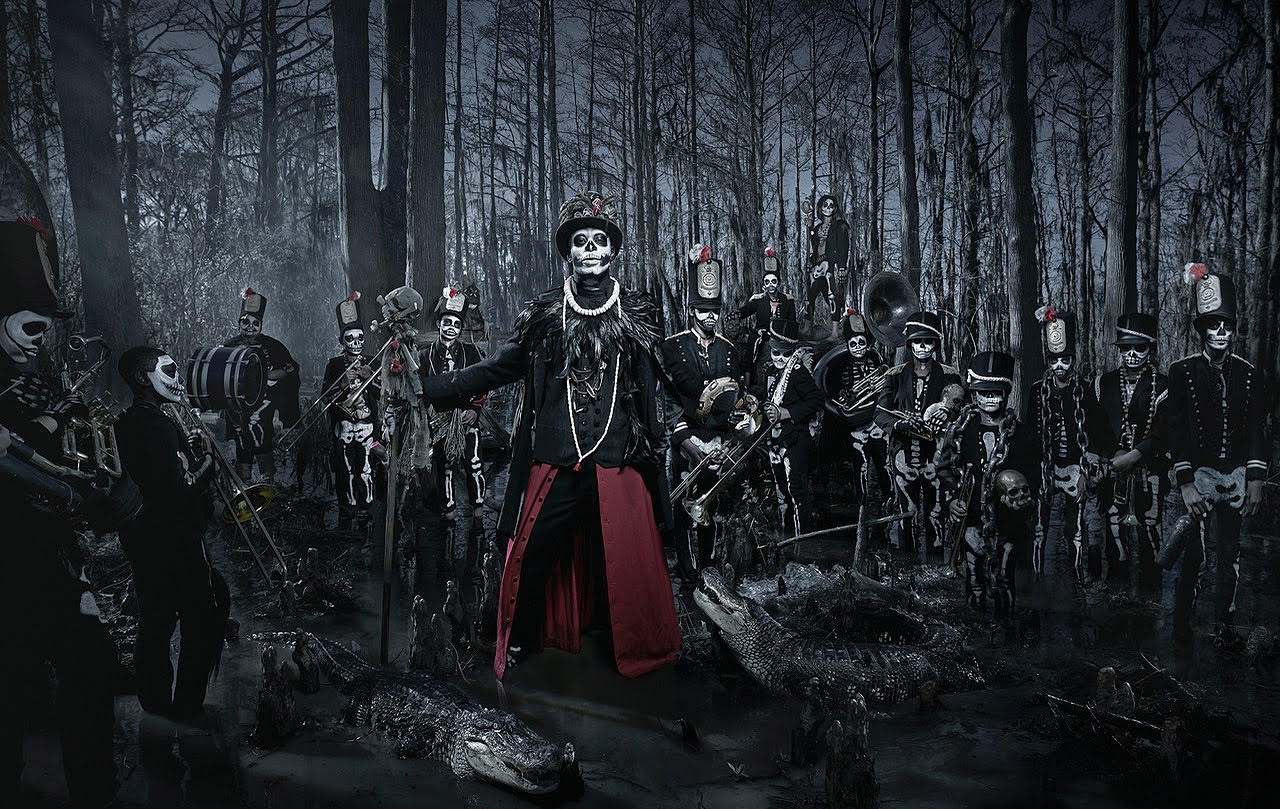 “Our clients are designers and art directors and stuff like that. Them coming up and seeing us use the iMac Pro in the last month or so, or even before that, it was the first time people saw one. It’s nice to have the new thing and be on the edge of technology,” said Matt Barnes.

“The way that it looks and the way that it fits in with our gear and our style is important as well. It’s a lot better to be streamlined into one machine, rather than a laptop running into another monitor and stuff like that. It’s nice that it’s a one stop shop for everything you need.”

Beyond the iMac Pro’s aesthetic, Barnes also says that the iMac Pro’s display played a significant role in why his team opted for the desktop over another device. 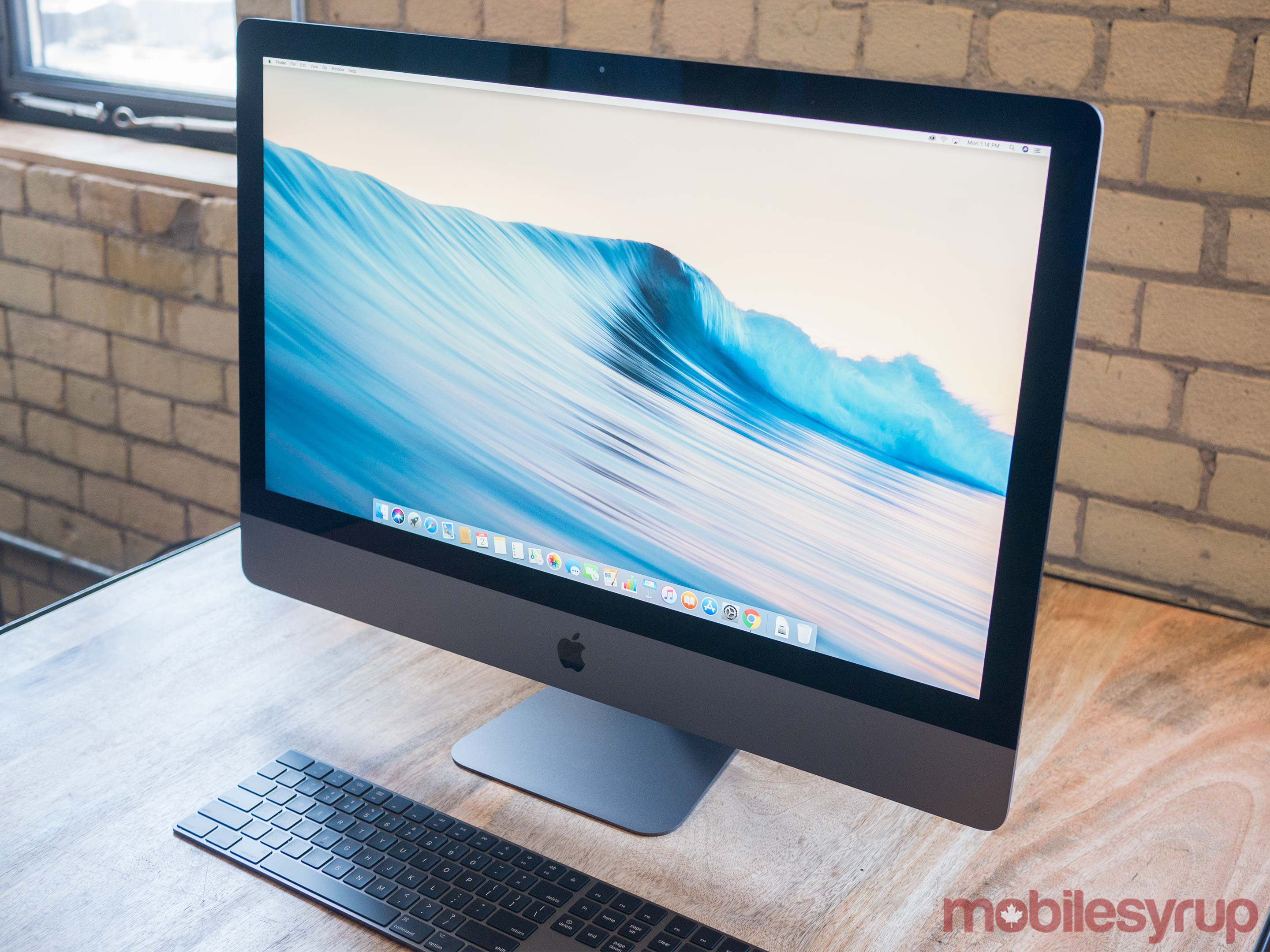 “The most important role that it plays is our camera runs directly into it. It’s our main display for our clients that are on set as well. We were using a laptop before and running a cinema display screen kind of thing. Now we shoot directly into the iMac,” said Barnes.

Barnes also says that the iMac Pro’s 5K display does a great job of colour reproduction, that he and his team found that significant tuning isn’t necessary. The iMac Pro’s screen is basically LG’s UltraFine 5K display built directly into an iMac body, so this position definitely makes sense.

“It’s an amazing way to present the files on screen for our clients. It looks super slick and the quality of the images on the screen with the display looks super pro and the resolution of the monitor and everything… We’re shooting with a 45-megapixel camera, which is super high-quality so it’s nice to give the image that justice,”