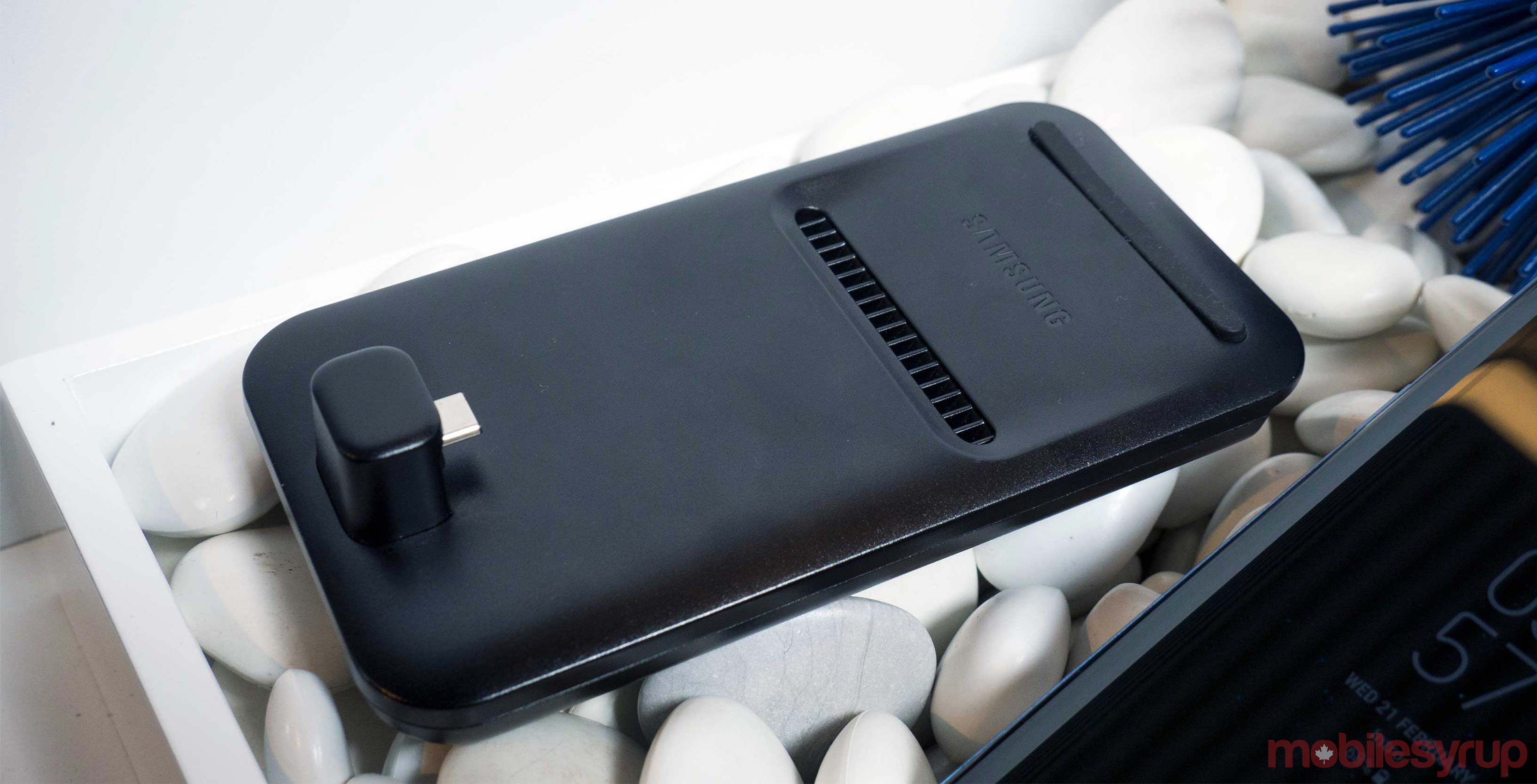 Instead of holding the S9 upright like the first-generation DeX, the DeX Pad orients the smartphone horizontally.

This allows the S9 and S9+ to be used as a laptop-like trackpad when docked on the DeX Pad. Samsung says that on-screen keyboard functionality is coming, but that the feature won’t be available when the DeX pad launches. Finally, the new DeX pad is capable of supporting monitors that feature an up to 2K resolution and is also backward compatible with the S8/S8+ and the Note 8.

Samsung’s first-generation DeX dock actually worked surprisingly well, giving users access desktop-like experience powered by their smartphone, though support for apps that have been updated to adapt to the fullscreen format remains sparse even months after the accessories’ release. It’s unclear what Samsung’s plans for the DeX Pad are in terms of app compatibility.

It’s unclear if the DeX Pad is set to be available at launch in Canada, or how much the Pad will cost. We’ve reached out to Samsung for additional information and will update this story when we hear more.

For more information on the Samsung Galaxy S9, check out MobileSyrup’s hands-on with the smartphone.