Four new Animoji are coming to the iPhone X with upcoming iOS 11.3 update

Lions and dragons and bears, oh my!

Apple has started to preview some of the features set to be included in the next major iOS update, and the moment you’ve surely been waiting for has arrived: new Animoji are coming to the the iPhone X.

Of course features related to battery management and health are on the way in this update too, though it’s difficult to compete with the ability to turn into a virtual lion.

IOS 11.3’s new battery settings are a direct response to the controversy surrounding the company throttling the performance of older iPhones in an effort to ensure these devices remain stable as they age.

The new battery settings will be available on iPhone 6 and above devices and can be found under ‘Settings’ and then ‘Battery,’ according to Apple. Users will be able to turn iOS’ dynamic battery experience in order to prevent unexpected shutdowns, a feature the company first added to the iOS with the 10.2.1 update.

Apple’s latest iOS version also includes an update to ARKit that allows users to build apps capable of recognizing tables and chairs, along with the horizontal surfaces that the mobile augmented reality platform can already track. Real-world 2D images such as signs, posters and artwork, can also be integrated into AR experiences. 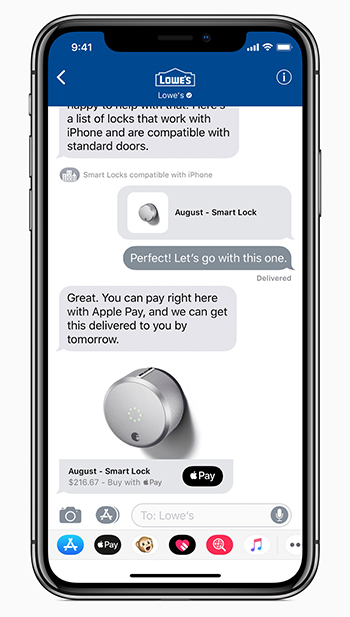 Other iOS 11.3 updates include the following, according to Apple:

What you really care about though, are Animoji. The four new Animoji that are set to join the iPhone X’s current colourful cast of 12 furry creatures include a lion, a bear, a skeleton, and a dragon.

What a time to be alive. You can find a gif showcasing of all the upcoming Animoji below:

In all seriousness, Animoji are a great use of inventive technology and I find myself using them much more frequently than I expected. I only wish there was a way to film longer Animoji clips, as well as a way to more easily share Animoji video files across platforms that aren’t iMessage.

The developer beta version of iOS 11.3 is available now, with the public release set to launch shortly after at some point in the next few weeks.