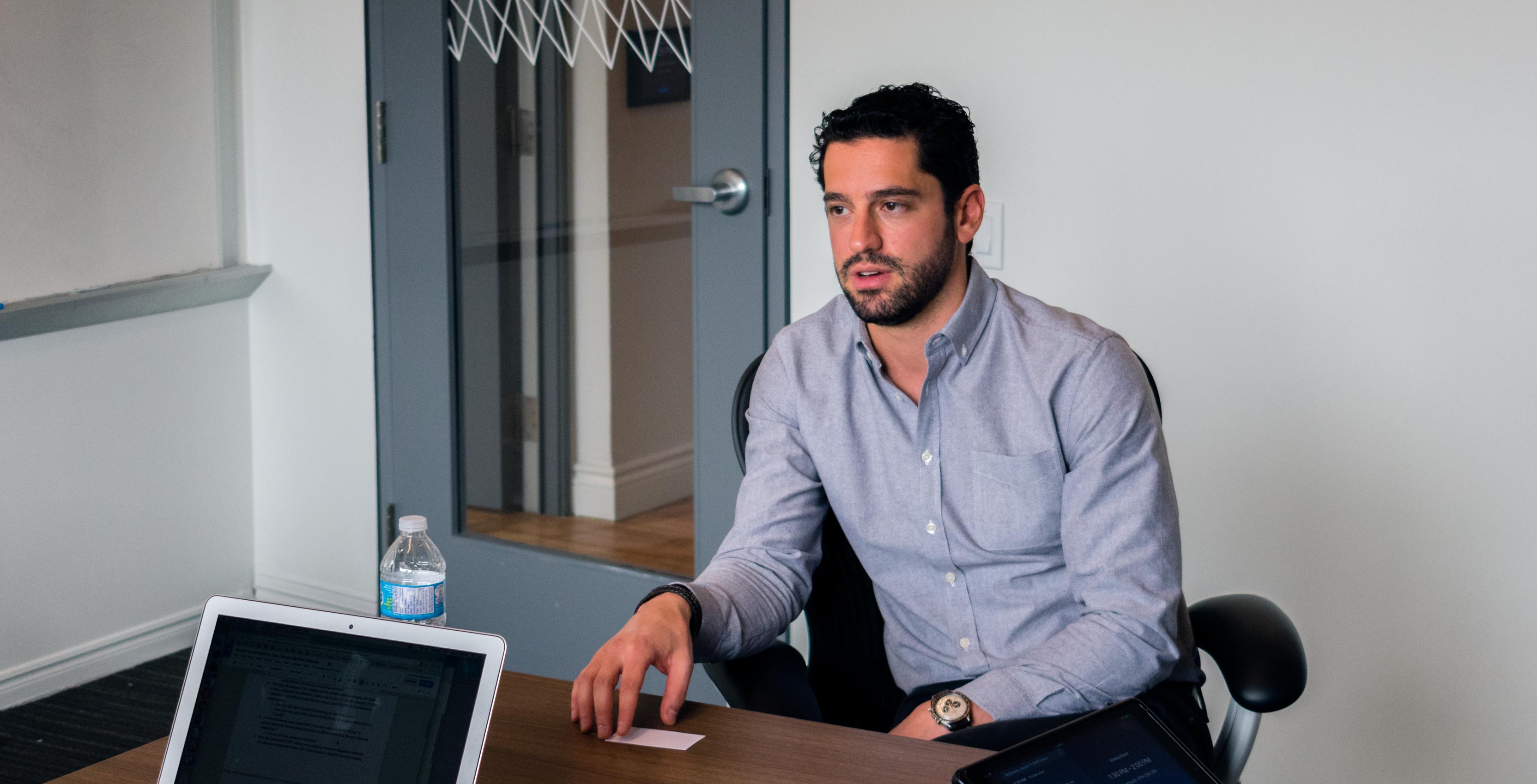 Between continued allegations about drivers committing sexual assault, sexual harassment allegations brought forward by both women executives and employees and the company’s founder and CEO Travis Kalanick stepping down, 2017 wasn’t kind to the U.S.-based ride-sharing giant.

In Canada, addendums to Quebec’s ride-sharing legislation in September 2017 meant that Uber flip-flopped on whether it would continue operating in the province. Ultimately, Uber and Quebec’s provincial government were able to work out a compromise that resulted in the company staying in the province, while simultaneously sitting back down at the negotiating table.

And that was all before news got out that hackers in 2016 had been able to access 57 million user accounts in the U.S. and 815,000 user accounts in Canada — a cybersecurity incident that Kalanick allegedly attempted to hide by paying approximately $100,000, but that eventually came to light in 2017.

Now, Rob Khazzam — Uber Canada’s newest general manager — says he sees a key opportunity for the ride-sharing giant to be a more constructive partner to cities, to its riders and drivers, and improve its strained public relationship.

The young executive, a company man and not-so-ancient history 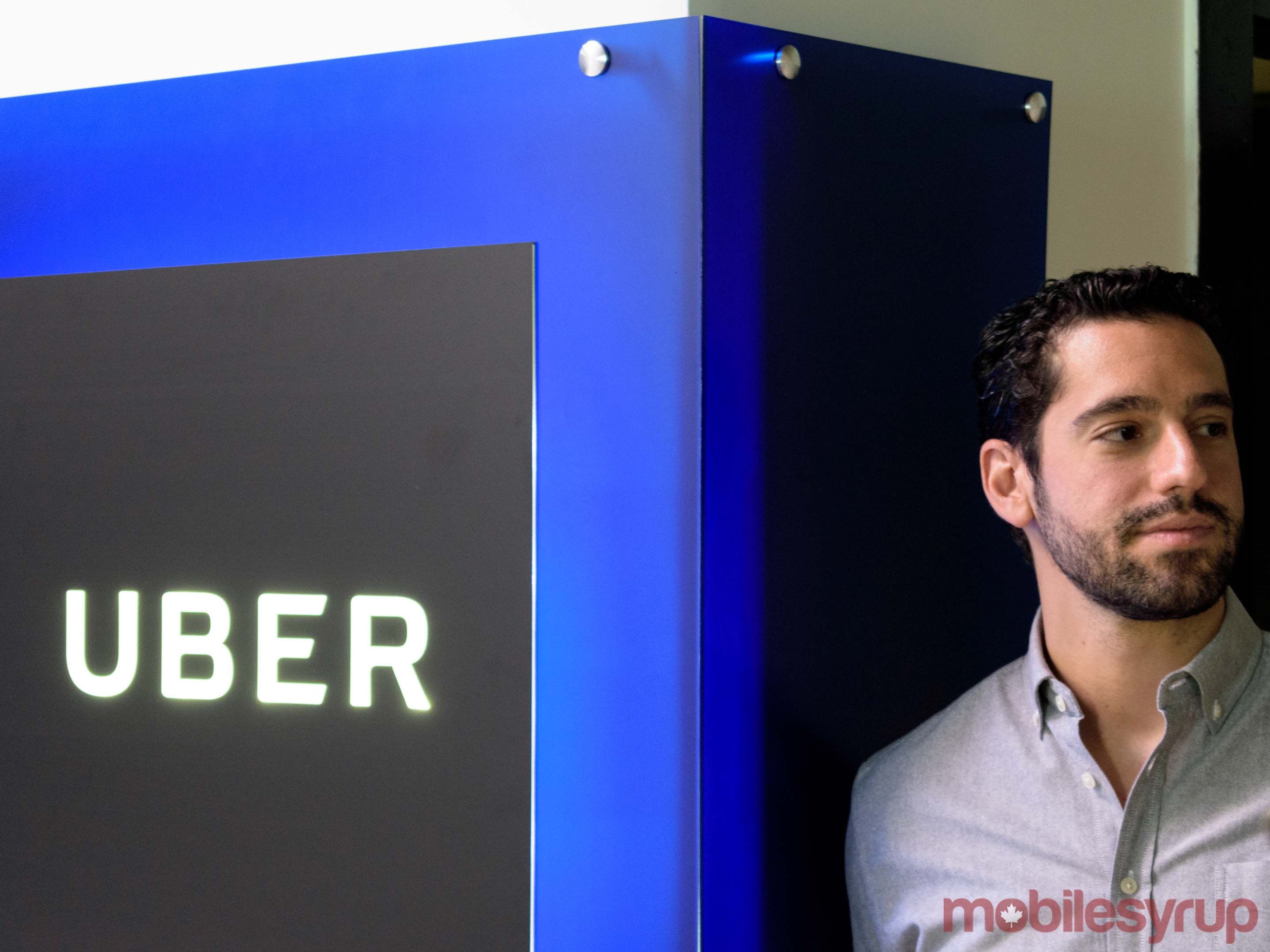 Before sitting down for an interview, for example, he checks his schedule on his phone and matter-of-factly states that he doesn’t want to be the kind of boss who shows up late to meetings with employees.

At 31-years-old, Khazzam’s also quite young — though, he’s not without experience.

As the former general manager of Uber in Central Europe and Eastern Europe, as well as the international launcher of Uber’s operations in Europe, Africa and the Middle East, Khazzam’s been with the company since 2014 — three years before some of Uber’s worst press coverage.

“…that was something we all know we could do better.”

Impressively, Khazzam is quick to acknowledge some of his company’s worst shortcomings — including the perception that the company wasn’t willing to compromise with regulators.

“I think Uber…were perceived as a bit confrontational and aggressive and not really great at explaining ourselves,” says Khazzam, to a pool of reporters gathered at Uber Canada’s King Street offices. “We were building so quickly, we didn’t stop to explain to press, the ministry of transport…what is the opportunity.”

“In hindsight, that was something we all know we could do better.” 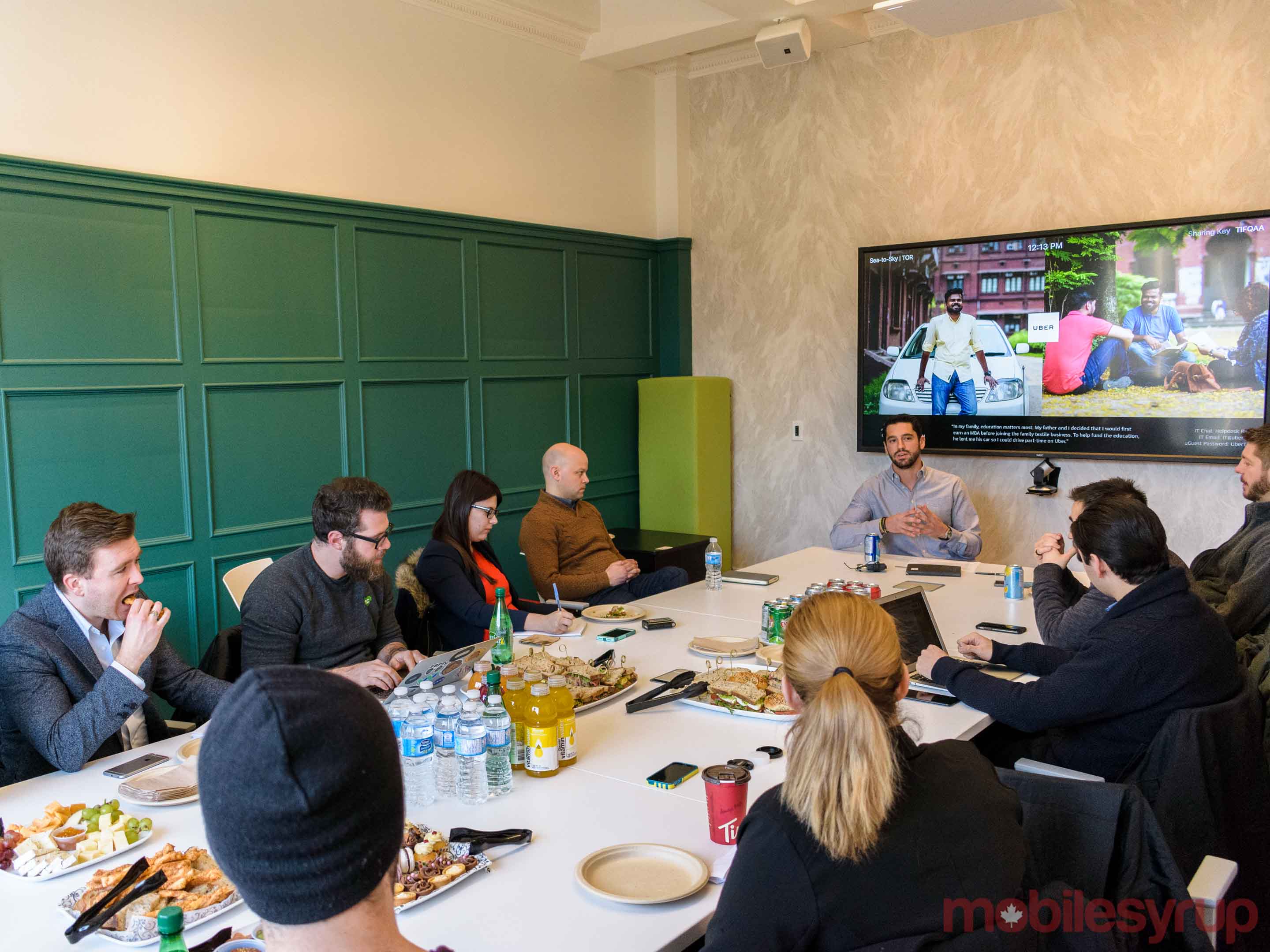 Khazzam also doesn’t shy away from the allegations of workplace harassment levied against Uber, stating that the company has since implemented mandatory sexual harassment training.

“That was not a Canada topic, that was a global topic,” says Khazzam.

He reiterates that the company has published “strict guidelines and policies” aimed at improving Uber’s allegedly toxic workplace environment.

“We’ve rolled out manager training across the company, not just on the topic of workplace harassment, but generally on what it means to be a manager — what it means to recognize issues that are reported and make sure that they’re actioned,” says Khazzam.

“We invested the largest investment in manager training across the world.”

According to Khazzam, Uber discovered that 60 percent of its executives were first-time managers. Uber hired Liane Hornsey — a Google acquisition — as its head of human resources to attempt to fix the problem.

“We invested the largest investment in manager training across the world,” says Khazzam. “Every single manager in Uber has gone through at least one round — if they’re like me, probably three or four rounds — of training to make sure they understand what does it mean to be a good coach, what does it mean to deal with issues that are escalated to you?” 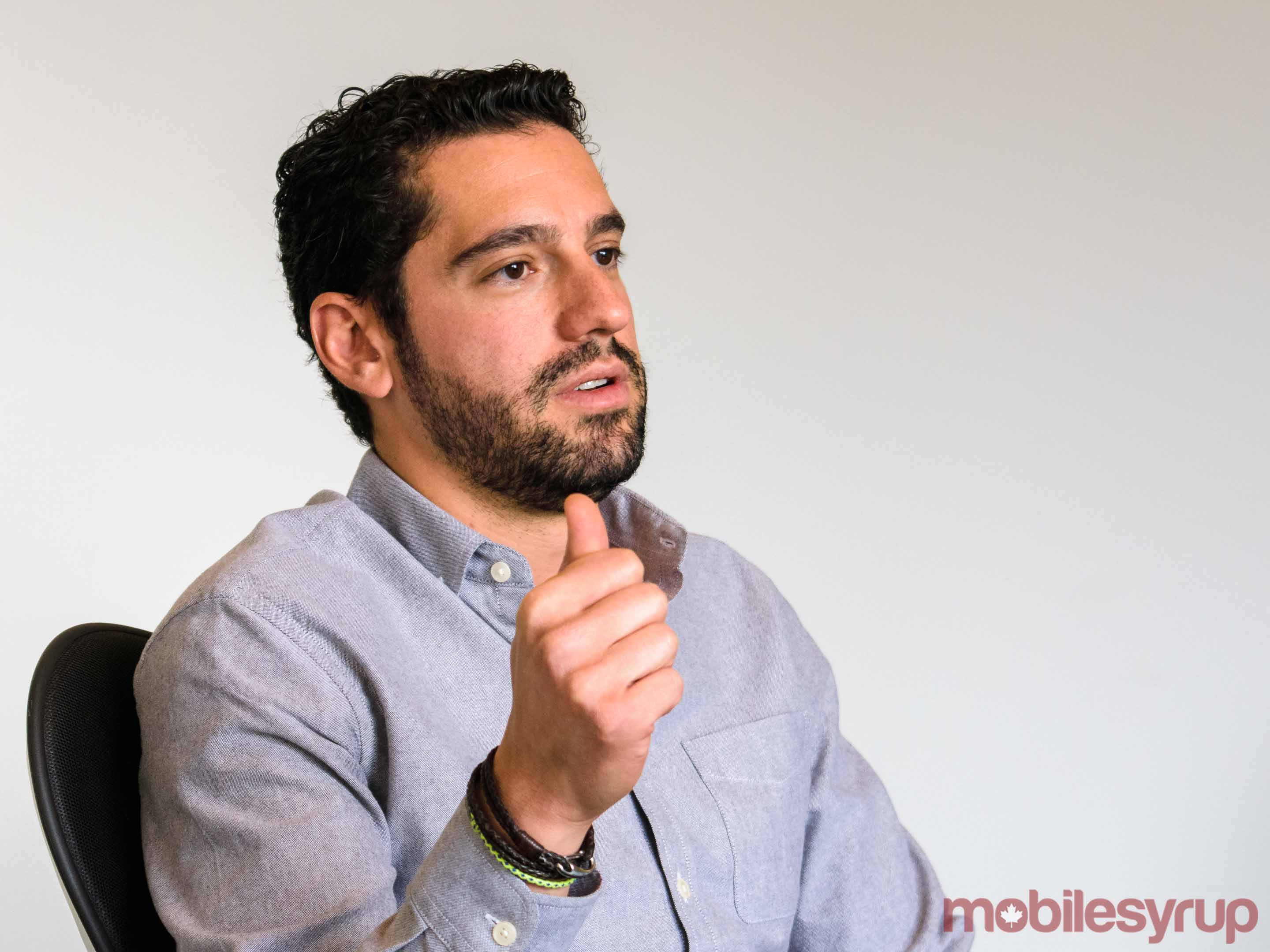 In a private interview with MobileSyrup, Khazzam later goes into more detail regarding Uber’s most recent setbacks — the 2016 cybersecurity incident, as well as the January 2018 revelation that the company had used a secret tool to prevent authorities from accessing corporate data.

“For us, the security and privacy of user information is of the utmost importance and that’s a very very clear goal which has been laid out by our new CEO Dara [Khosrowshahi],” says Khazzam, during the MobileSyrup interview. “We’re working in every local jurisdiction with relevant privacy authorities here in Canada, we’re working with the [Office of the Privacy Commissioner] to engage on this issue within the Canadian context and make sure they have the information they [need]…”

Khazzam also doesn’t deny the existence of the ‘Ripley’ security tool, instead outlining why Uber might need something like it.

“…Tools like that exist specifically to protect people’s data, meaning that if we have an employee that leaves a laptop at an airport or at a Starbucks, and someone goes onto their laptop, we have the ability to remotely turn off access to that,” says Khazzam. “So that’s really the use for that type of technology and I think, ultimately, I would just reiterate that we will always be working constructively with cities…and regulators to make sure that we’re responding to those requests.” 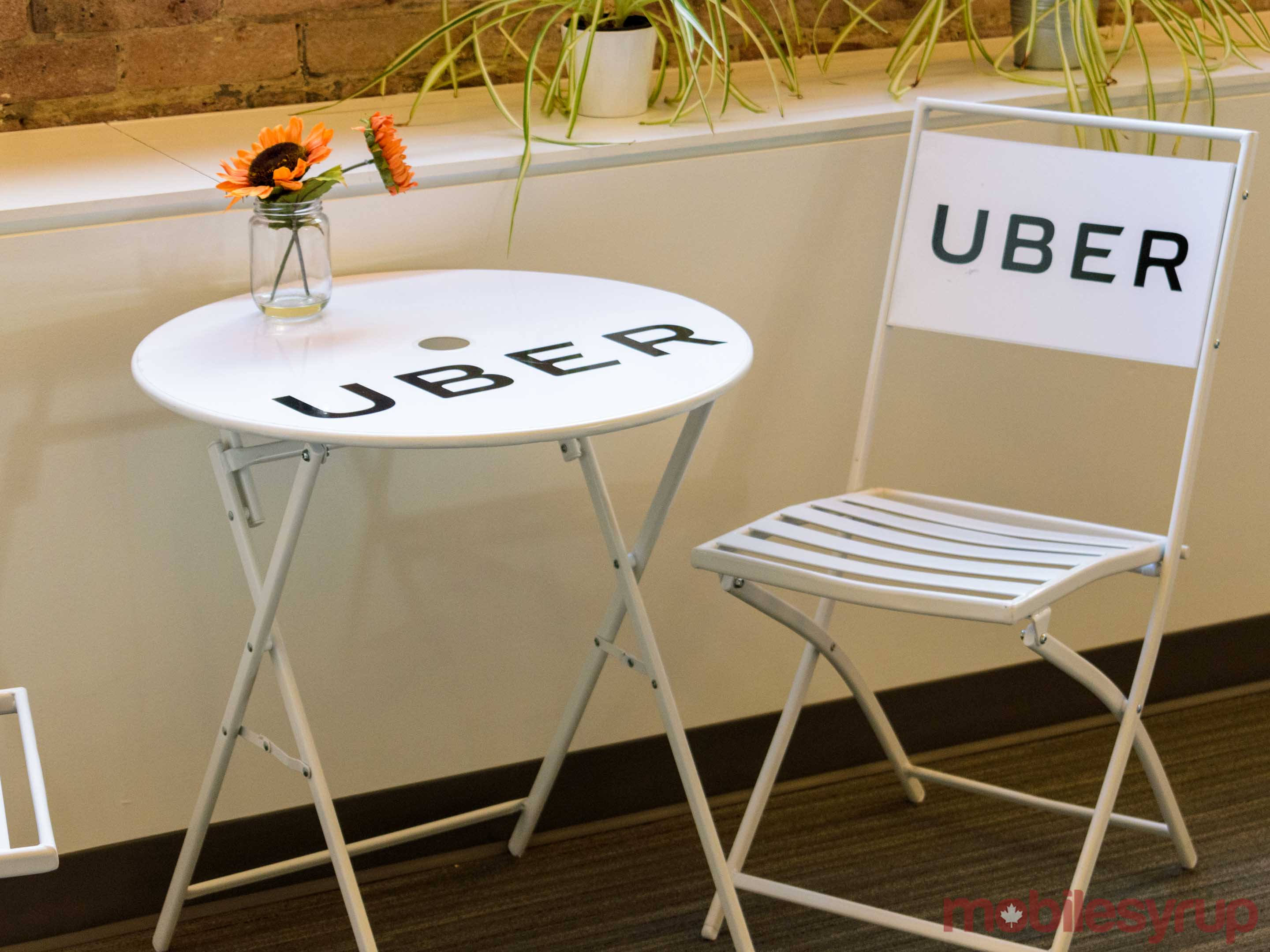 To Khazzam, his company’s competitors aren’t other ride-sharing services like Lyft or InstaRyde — he doesn’t even view public transit as competition.

“Uber’s primary competitor is personal automobiles,” says Khazzam, to the pool of reporters. “We truly love the 30-plus million cars here in Canada as our number one opportunity to make a true societal impact for congestion and mobility.”

Khazzam looks to the UberPOOL service as an example of how to innovate. UberPOOL collects two or more passengers going to different destinations along a similar path and minimizes the cost of the trip by splitting it across multiple people. 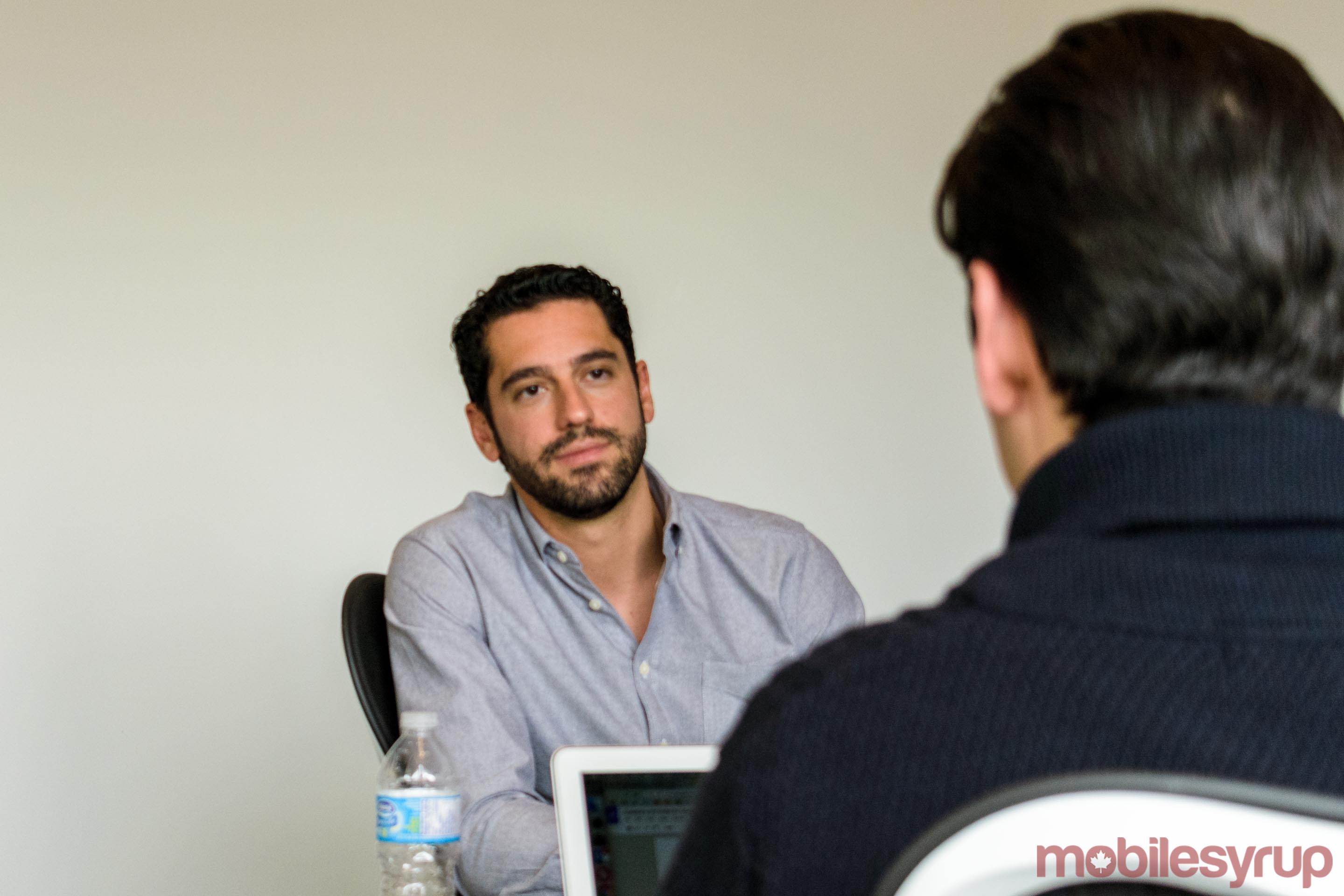 In a way, UberPOOL might be the company’s most literal interpretation of ride-sharing.

“For me, I think of that as a real win-win opportunity,” says Khazzam. “Riders get a cheaper price, drivers get more of fee-paying passengers in the backseat, and for the city and for people who live here, we’re really hopefully getting more people in fewer cars.” 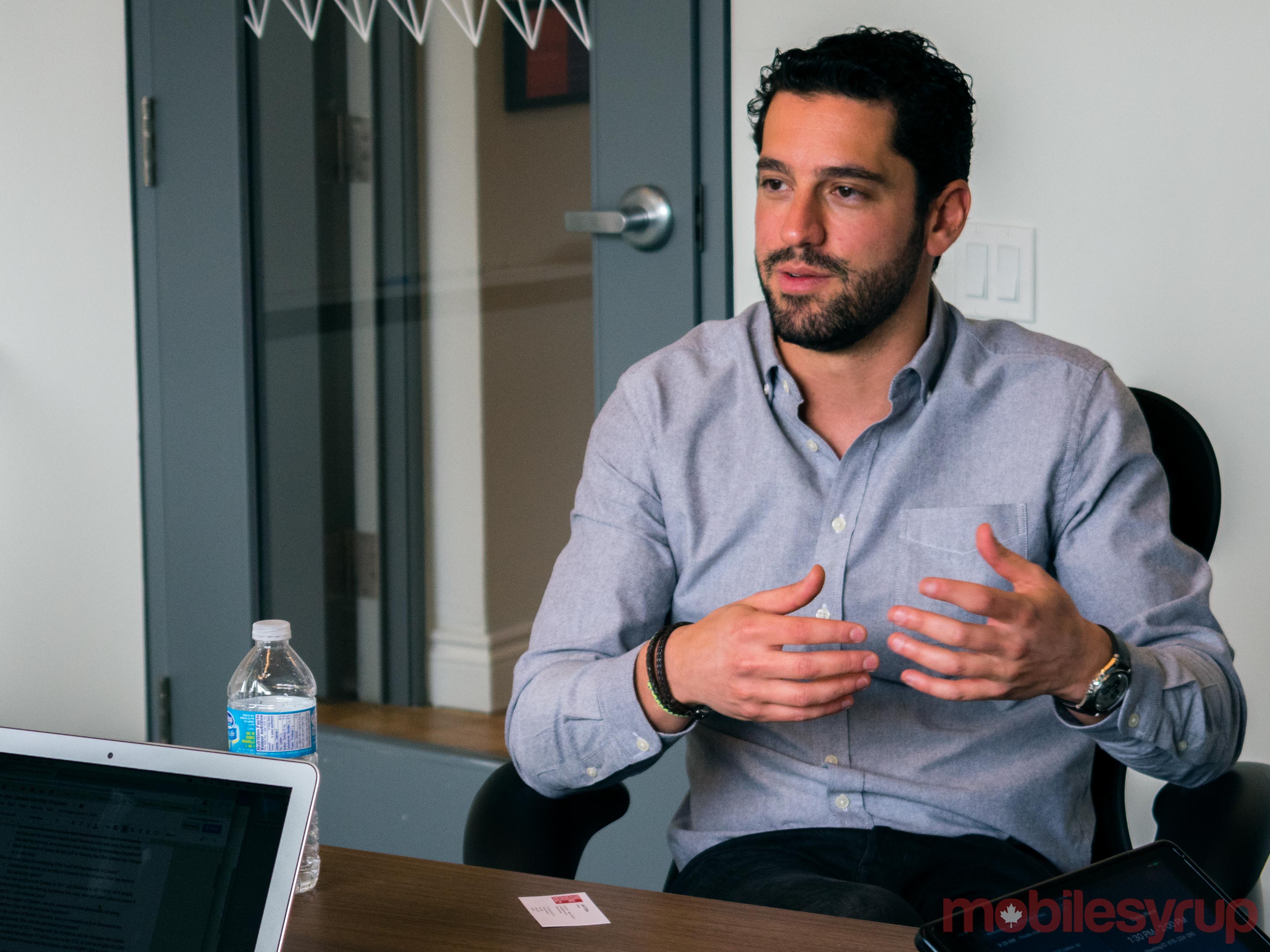 “Today, 80 percent of our business sits in Ontario and we’re really excited about what that means for Ontario and how much it’s grown and there’s a lot of opportunity ahead,” says Khazzam. “It’s not lost on us that we’ve got a number of…provinces and a huge chunk of the population that still wants access to Uber and Manitoba, Saskatchewan and British Columbia are provinces that are having active discussions about regulating ride-sharing at different stages and we’re doing our part.”

What this means is that Uber is actively involved in talks with provincial regulators to convince the provincial governments that ride-sharing won’t eat away from existing transportation industries.

“We only operate in markets where Uber is regulated, we’re not the regulator, that’s not our place,” says Khazzam. “Our job is to make sure we’re a constructive partner at the table and my hope is that in 2018, we’ll see progress in those provinces and that one day people of Winnipeg, people of Vancouver and these various cities — these great cities of Canada — are all gonna have access to Uber as well.”

It’s a lofty goal — a seemingly Herculean challenge, especially in the face of the company’s potential appearance to the public.

Suffice it to say, it’s a challenge that the company is more than positioned to accept, and one that Khazzam seems well-equipped to handle.

However, time will only tell if Uber is able to recover from an exceptionally turbulent 2017.