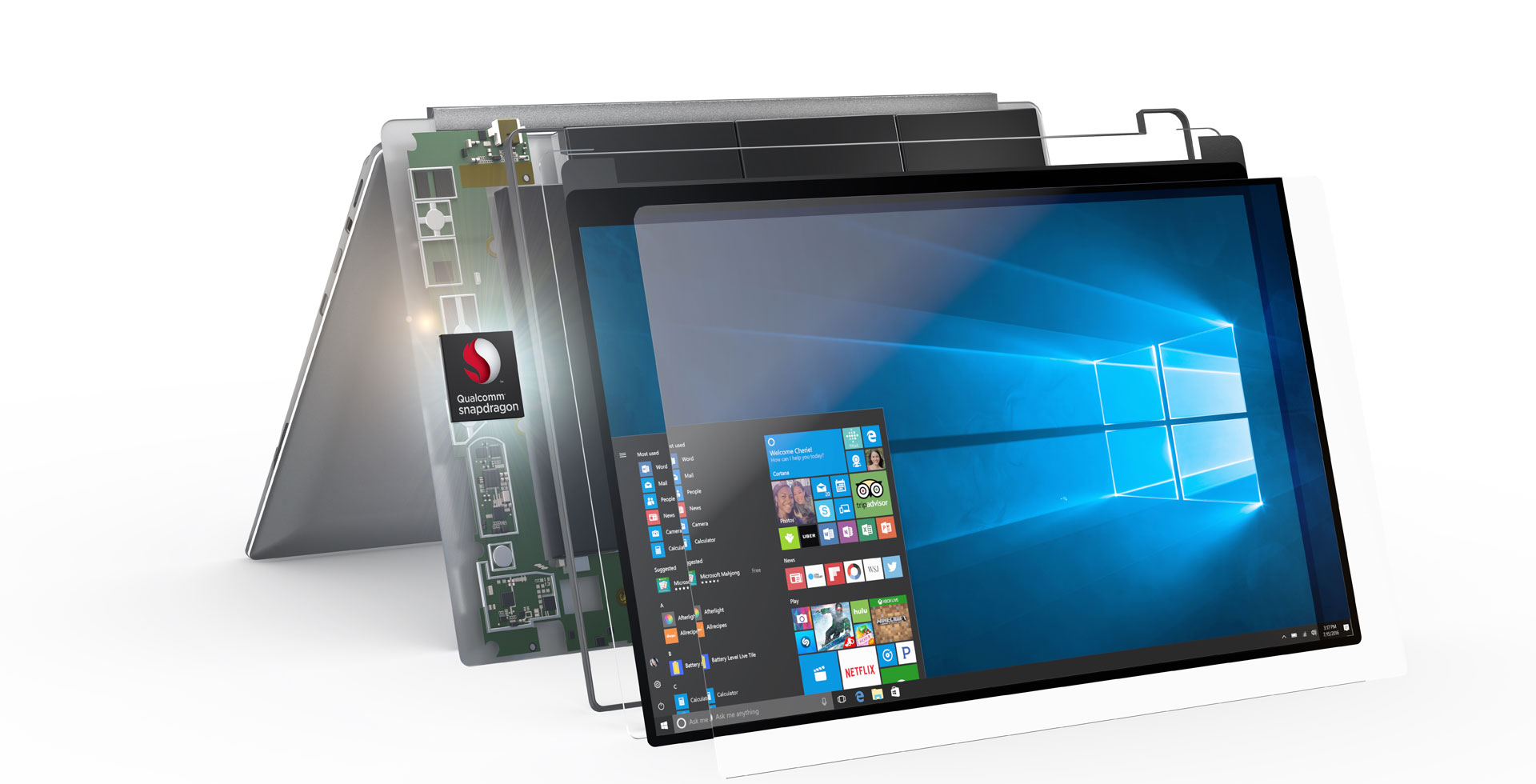 Qualcomm has plans to branch into higher-end LTE-connected PCs in the future courtesy of a partnership with AMD.

The company announced the collaboration at its Snapdragon Tech Summit in Hawaii, stating the two will build PCs on AMD’s Ryzen platform while incorporating Snapdragon LTE modems for mobile connectivity.

The Snapdragon 835-powered laptops debuted today at the company’s Snapdragon Tech Summit — Asus’ NovaGo and HP’s Envy x2 — are by no means budget, but the mobile chipset has its limitations and the NovaGo’s $599 USD pricing makes its market tier clear.

This leaves an opening for a competitor like Intel to swoop into the high-end connected laptop space. In fact, Intel’s May announcement that it will support eSIMs in all its existing and upcoming modems shows it has the intention to make a serious play.

Qualcomm and AMD’s announcement, however, shows the chipset companies have a plan in place for mitigating this competitive threat.

The companies provided no other significant details about the partnership, though more may come out over the next few days of the Snapdragon Tech Summit.