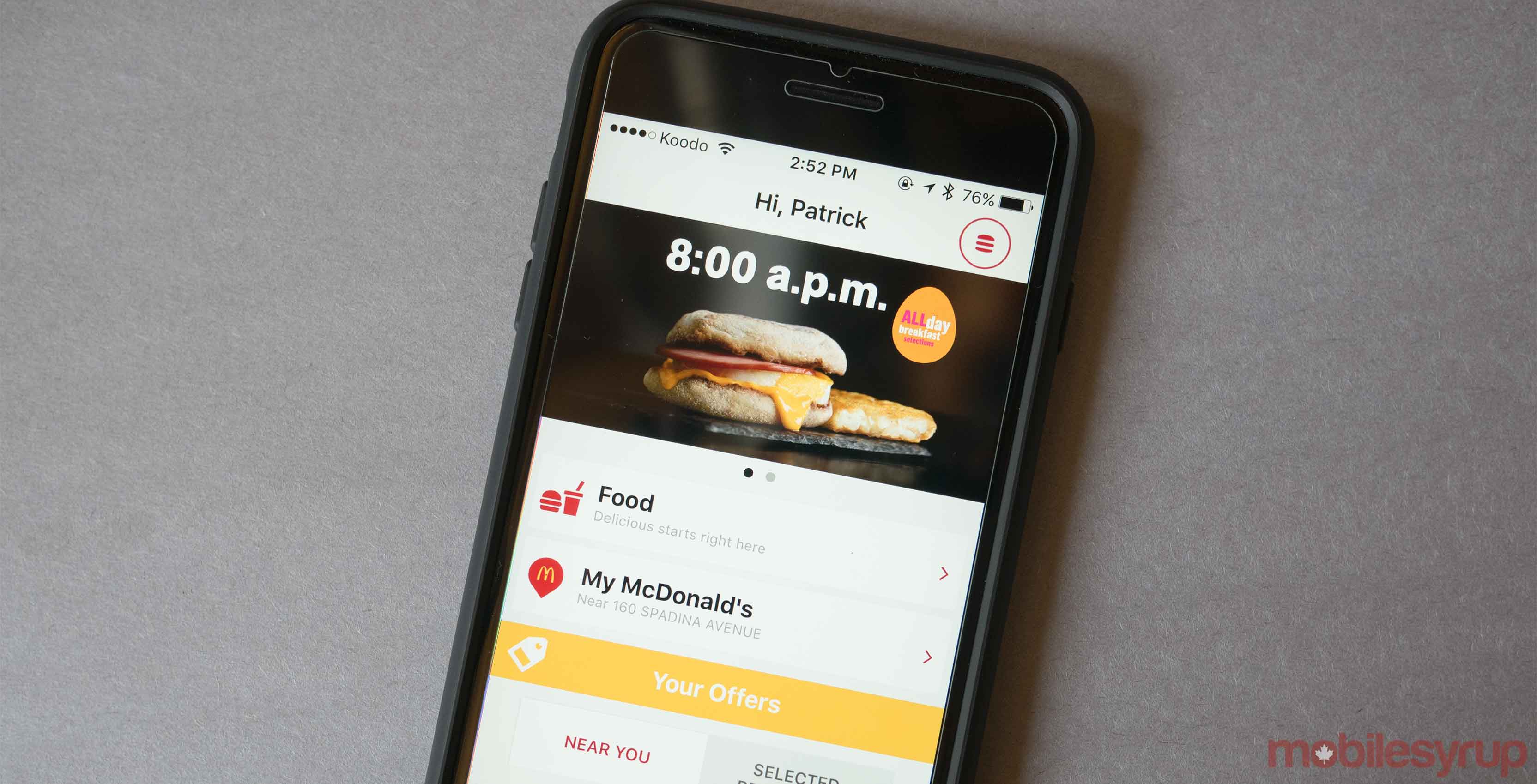 McDonald’s Canada recently launched its mobile order and pick-up service in Ottawa and Calgary, after previously releasing the feature in Hamilton, Edmonton and Quebec City.

It seems this launch was only the beginning, with McDonalds now expanding the service to locations in Ottawa and Calgary. Through McDonald’s My McD’s app, users can also search for mobile ordering locations across Canada.

The app features several different options, such as ‘Table Service,’ which allows food to get sent directly to the table a customer’s table in the restaurant; ‘Drive-Thru,’ lets users pick up placed orders ahead of time through the drive-thru; ‘Curbside Service,’ allows users to have food delivered straight to their car by entering their parking stall number when they arrive at the McDonald’s; and ‘Front Counter’ lets users pick up food from the restaurant’s counter.

The service is somewhat similar to the Starbucks and Tim Hortons mobile order and pick-up apps.

McDonald’s My McD’s app is available on iOS and Android.