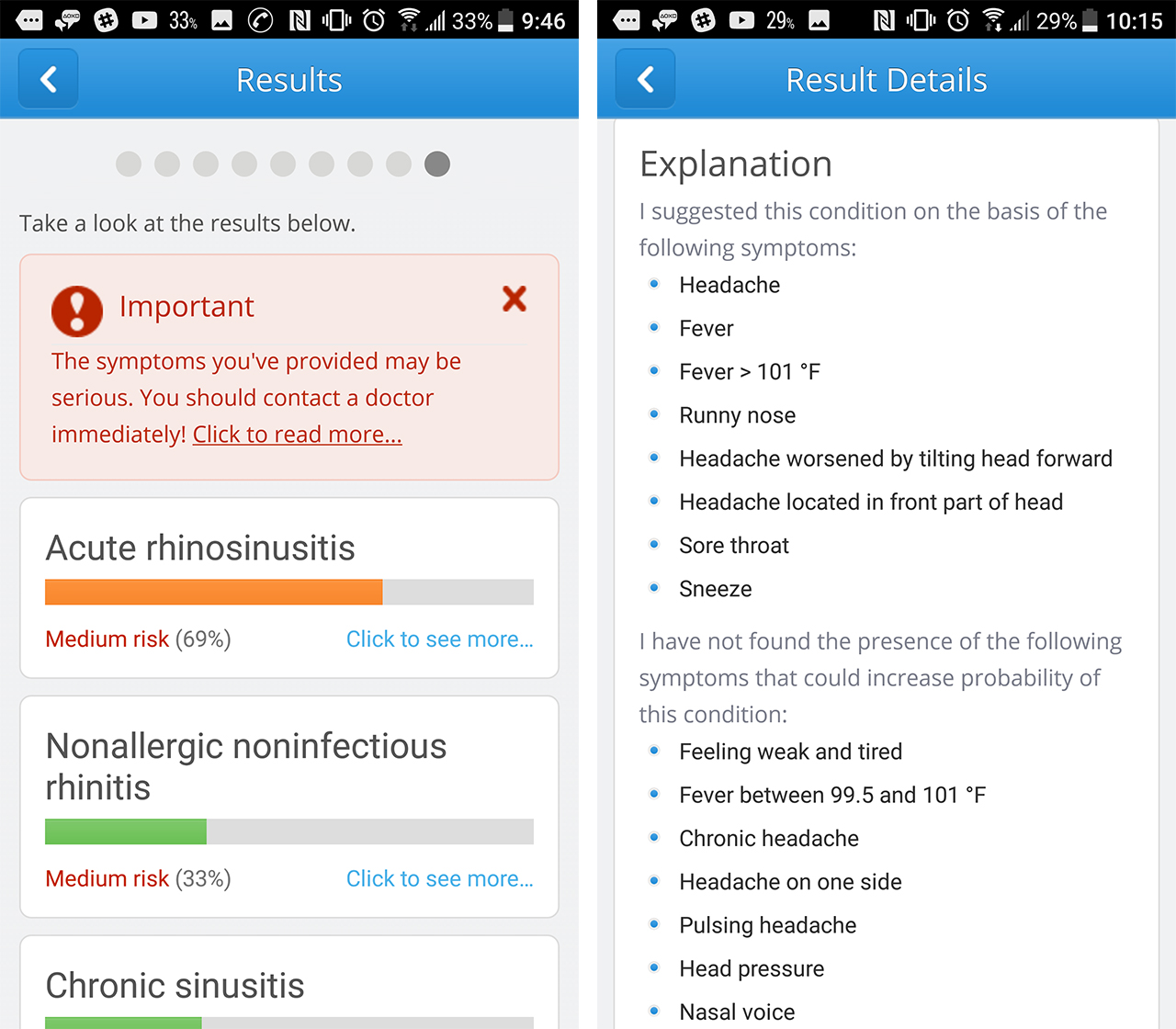 If you’re a hypochondriac, you might want to stay away from this app.

What if one day, your nose is feeling stuffy, your ears are blocked, and you have a runny nose. You may be curious if the symptoms are serious enough to warrant medical attention. This is the perfect time to download Symptomate, as this pocket-sized mobile app doctor can help you out.

Symptomate, an app developed by Infermedica and designed by doctors, can help figure out if doctor assistance is necessary.

However if you’re bleeding, or coughing up blood I suggest you go straight to your doctor, or nearest hospital, instead of asking Symptomate for a diagnosis. 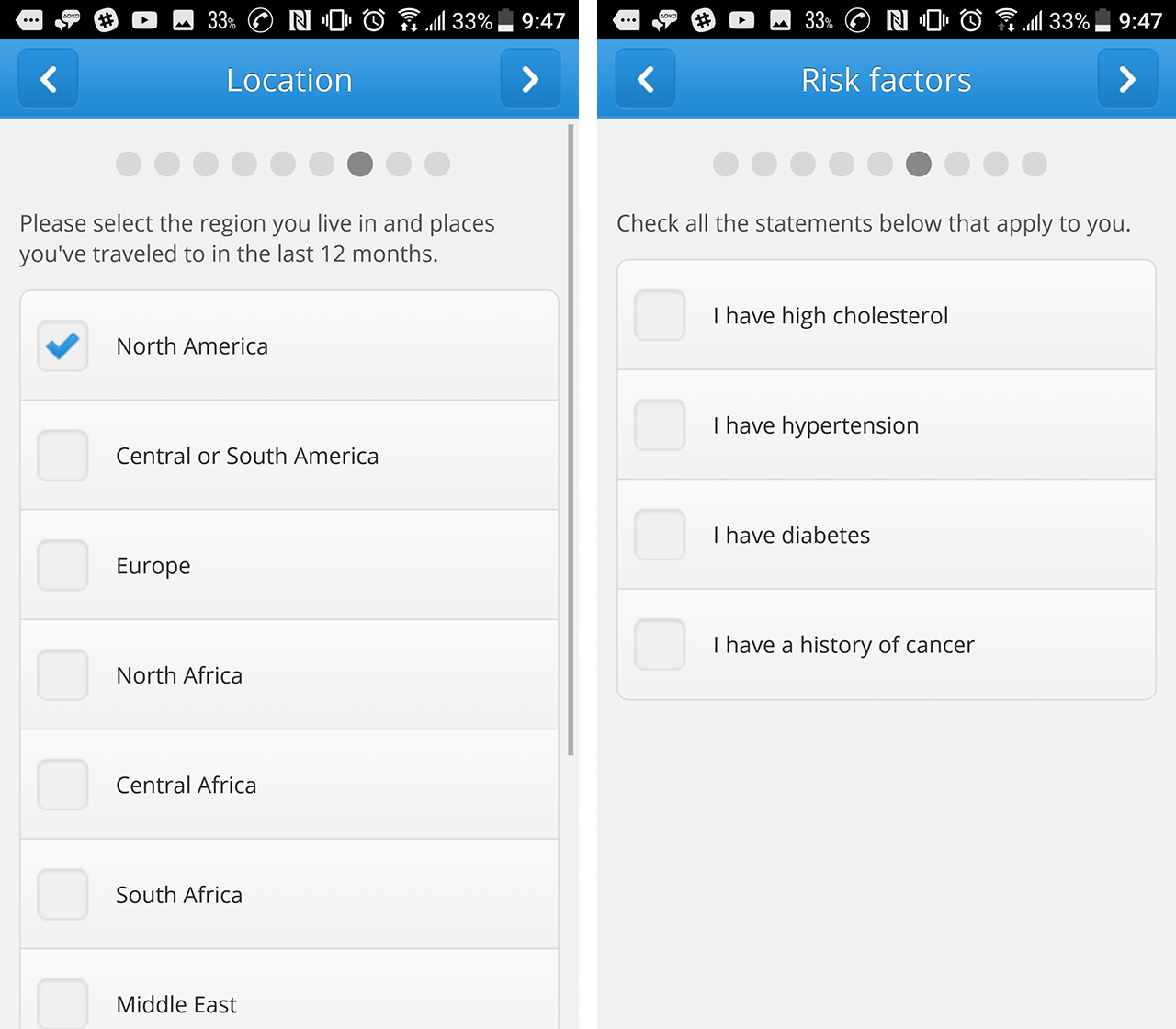 Symptomate is easy to use; the app first asks for your gender — though, it only offers male or female — age, height and weight. Afterwards it displays a list of common symptoms and question, “Do you have any of the following symptoms?”

After checking the correct symptoms you’re able to move to the next page, which asks you to add additional symptoms. The following page questions if there are any risk factors, such as a history of cancer or high cholesterol. Subsequently the next page logs your general location, such as North America, Middle East, or North or Central Asia.

Following location is the most important page for Symptomate, as it tries to pinpoint exactly what illness you may have by asking a series of questions. The questions range from if “your headache started suddenly?” to asking about your temperature, or if any legions have appeared in particular parts on your body. The questions are based on all of the previous information you have given the app. 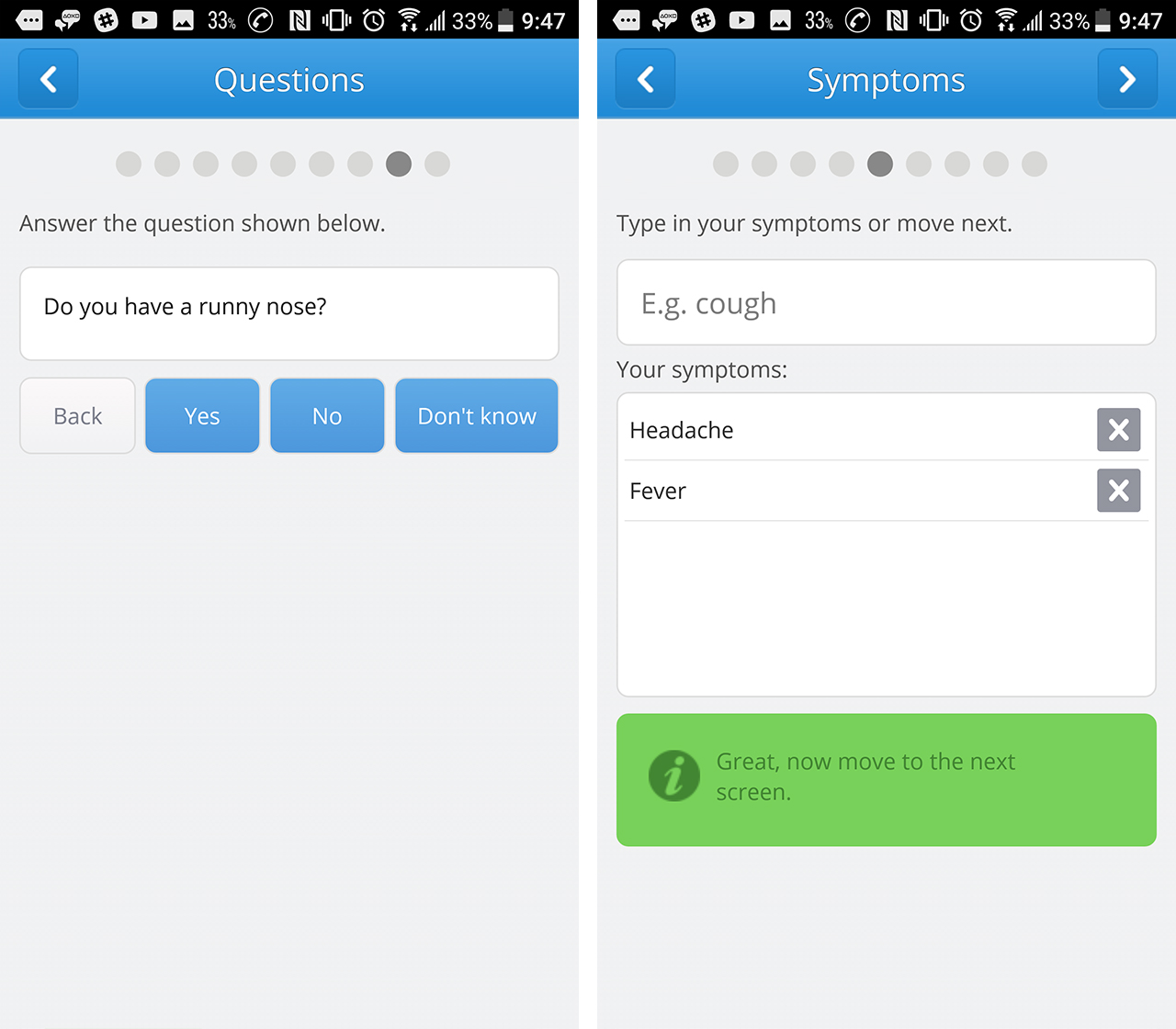 After the series of questions, the last page lists possible illnesses and informs what ones you are mostly likely to be afflicted with. Depending on the results, or if it’s something more serious such as Gonorrhea, the app will suggest you seek medical attention immediately. Tapping on one of the results provides more information about the illness, as well as the methodology behind why Symptomate believes you may be suffering from a particular sickness.

There is also is also an important notice at the bottom of the page. “This list may not be complete. Only a licensed medical provider can diagnose and treat illnesses.”

Though this notice is true, I received a very accurate report as it told me that I had the common cold — and I indeed, I do have a cold right now.