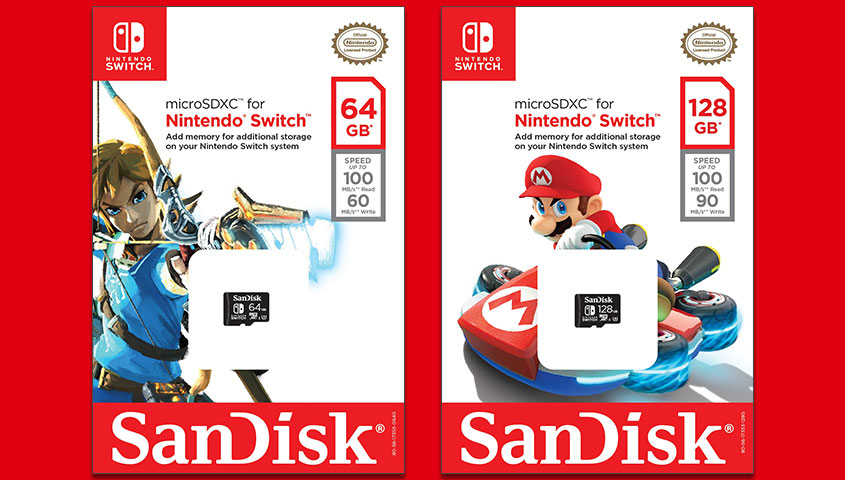 If you’re like me and are doing your best to keep your Nintendo Switch an all-digital device — meaning you’ve only purchased digital games for the console — then it’s likely that you already own some form of microSD card.

Now, Nintendo has partnered with Western Digital to offer officially Nintendo-licensed microSDXC memory cards for the Switch that come in 64GB and 128GB variants.

Are these cards any better than the standard microSD cards that are available at your local Best Buy? Not really.

It’s worth noting that along with this announcement, it seems Nintendo has confirmed that the Switch — which only features 32GB of on-board storage — now allows game developers to require a microSD card. The first title to feature this requirement is NBA 2k18.

Canadian prices for the new line of microSD cards have not been announced yet.