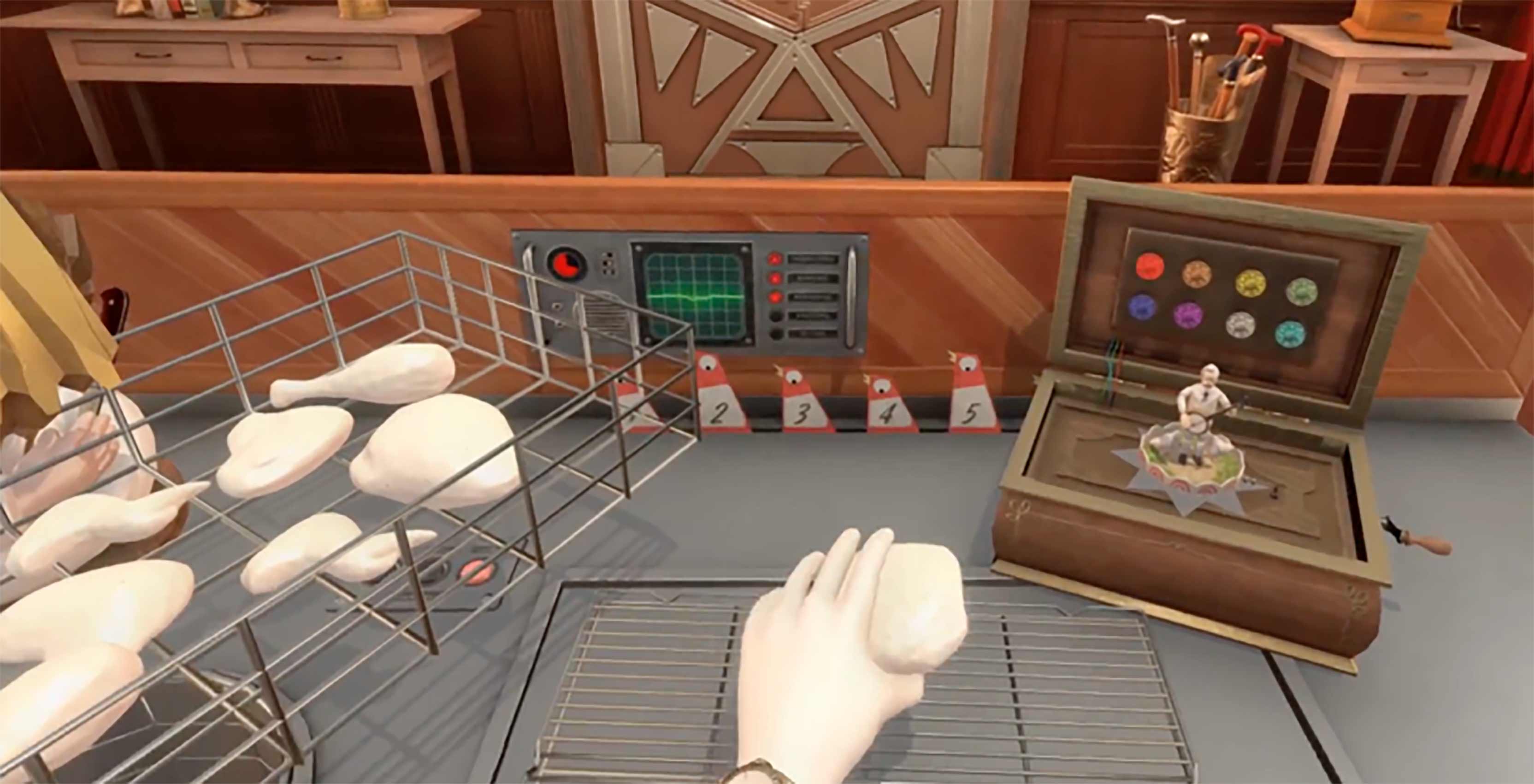 Virtual reality has many applications. It can be used for gaming and other forms of entertainment, such as movie tie-in experiences or livestreams of concerts. VR can even be used to help treat phobias and other disorders. Now, the tech is now being used to train new hires at fast food restaurants.

This week, KFC revealed a 10 minute Oculus Rift VR experience that helps train incoming employees on how to cook the fast food chain’s signature fried chicken. On paper, this sounds like a neat, modern way to engage and educate new employees. That is, until you watch a playthrough of the VR experience, which is, quite frankly, incredibly bizarre and even terrifying.

You’re placed into a small locked room filled with machinery. Colonel Sanders’ voice booms over a P.A. system as uncooked meat falls out of the sky. Sanders menacingly orders you to cook chicken in the “hardest way possible.” In this case, that means learning five-step cooking process — inspecting, rinsing, breading, racking, and pressure-frying, all while Sanders cackles and cajoles you.

However, the Colonel seems to be somewhat unstable during all of this. He’s hellbent on getting the best chicken possible, to the point that you’re unable to leave until you help him with his perilous poultry problem. At one point, he even says “will you escape, or be trapped in here with me forever?”

If you’ve ever played BioShock, it’s honestly rather reminiscent of the game’s iconic city of Rapture — an eerily creepy location filled with mechanisms, posters and statues that immortalized objectivist founder Andrew Ryan, whose commanding voice was heard over speaker systems.

In a statement to food site Eater, KFC said the game won’t replace the existing “Chicken Mastery program” used to train new cooks, which normally takes around 25 minutes to complete. “This is intended to be a fun way to celebrate the work KFC’s more than 19,000 cooks do every day in every restaurant across the U.S. in an engaging way,” the company said. There’s no word yet on whether KFC Canada cooks will get a chance to enter this dystopian nightmare.

This isn’t the first time KFC has embraced technology this year. In July, the company announced a Colonel Sanders-themed Huawei phone exclusive in China to celebrate 30 years of both companies doing business in the country. Later that month, KFC also revealed a chicken box that doubled as a game controller, for those into that sort of thing. Two years prior to that, the company introduced a chicken bucket that also acted as a Bluetooth printer.

Do you think KFC’s use of technology is finger-lickin’ good? Let us know in the comments.