KFC made a chicken box with a built-in game controller 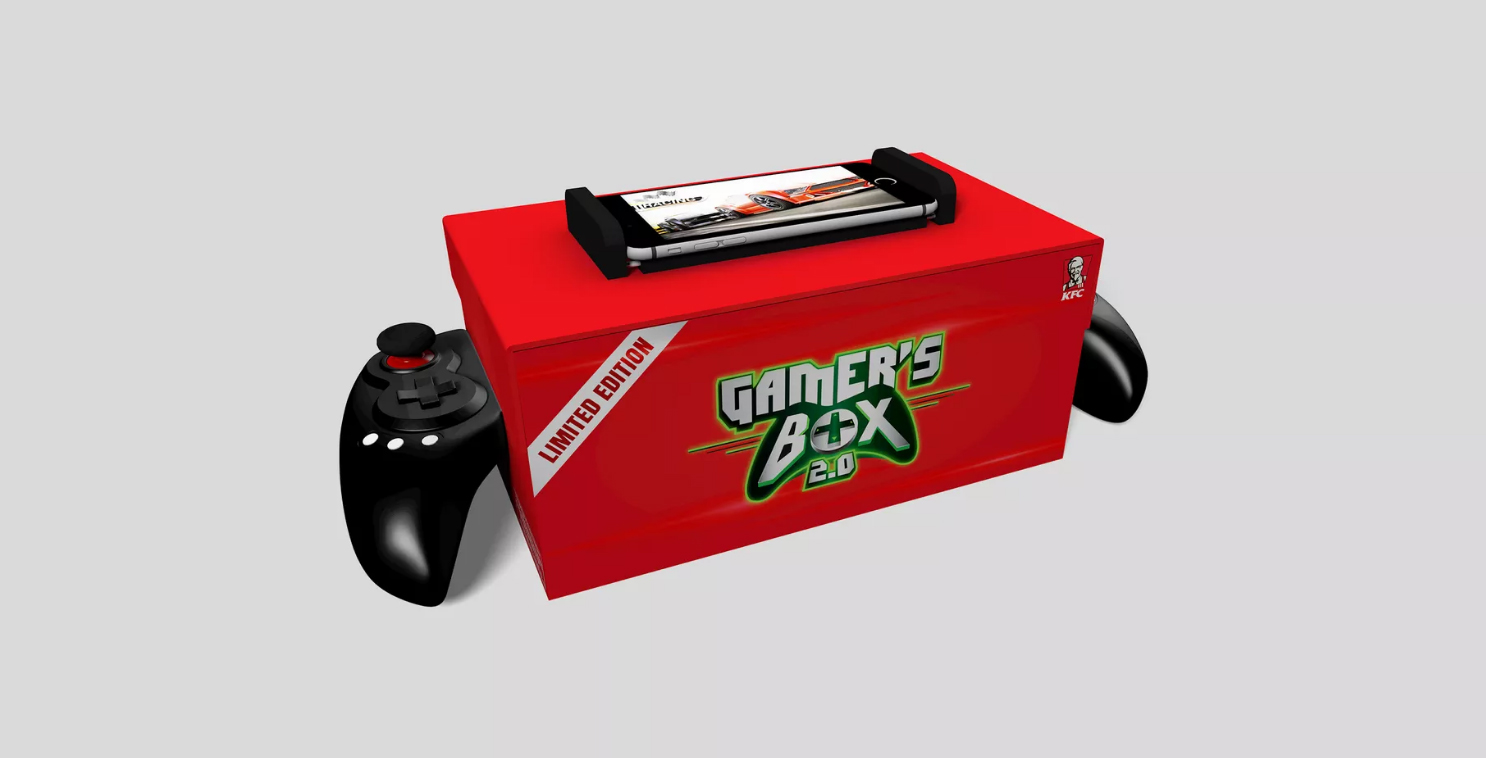 It seems the major global fast food chains are now locked in a showdown of technical innovation.

Let that sink in.

It’s a box that will hold your fried chicken — already an immensely valuable task — with two halves of a controller embedded on either side.

Users just need to pair their phone with that controller, pop their phone in the mount provided on the top of the box and occasionally grab a few pieces of chicken from within when they get a little hungry.

It’s a far more impressive technical feat than the McDonald’s Boombox, but McD’s still wins points for ubiquity. While it’s easy to get your hands on a Boombox, this cutting edge gamer box is the result of a partnership between Mountain Dew and KFC in India, and only 10 boxes total are available as contest prizes.

It doesn’t state in the contest posts that you must be a resident of India to win the box, however, so in case you’d like a shot at a chicken-obsessed gamer’s dream come true, tag a friend in KFC India’s Facebook, Twitter or Instagram posts.

While this gadget breaks new ground in the intersection of food and games, it’s not the first time KFC has made a Bluetooth-enabled gadget out of something that generally holds chicken.

In 2015, KFC released a chicken bucket that doubled as a Bluetooth photo printer to celebrate 60 years in Canada.