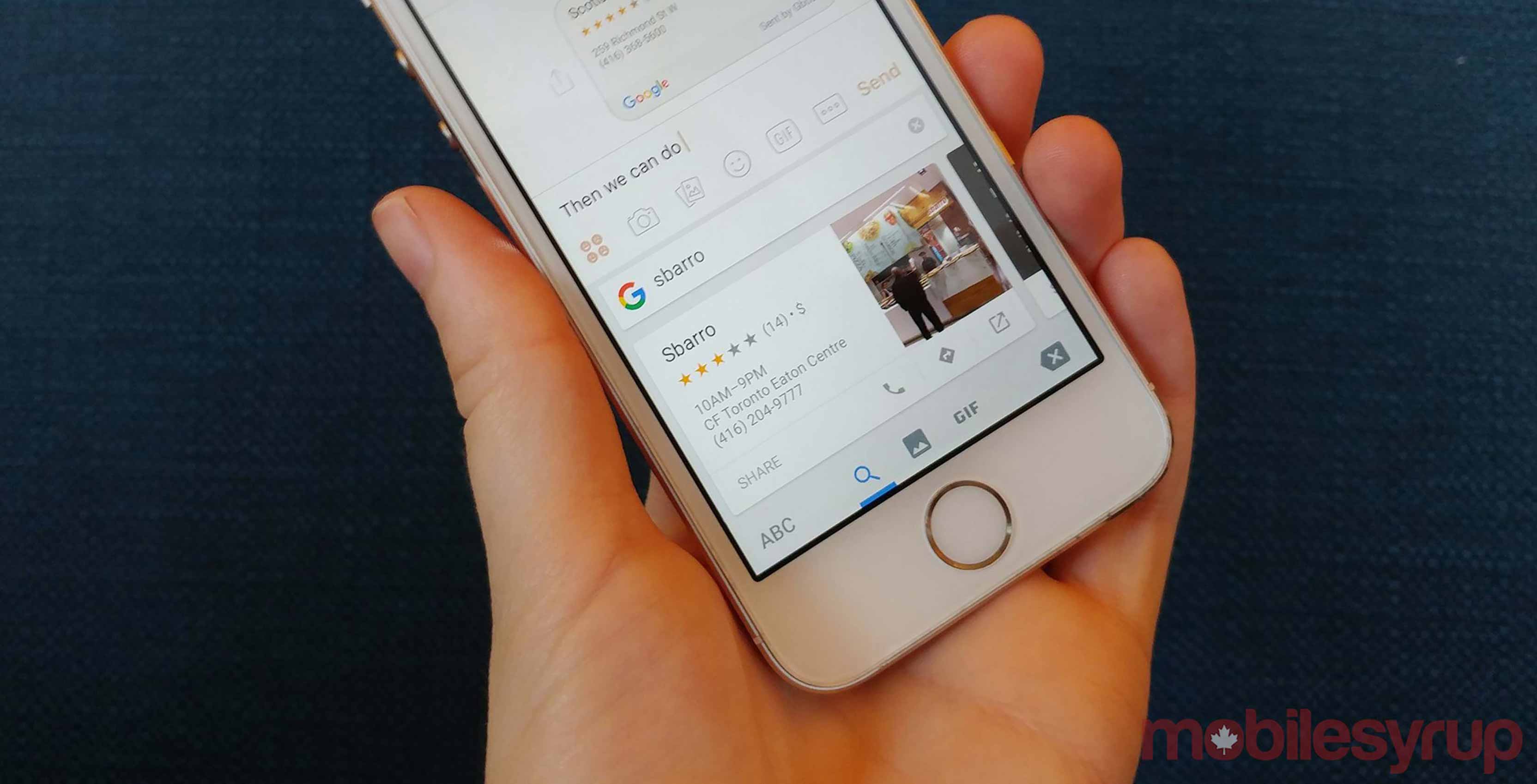 The app allows users to search and send information, such as nearby restaurant locations, GIFs, emoji and more, right from the keyboard.

All of the emoji from iOS 10 will also now be able to be used.

Voice typing is also added in the update, allowing messages to be dictated by holding the mic button on the app spacebar.

And finally, Google Doodles — animations that honour holidays, anniversaries and notable people — are also being added. On days when there’s a Doodle, the ‘G’ button now animates and can be tapped to learn more information about it.

Gboard launched in May 2016 on iOS devices and can be downloaded here. It later released in December on Android and is available for download here.