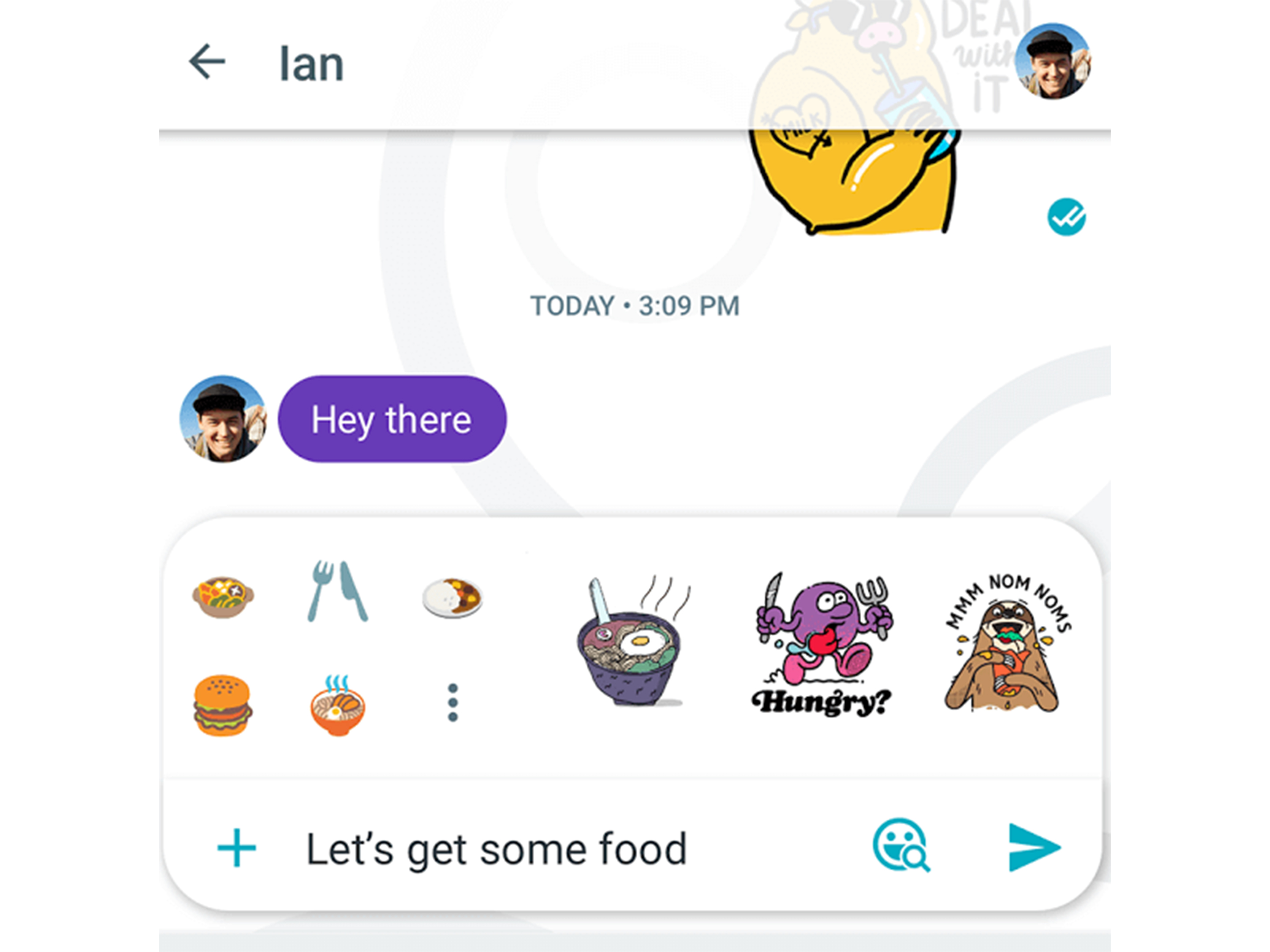 Google has dropped an update for its smart messaging app All0 that includes a variety of new features.

First, ‘Smart Smiley,’ which is only available in the English version of Allo right now (Google says it plans to expand the feature other languages soon), gives users an easy way to select the correct emoji when writing a message. Taping the Smart Smiley button in Allo now suggests relevant emoji, operating very similarly to the emoji functionality built into the Touch Bar version of Apple’s new MacBook Pro.

If you haven’t started typing yet, Smart Smiley suggests stickers based on the words you previously typed in the message thread, analyzing its content for context.

If Smart Smiley hasn’t shown up in your version of Allo, Google says that it’s rolling out the feature on both iOS and Android on a worldwide basis over the next few days.

Google has also partnered with Warner Bros. to bring stickers based on the Fantastic Beasts and Where to Find Them. When there’s a sticker pack you don’t have yet, you just need to tap the sticker to start downloading it, making the process significantly easier than it was before.

The final part of this update adds 14 new background themes with colourful names like “watermelon” and “sorbet.”

While these updates are welcome, Google’s most significant obstacle when it comes to Allo is that it’s yet another app in a crowded industry full of similar messaging applications, with the search giant already offering a variety of different messaging platforms of its own.

Most people use the messaging app their friends are on, and if that particular communication platform doesn’t happen to be Allo, it’s unlikely they’ll be convinced to jump to yet another service.