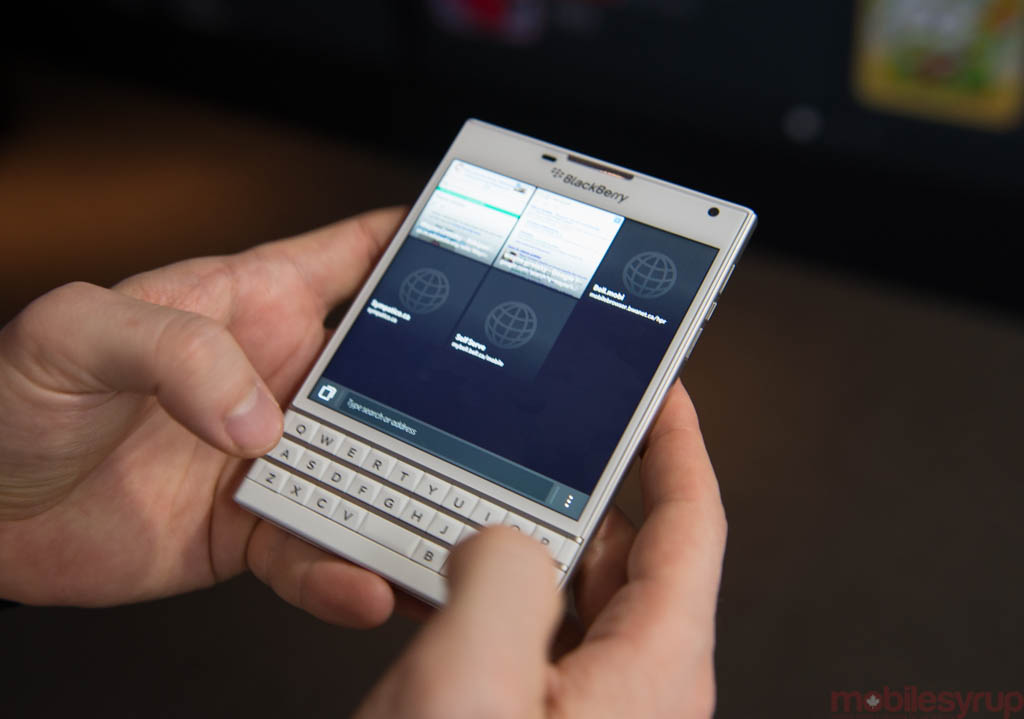 Starting on November 9th, the Telus MyAccount app will no longer work on BlackBerry 10 devices, the carrier announced today via a message sent to customers.

Moving forward, BB10 users will need to visit telus.com/myaccount to make changes to their account from their mobile device. In its message to customers, Telus does not provide a reason for the move.

Telus is not the first major company to pull software support for BB10. Earlier in the year, WhatsApp announced it will discontinue native app support for BB10 by the end of 2016. Parent company Facebook effectively did the same when it updated its BB10 app in March to feature a browser-based interface. 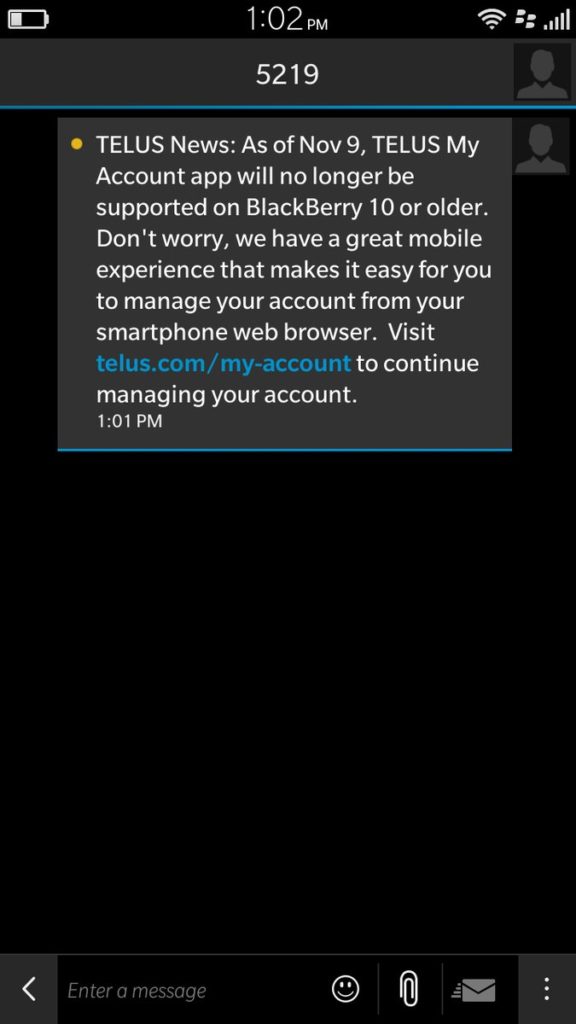