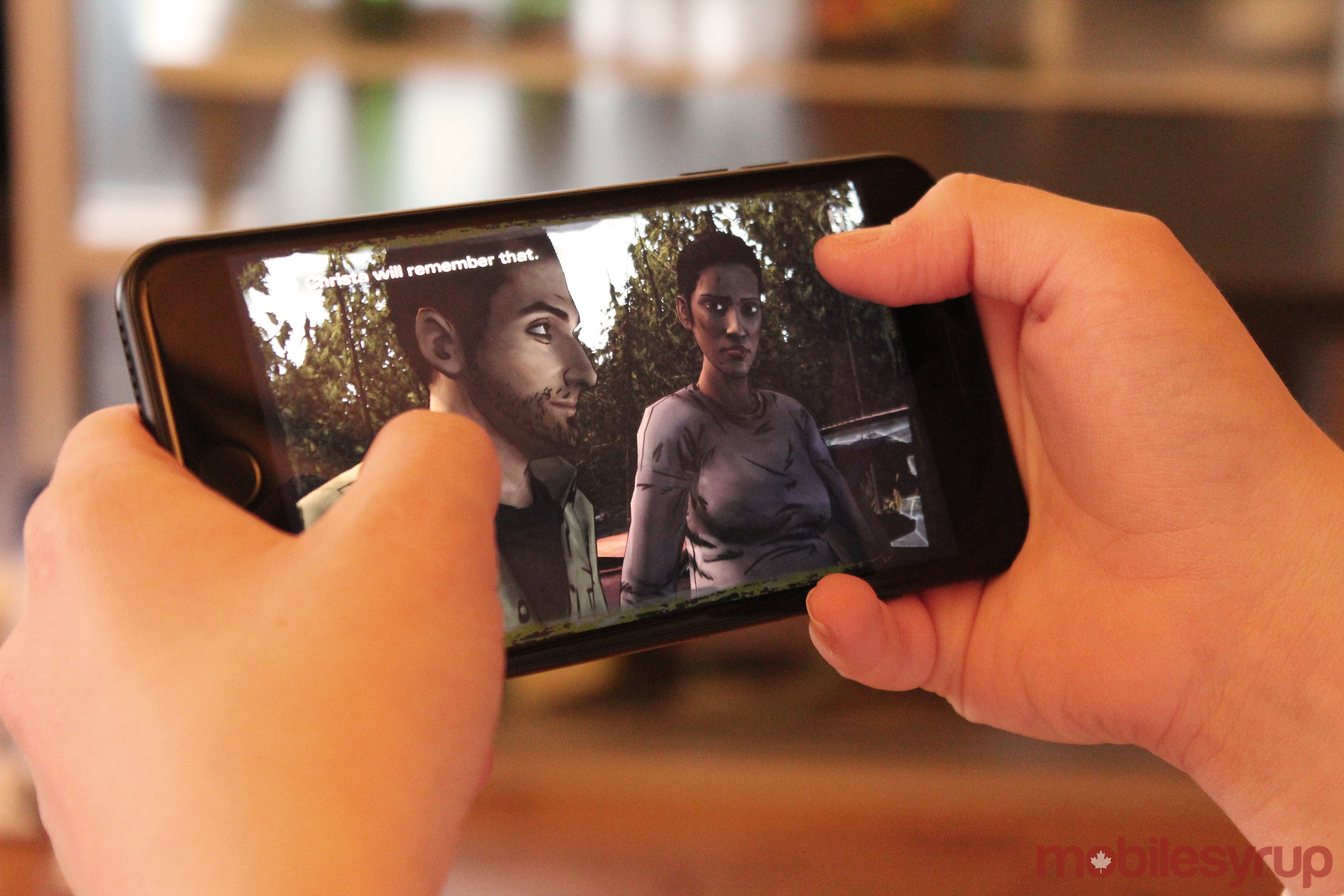 Happy Halloween seems like a contradiction in terms since the whole point of celebrating All Hallows’ Eve is to be scared out of your wits. Yet, it’s true that being frightened is oddly fun.

Luckily, there are plenty of mobile games that can help us exorcise our need for a good scare. Here are some suggestions to help you get in the Halloween spirit. 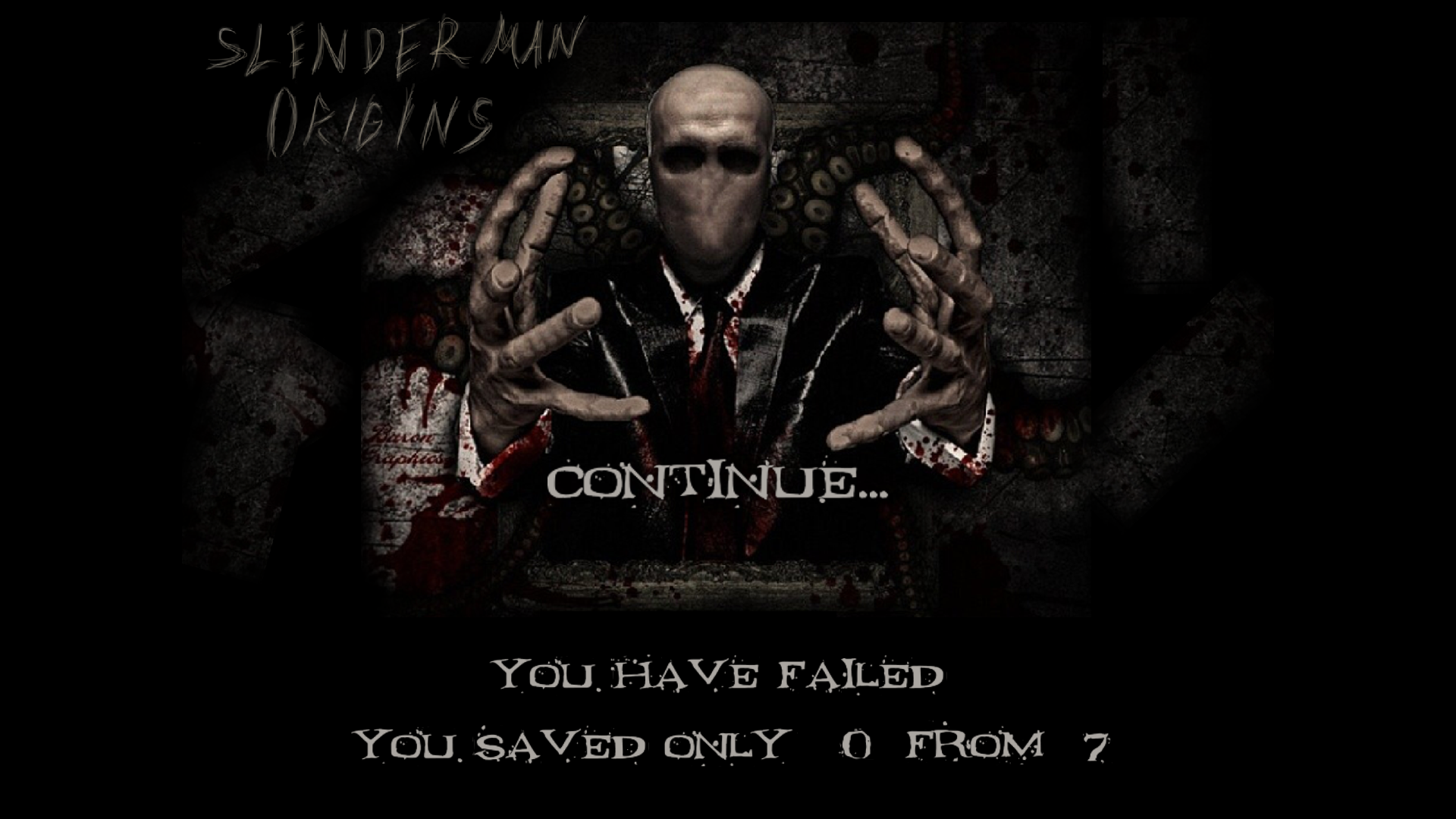 In its purest form a Slender Man mobile game can still be one of the creepiest and most suspenseful slices of entertainment you can have on a mobile device. There are many ho-hum titles that leverage off the Slender Man myth but a few games maintain what originally made the creator an iconic character in the history of mobile gaming.

The best of these keep things simple by dropping you in the middle of a dark forest or building with limited light and leaving you to repeatedly look in the shadows or over your shoulder while you try to make it to a destination. Ammonite Design Studio’s Slender-Man is among the better examples on iOS while BIGZUR’S Slender Man Origins 1 Real is a decent option on Android.

Slender Man Origins 1 Real is free on Android while Slender-Man is priced at $3.99 in the App Store. 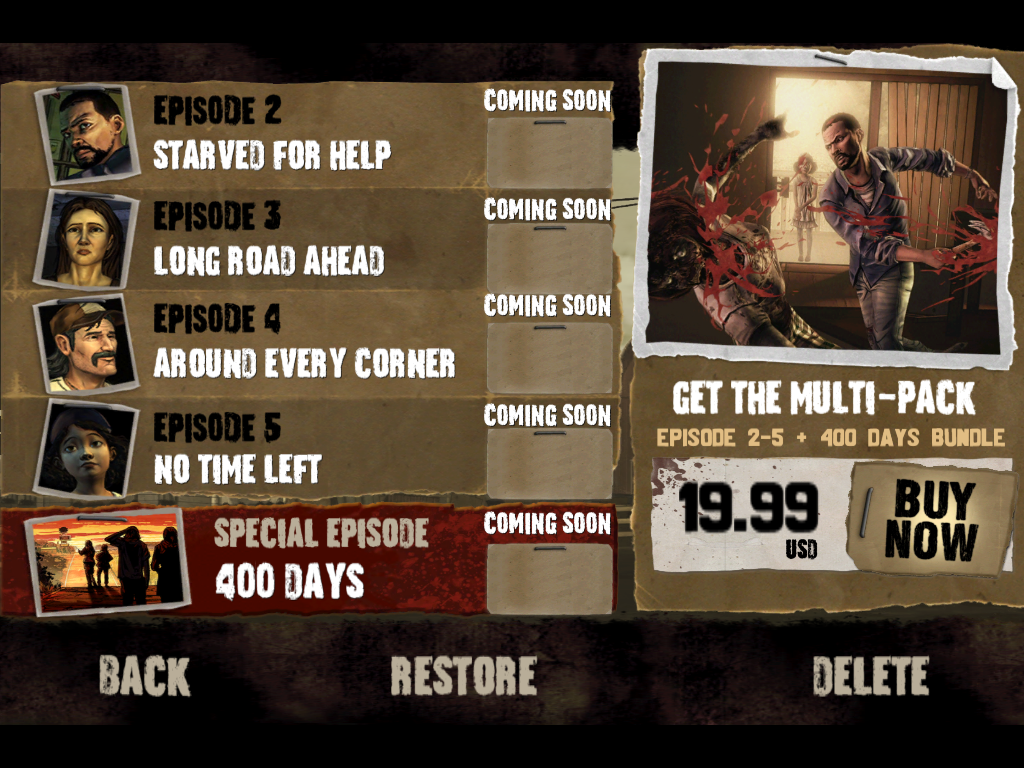 Having been out for several years the first two seasons of this game might be old hat to fans of the comic books and TV series but they are still among the best examples of the episodic interactive storytelling format that is Telltale Games’ specialty. There is a grim realism to its visuals that fits the post-apocalyptic scenario and is consistent with the look of the comics on which these games are based.

Coupled with the suspense of not knowing how your decisions will redirect the story, this creates an engrossing experience. These games might not appeal to fans of sudden shocks but if you haven’t played either Season One or Season Two already and you’re into slow burners like the second year of AMC’s Walking Dead TV series, they will be right up your dark alley. Both seasons are available on iOS and Android and there is also a miniseries spinoff called The Walking Dead: Michonne. A third season is in the works, too.

The first episode of The Walking Dead Season 2 is free on Android and iOS. 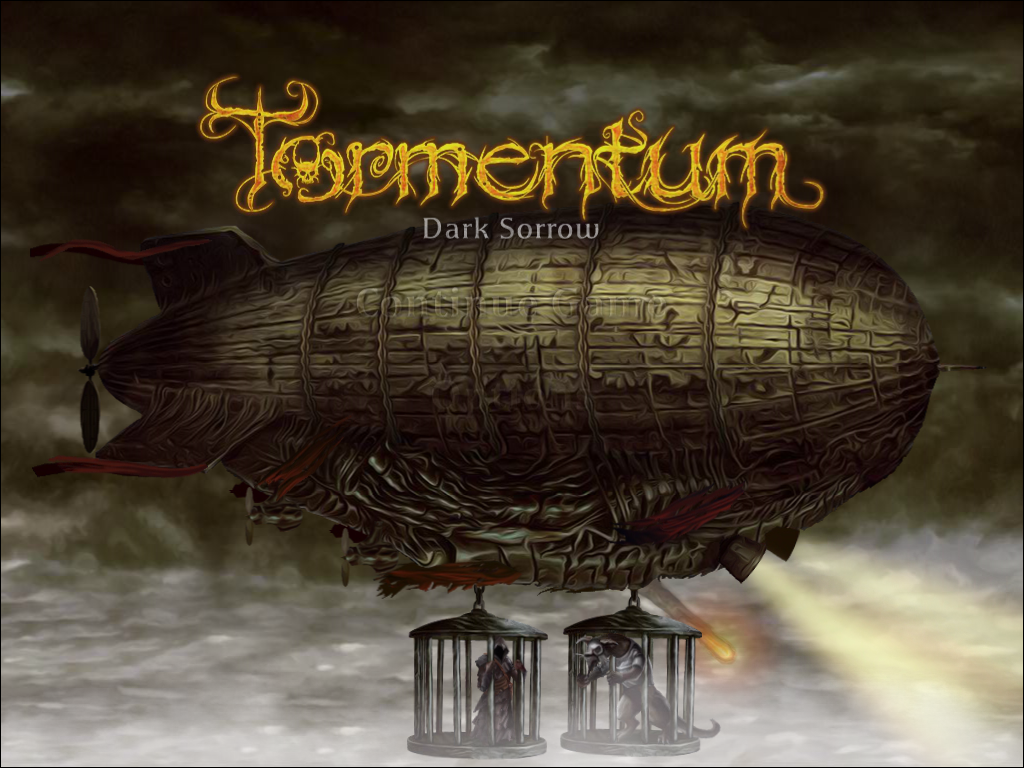 This point-and-click/hidden object/escape-room game isn’t so much scary as unsettling. The imagery is grim while the puzzles and the underlying narrative are consistently challenging and horrific. You play a character who, at the start of the game, finds himself imprisoned in a cage hanging beneath a large airship. His predicament is outlined by his companion in the adjacent cage who explains that they were captured because there is evil in them.

You soon arrive at a castle where you are put in a dungeon and told you will be subjected to torture to cleanse your soul. That’s when your journey into a nightmare begins. During its introduction, this game feels like an intriguing mix of steampunk and Dante but it soon takes on an aesthetic that is more H.R. Giger-meets-Hellraiser. The detailed backdrops are like the proverbial train wreck but be warned that they might give you bad dreams.

Luckily there’s a limited free version on both iOS and Android so you can see how it affects your sleep before you go all in. Tormentum – Dark Sorrow is priced at $5.88 in the Google Play Store and $6.99 in the App Store. 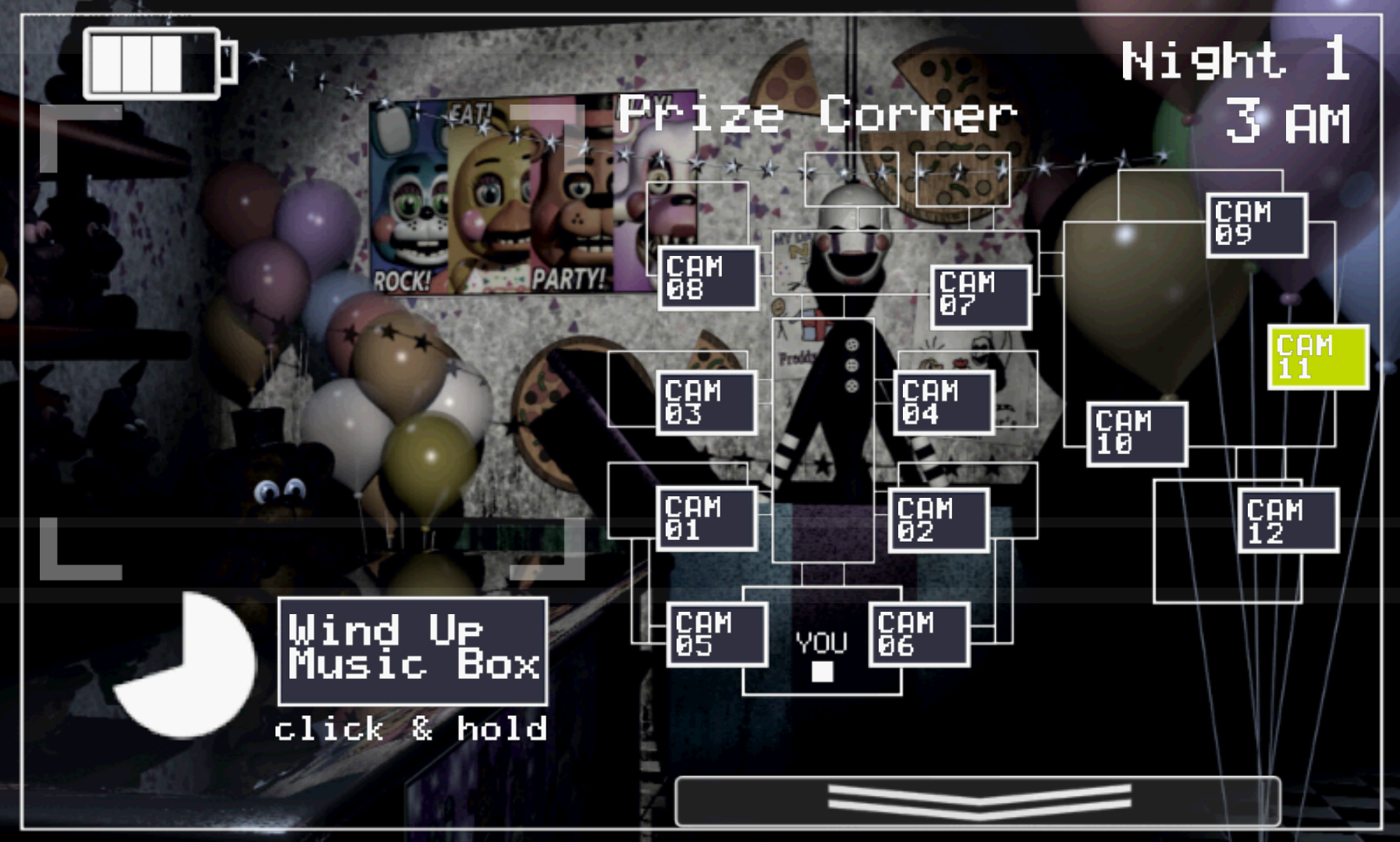 There is a reason why this game has been successful enough to justify four sequels, a novel and an upcoming movie: the developer, Scott Cawthon, knows that two of the things that scare us most are the dark and teddy bears with evil intent. One look at either the Android or the iOS icons for the first game in the series should warn you what you’re in for. If you saw Freddy Fazbear in a toy store, he would look innocent enough.

Yet, it’s those same innocent looks that make him so chilling here. As with Slender Man, the reason this game is so scary is because of what you can’t see rather than what you can. Hunting around for things in the dark when you know there might be something terrifying hiding in the corners is about as primal a source of fear as you can get. Hence, you’d better have nerves of steel if you’re going to play this at night.

The original Five Nights at Freddy’s is priced at $3.48 in the Play Store and $3.99 in the iOS App Store 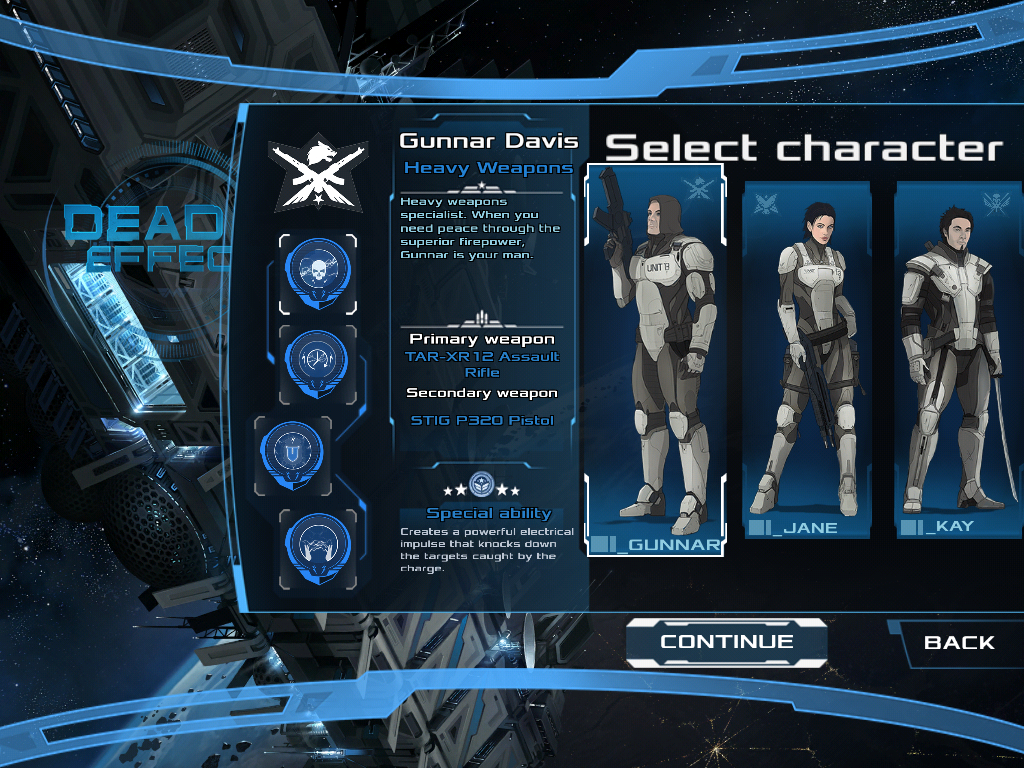 Dead Space used to be one of the top-rated horror FPS games on mobile platforms until it was pulled by Electronic Arts last year. If you search for it now on Apple’s App Store or Google Play, however, you will turn up Dead Effect and Dead Effect 2, which are impressive alternatives. The graphics are near-console quality and you spill plenty of blood taking down mutants and monsters with a variety of weapons.

The first game’s backstory involves a virus that turns people into zombies and you explore the corridors of a space vessel wondering when these will jump out at you next. Dead Effect 2 is essentially more of the same. Admittedly, then, neither game is very original. Nonetheless, the Dead Effect series does enough to keep alive the Doom-inspired subgenre it belongs in.

Dead Effect 2 is free in the Google Play Store as well as the iOS App Store.

Nest Hello Doorbells to get spooky with Halloween sounds