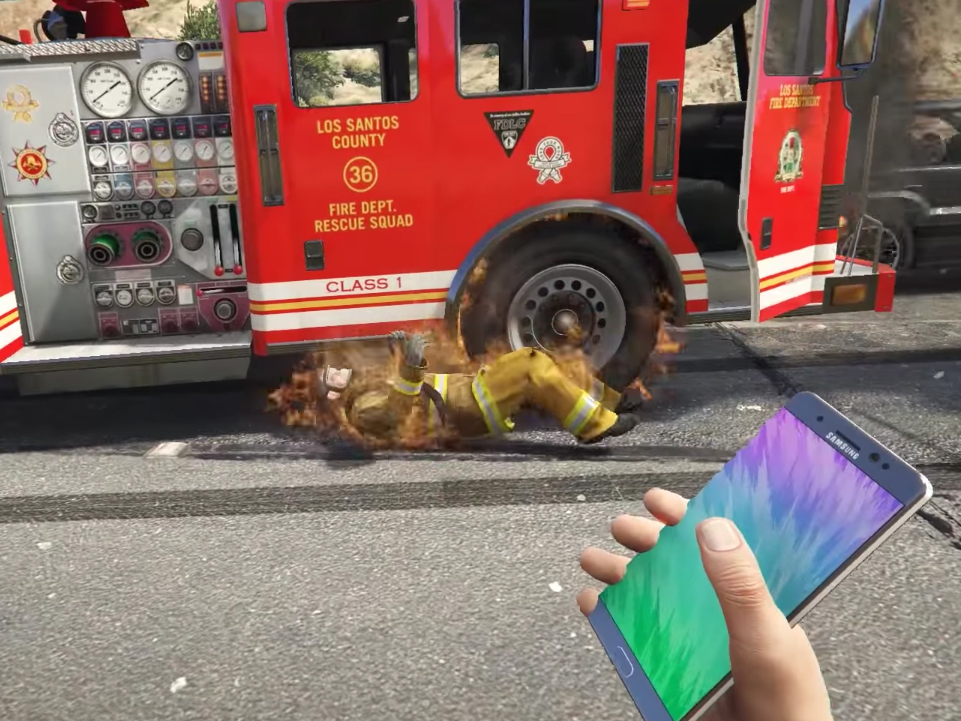 In a move that should have been expected, Samsung has flagged a hilarious video of a Grand Theft Auto V mod that turns the company’s recently recalled Note 7 into an explosive, in-game bomb. 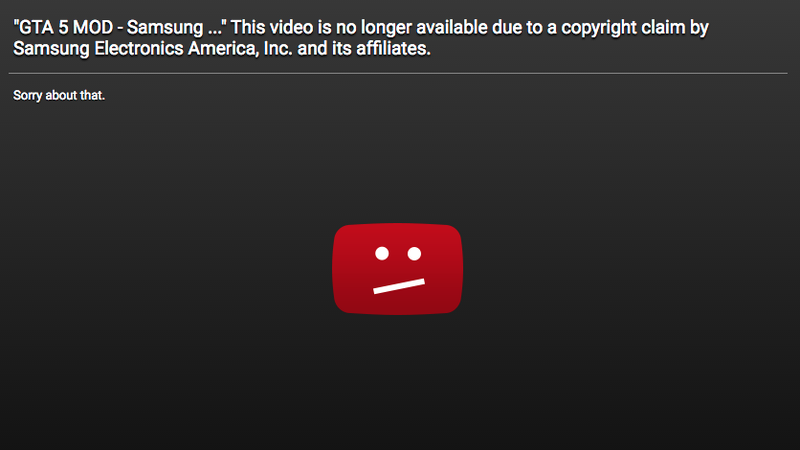 Samsung issued a DMCA takedown notice to the YouTube video showing off the mod, which is likely viewed by many as a misuse of the streaming video platform’s often abused takedown tool.

HitmanNiko, the Mod’s creator, clearly created the in-game feature to parody the unfortunate situation Samsung has found itself in, though it seems the South Korean company isn’t a fan of the amusing mod.

It’s unclear if the original uploader of the video has plans to appeal the takedown, though because it’s nearly impossible to remove something from the internet and YouTube, there are countless GTA V Note 7 mod videos still on the streaming service.

Update 10/20/16: YouTube has denied Samsung’s attempt to file a DMCA request and has reinstated the video in question.

An Imgur gallery of screenshots showing the correspondence with the owner of the video shows a counter-claim placed against Samsung. After moving through its review process, YouTube deemed that the video is not a violation of intellectual property. The YouTube channel behind the video based on the GTA V Note 7 mod says that it has not been contacted by Samsung.