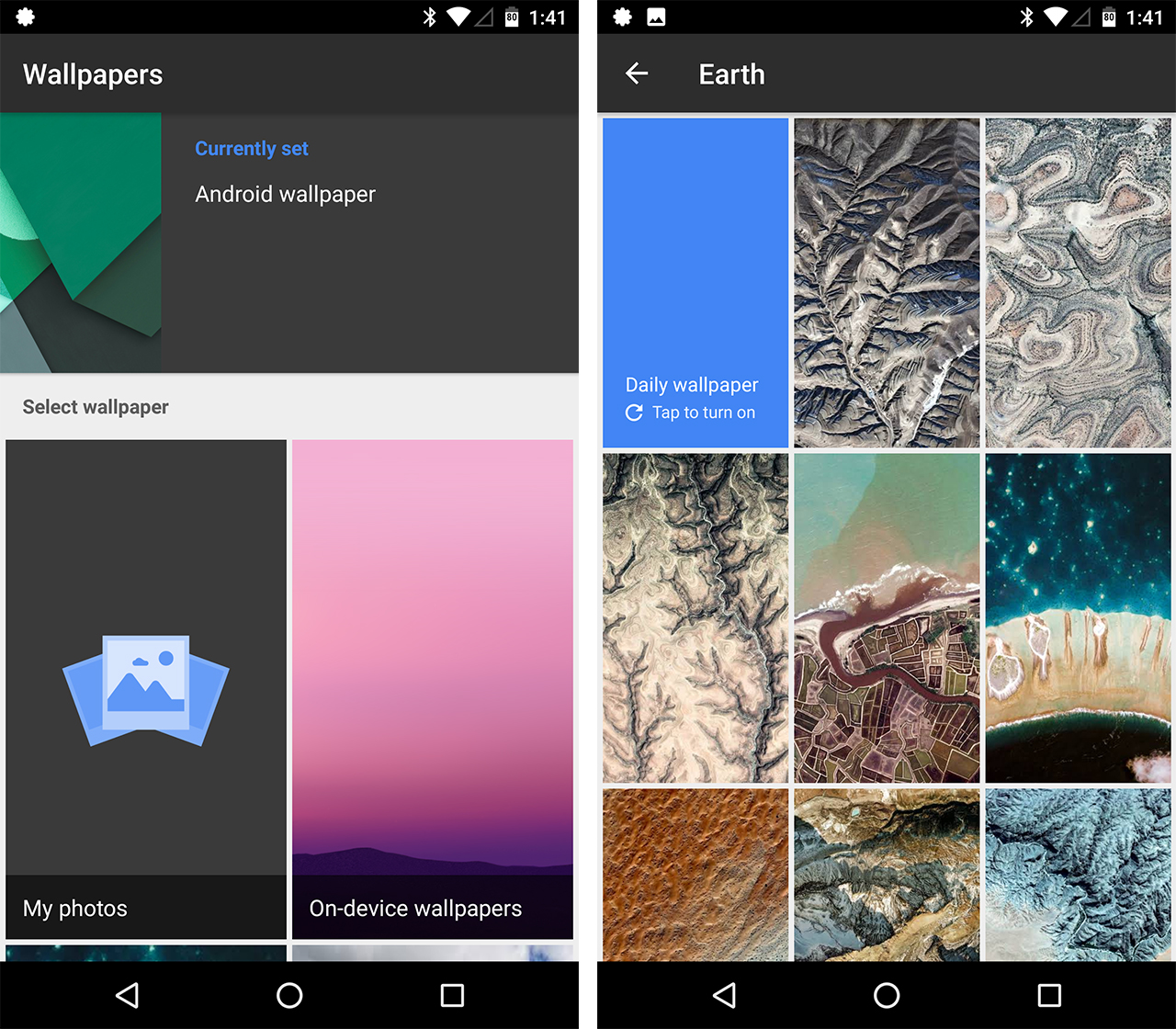 Google is bringing its cool looking collection of Pixel wallpapers to all Android devices through a new app.

The app allows users to select wallpapers from their own stored photos, Google Earth, Google+, as well as a few other sources. A favourite category allows a new wallpaper image to be placed on your phone every day.

The few people out there running Android 7.0 Nougat also get a few additional features. This version of the wallpapers app allows users to set an image for their lock screen.

Some of the Pixel specific wallpapers even have a Canadian connection, with a selection of them being shot by
Evgeny Tcheboratev, the founder of Toronto-based image sharing platform 500px.

While far from revolutionary features, it’s great to see Google already opening up one a feature that was originally thought to be exclusive to its Pixel devices. Hopefully, this continues with the Pixel’s more marquee features like Google Assistant.