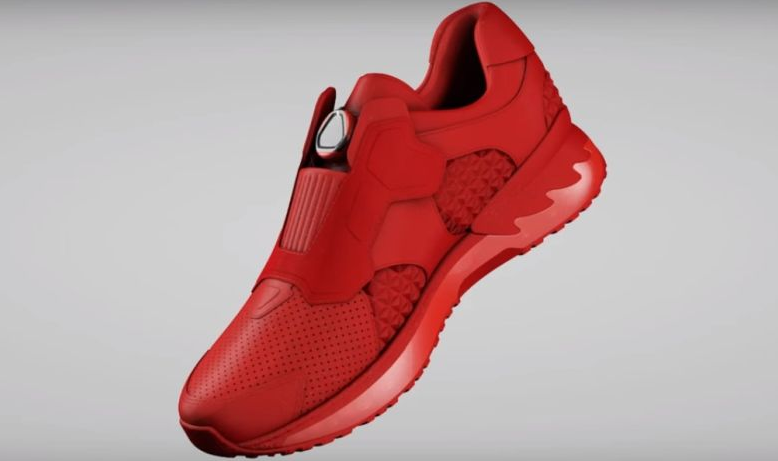 In case prototypes of a bendable wrist phone and tablet weren’t enough, Lenovo also showcased a pair of pre-lease “smart shoes” that can count your steps and play games, at its recent Tech World conference.

The audience had their first glimpse at the shoes as they were being presented to Intel CEO Brian Krzanich as a gift from Lenovo CEO Yuanqing Yang during the keynote.

The shoes have been in the works for over a year as part of a collaboration with apparel company Vibram and will allow wearers to count steps, track calories, and even play certain mobile games, using their feet as controllers.

The prototype runs an Intel Curie chip, has wireless charging, and, perhaps most importantly for those who like flashy kicks, lights up on the bottom in accordance with foot movement control and music interaction.

Unfortunately for the sneakerheads out there who like what they see, there is no guarantee that this wearable will end up coming to market.