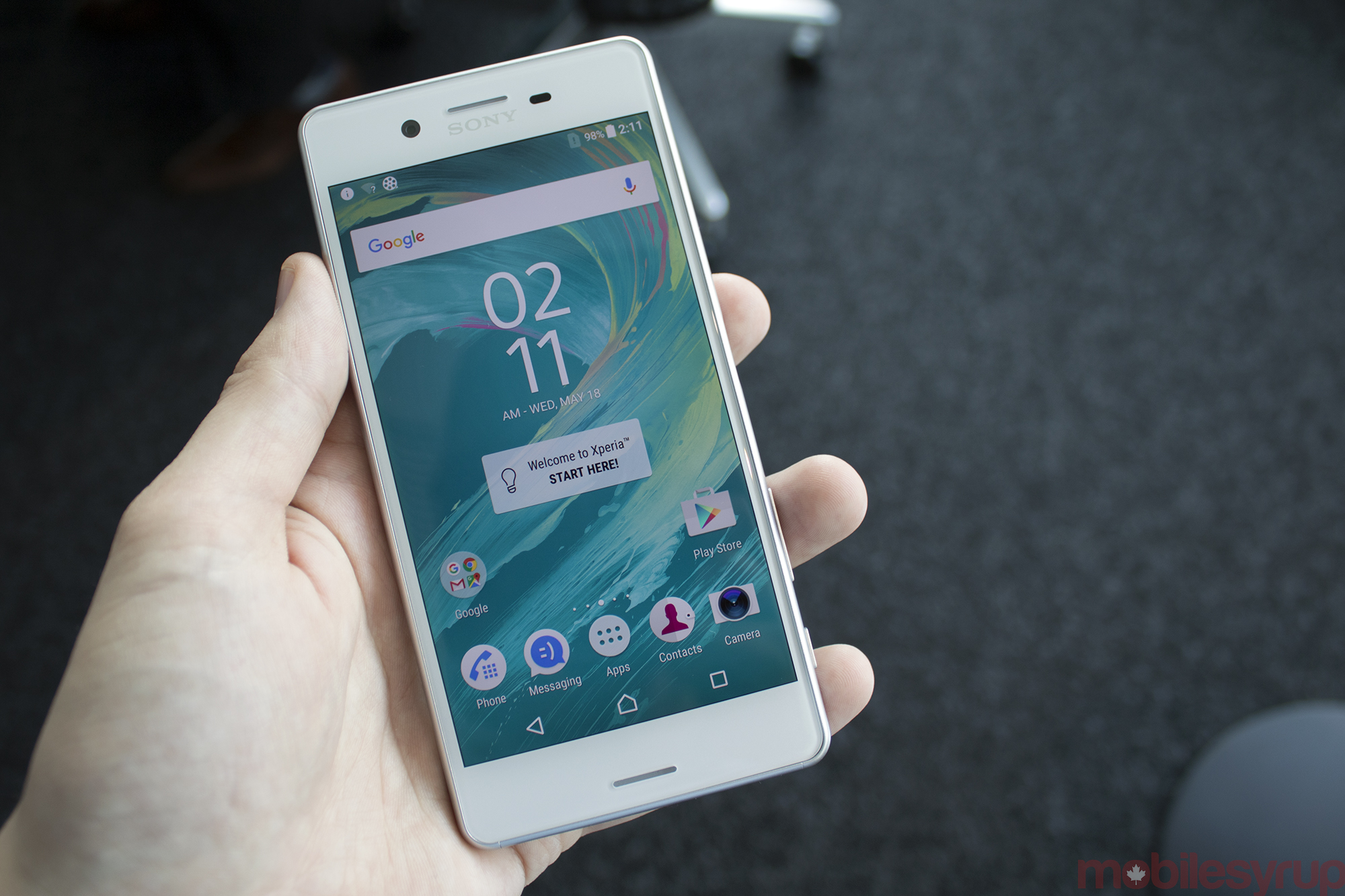 The messaging, design and branding behind Sony’s Xperia X devices, a new line of four different smartphones, is confusing.

Looking at each device laid out in a row reveals few noticeable differences between each smartphone. It’s only upon closer inspection that Sony’s strategy with its new X devices begins to make more sense, but still, it’s exceedingly difficult to tell the difference between the X and X Performance. 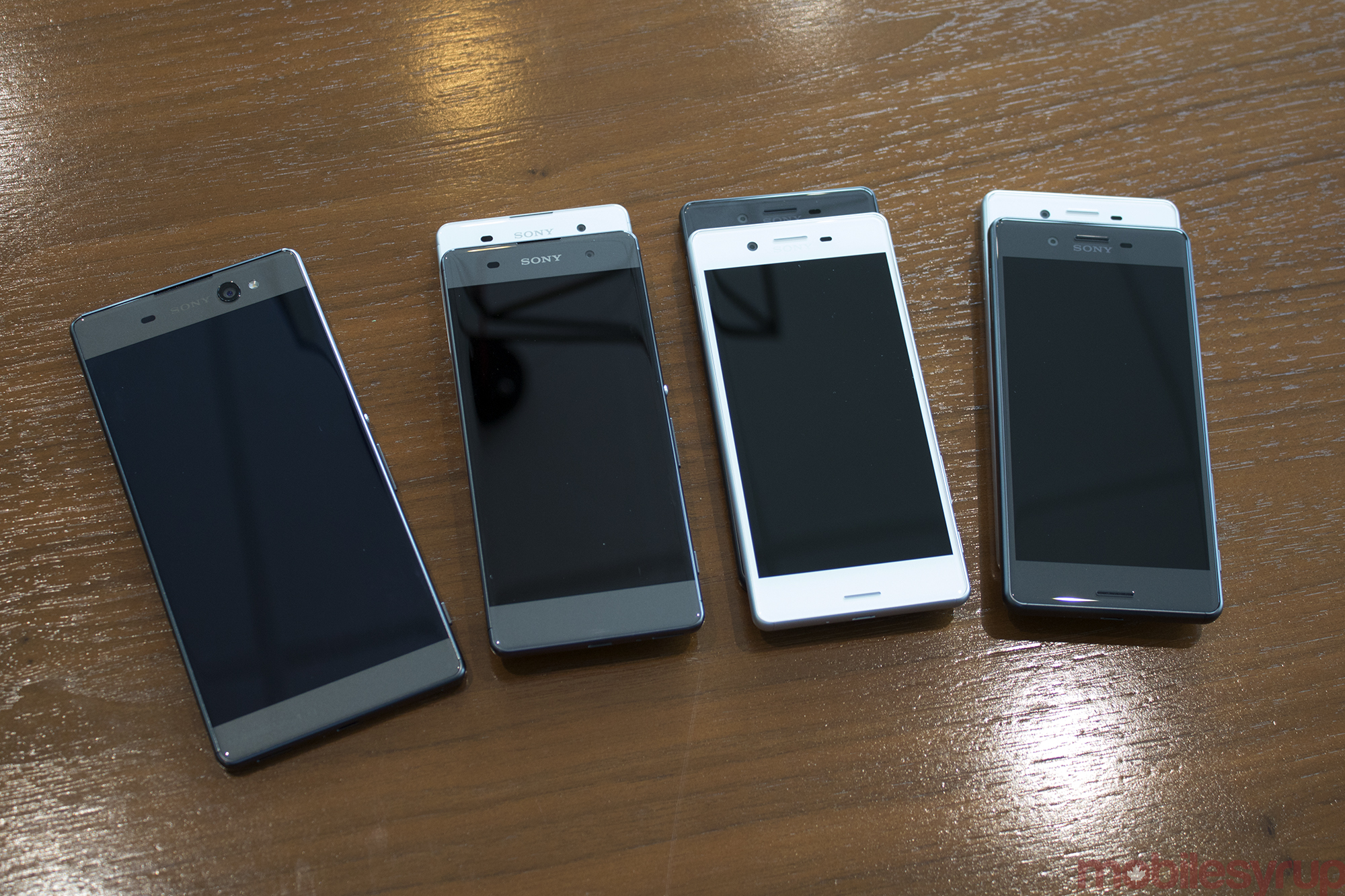 I recently briefly went hands-on with all Sony’s upcoming X smartphones for a second time (I also tested out the X at Mobile World Congress), and while I’m slowly beginning to be able to tell the difference between the company’s new devices, I’m still somewhat bewildered, meaning the average consumer is likely to be as well. 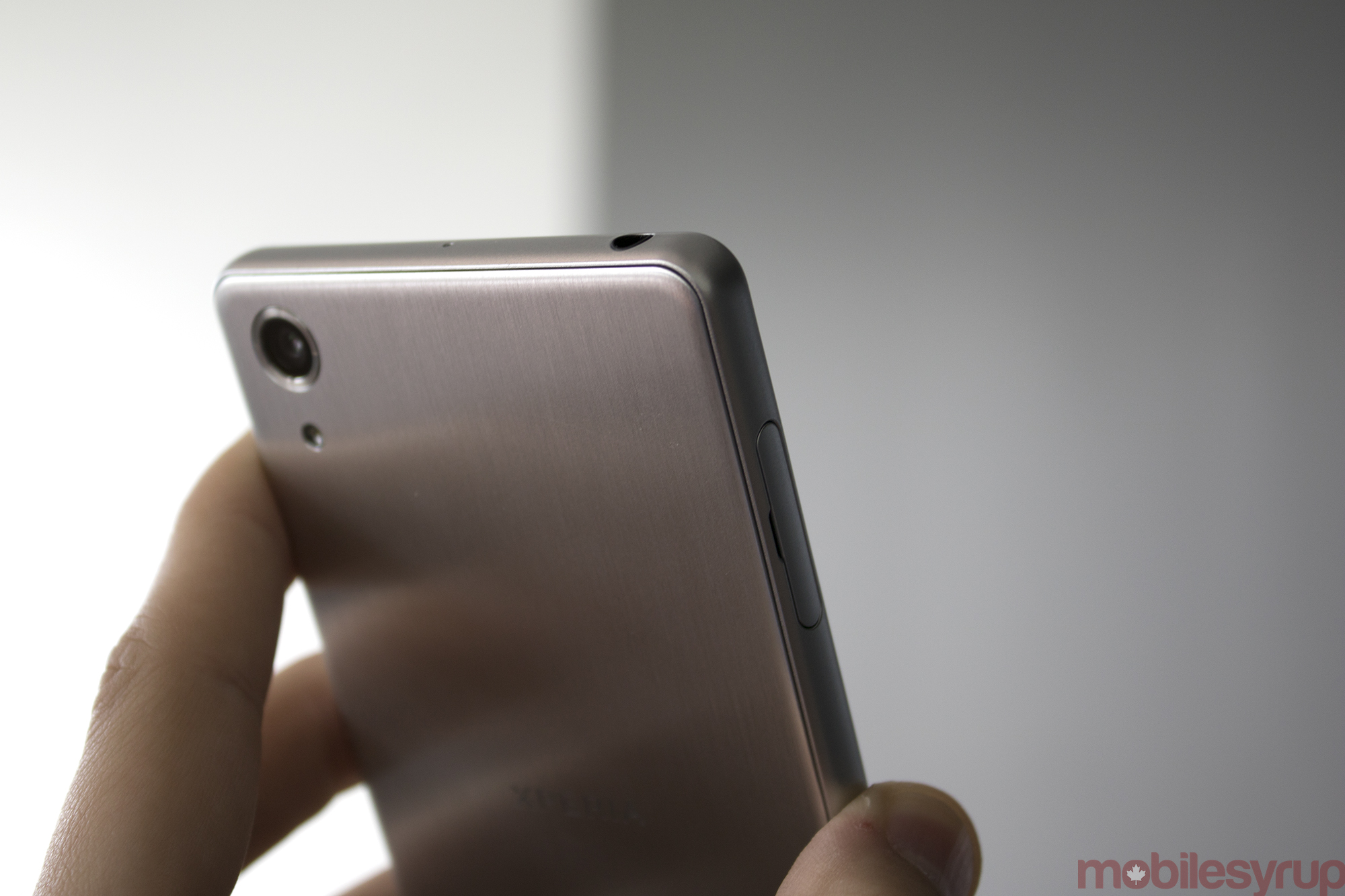 This high-end entry in the X line utilizes an aluminum body that’s very similar to the Z5, only with rounded edges, making the phone significantly more comfortable to hold.

In the same vein as the Z5, the Xperia X Performance also features a brushed effect on its metallic back, further adding to the impression that the X isn’t a dramatic departure from the Xperia Z5. It’s worth noting, however, that Sony has ditched the Z5’s glass backing, though the brushed metal still feels similar to last year’s glass. 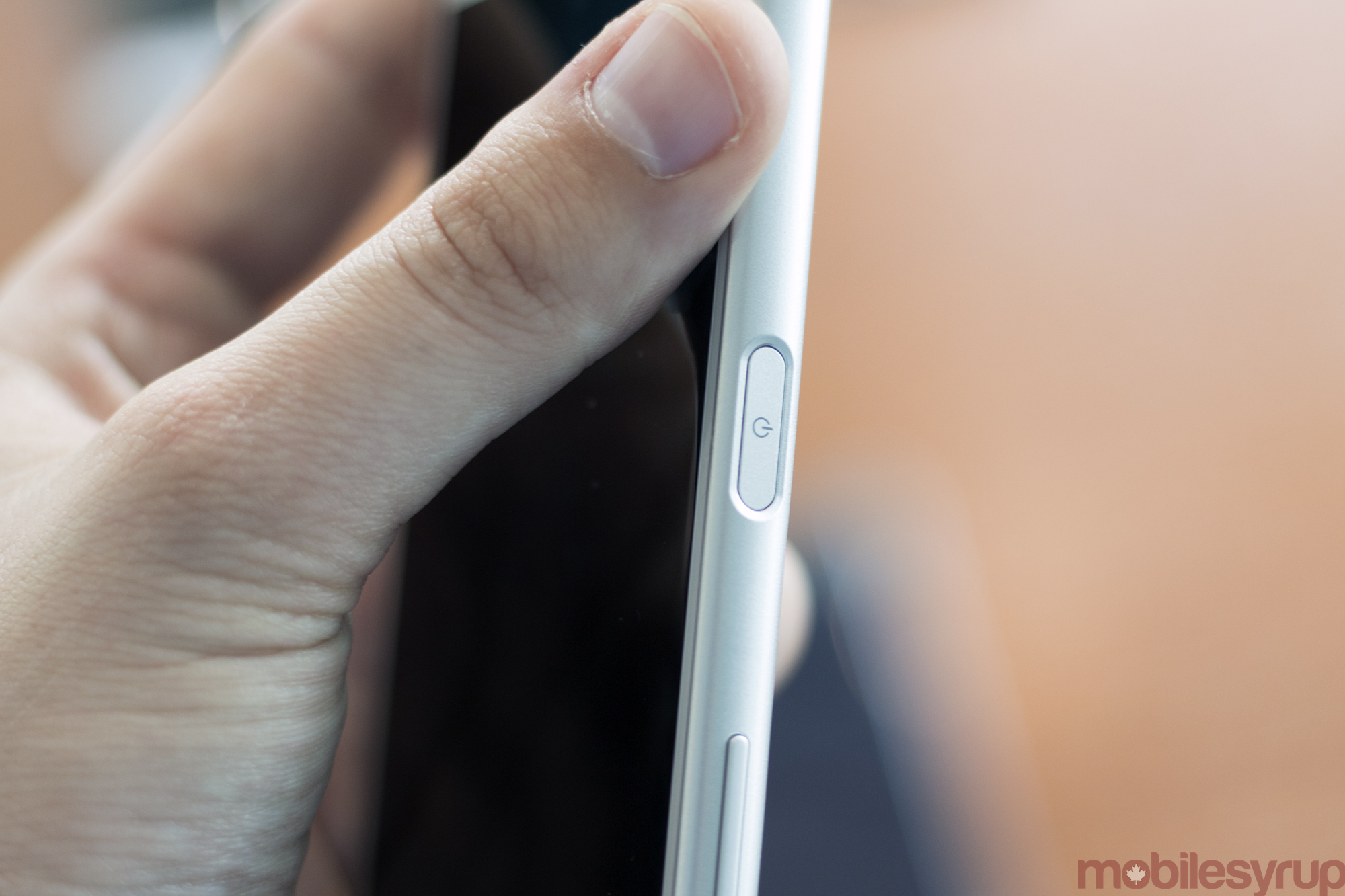 The oval, somewhat awkward fingerprint sensor featured in the Z5 is also making a return, and since I was unable to test it out, I’m unsure if its accuracy has been improved (we experienced issues with the Z5’s sensor).

In terms of specs, the phone features a 23-megapixel main shooter and retains the physical camera button featured in the Z line. The dreaded camera bump many of our readers dislike is also absent again this year, just like it was with the Z5 (a slight one is present on the X). Though I only spent a brief amount of time with the phone, a soft press seems to focus images and a longer, harder press snaps a photo. The Performance’s front-facing camera measures in at 13 megapixels. 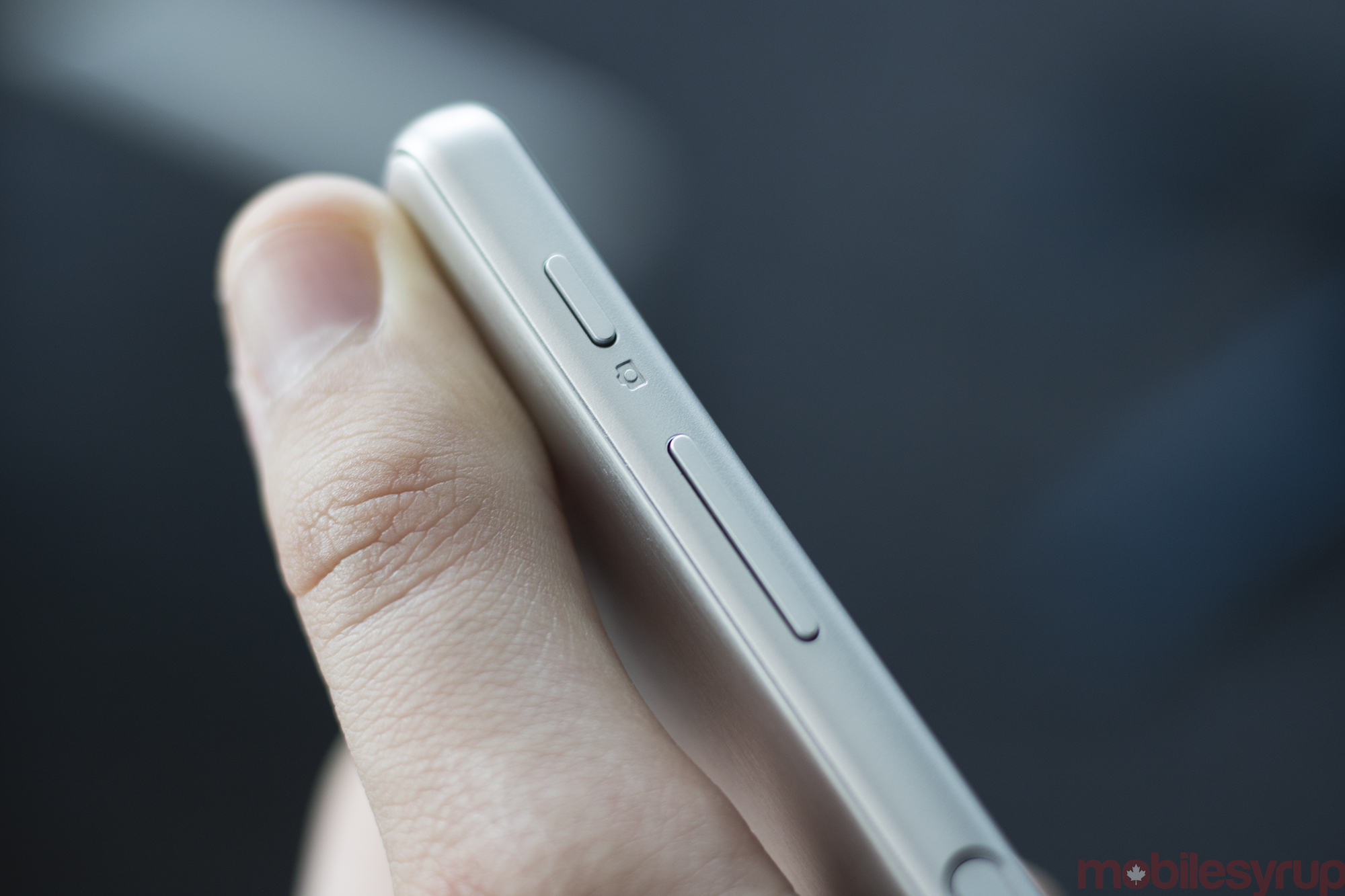 Both cameras seem to perform solidly, though further testing is definitely necessary. I was impressed by the X Performance’s hybrid auto-focus feature though, allowing the camera’s shooter to focus on a moving object (the X also includes this feature as well). Again, like many other aspects of the X line, we’ll need to test the camera under real world conditions before giving a final verdict on how useful its auto-focus really is.

Other specs include a Qualcomm Snapdragon 820 processor, Android 6.0 and 3GB of RAM, all standard features in most high-end Android smartphones. The handset also includes 32GB of storage and a MicroSD card slot expandable up to 200GB. 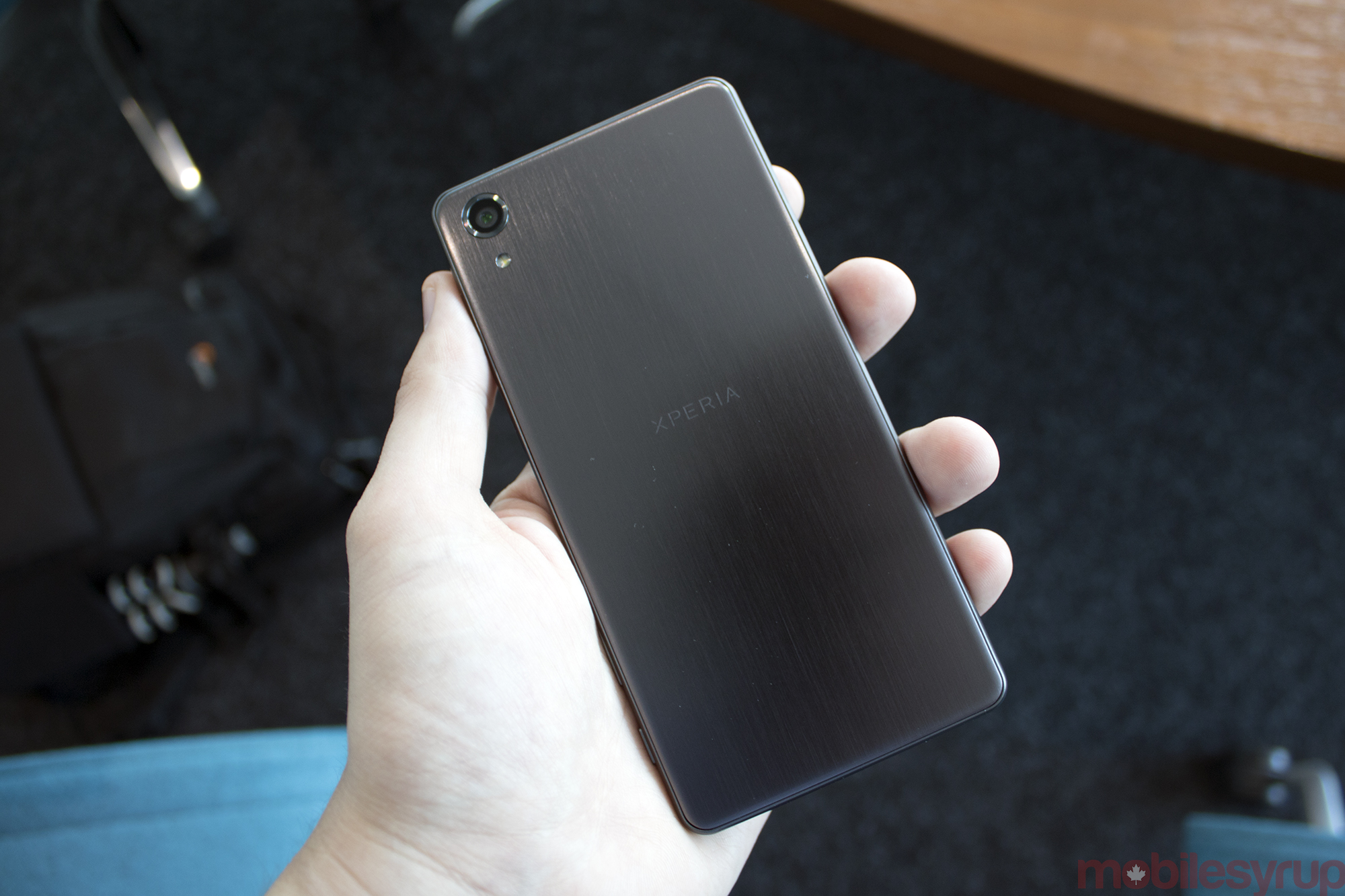 Beyond a more expensive price tag, there are also a few key differences between the Performance and X. Firstly, the Performance is IP68 certified, which means it’s water resistant, while the X is not. There are a number of similarities though, with both phones featuring a full HD 5-inch 1080p IPS LCD displays, under the quad HD 1440 x 2560 pixel display of other flagships like the S7 and HTC 10.

During my brief hands-on time with both devices the displays looked vibrant and bright. Both smartphone’s cameras also feature image stabilization.

The other major difference between the X Performance and the X is that the latter comes equipped with a mid-range Snapdragon 650, whereas the X performance rocks Qualcomm’s latest silicon, the Snapdragon 820. 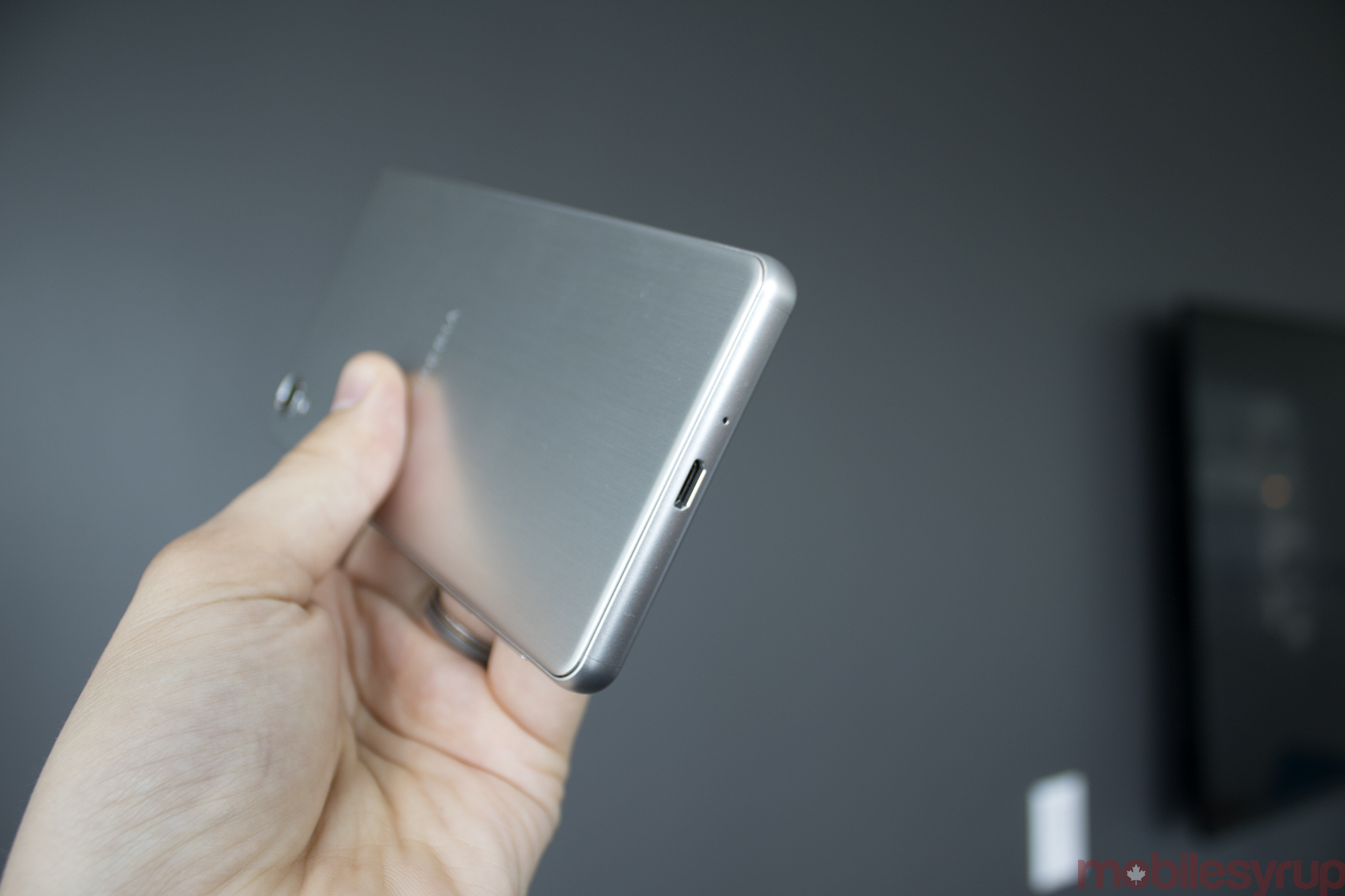 Obviously those looking for a high-performing device will opt for the Performance, and while it’s impossible to pass judgment yet given the brief amount of time we spent with both devices, the X seems poised to be a solid step above the average mid-range smartphone. Depending on Canadian pricing, the Xperia X could be compelling to a lot of Canadians.

Whether or not the X’s existence is justified, however, will come down to its price difference between the Performance. 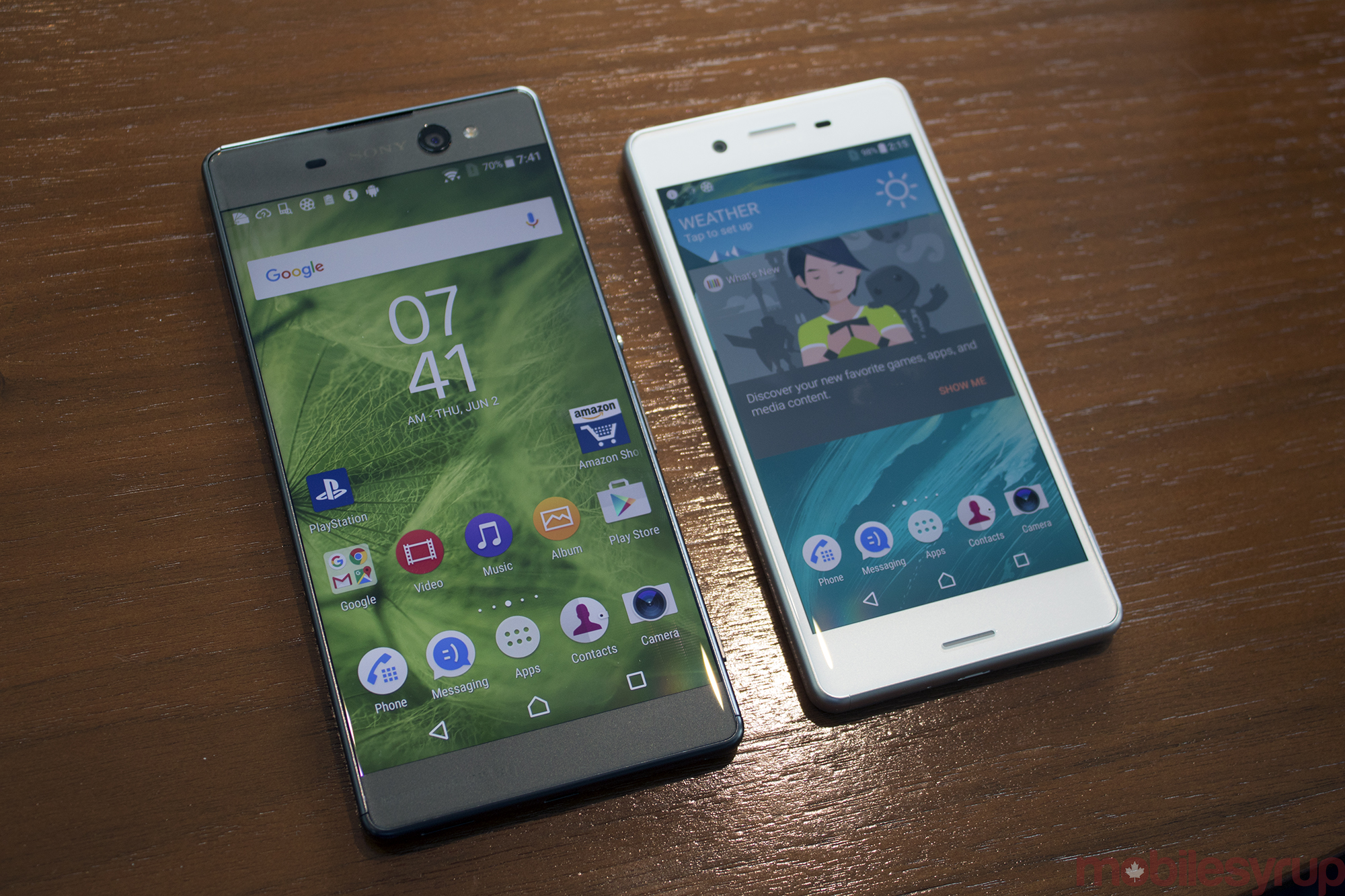 The XA is Sony’s low-range X device, adopting the same design sensibilities as the X and Performance, but lacking the former device’s fingerprint scanner and screen resolution (it’s only 720p). As expected, the XA also features a slower processor, the MediaTek MT6755, an octa-core chip used by a variety of low-end devices.

On the photography side of things, the XA packs a 13 megapixel rear-facing camera and an 8 megapixel front shooter. We unfortunately did not get a chance to test out the XA’s camera performance. 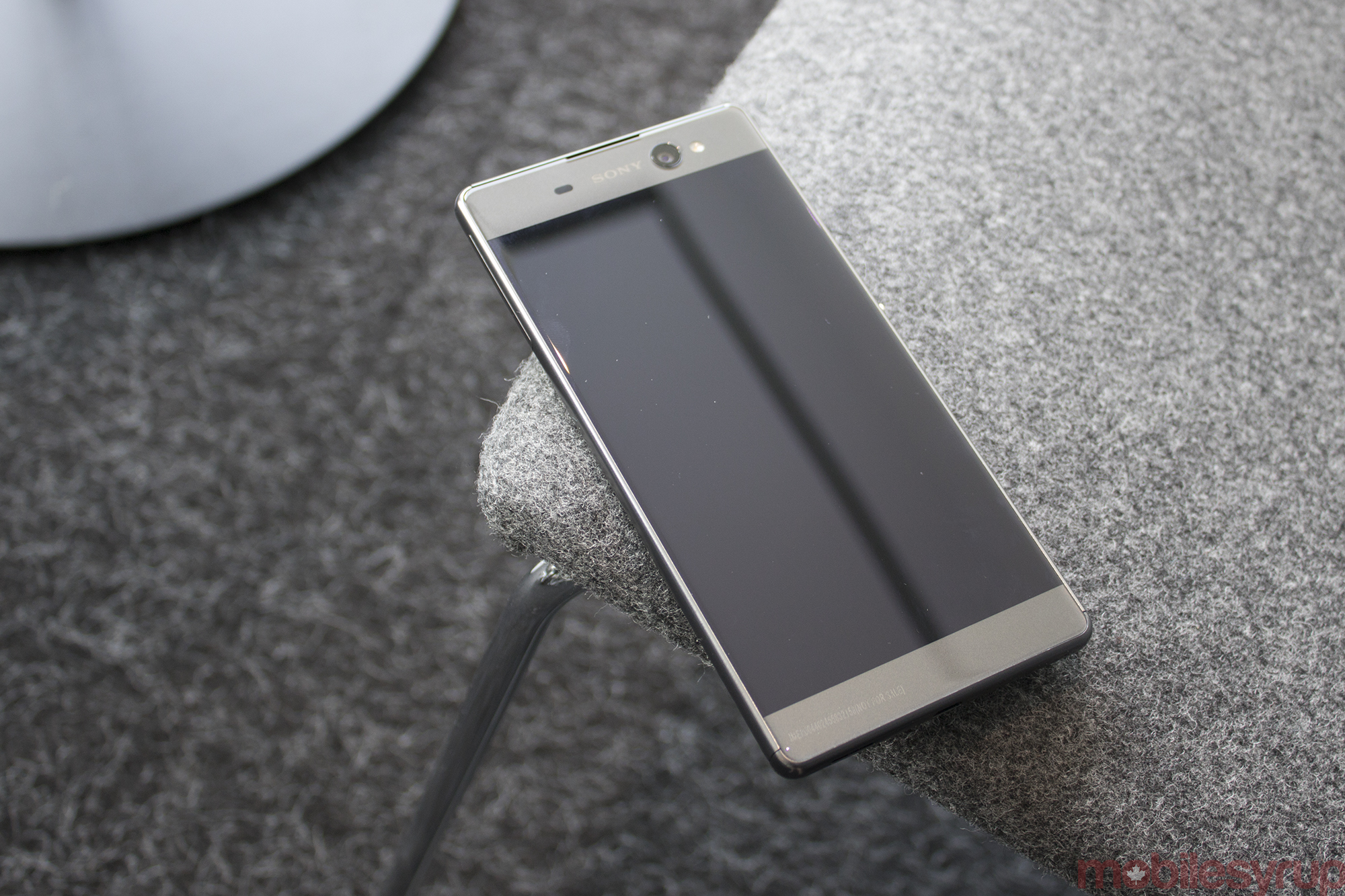 Then there’s the Xperia XA Ultra, yet another X device to add to the already confusing mix. As you might have guessed, the XA Ultra is Sony’s phablet-style 6-inch smartphone. The handset looks dramatically larger than the other devices in the X line, especially when placed directly beside the XA or X.

If you assumed the XA Ultra is the highest end in the X line, you’re wrong. The XA Ultra falls slightly above the XA, thanks to its full 1920 x 1080 pixel resolution display, a step above the XA’s 720p screen. The phone comes equipped with the same MediaTek MT6755 and 3GB of RAM as the XA. 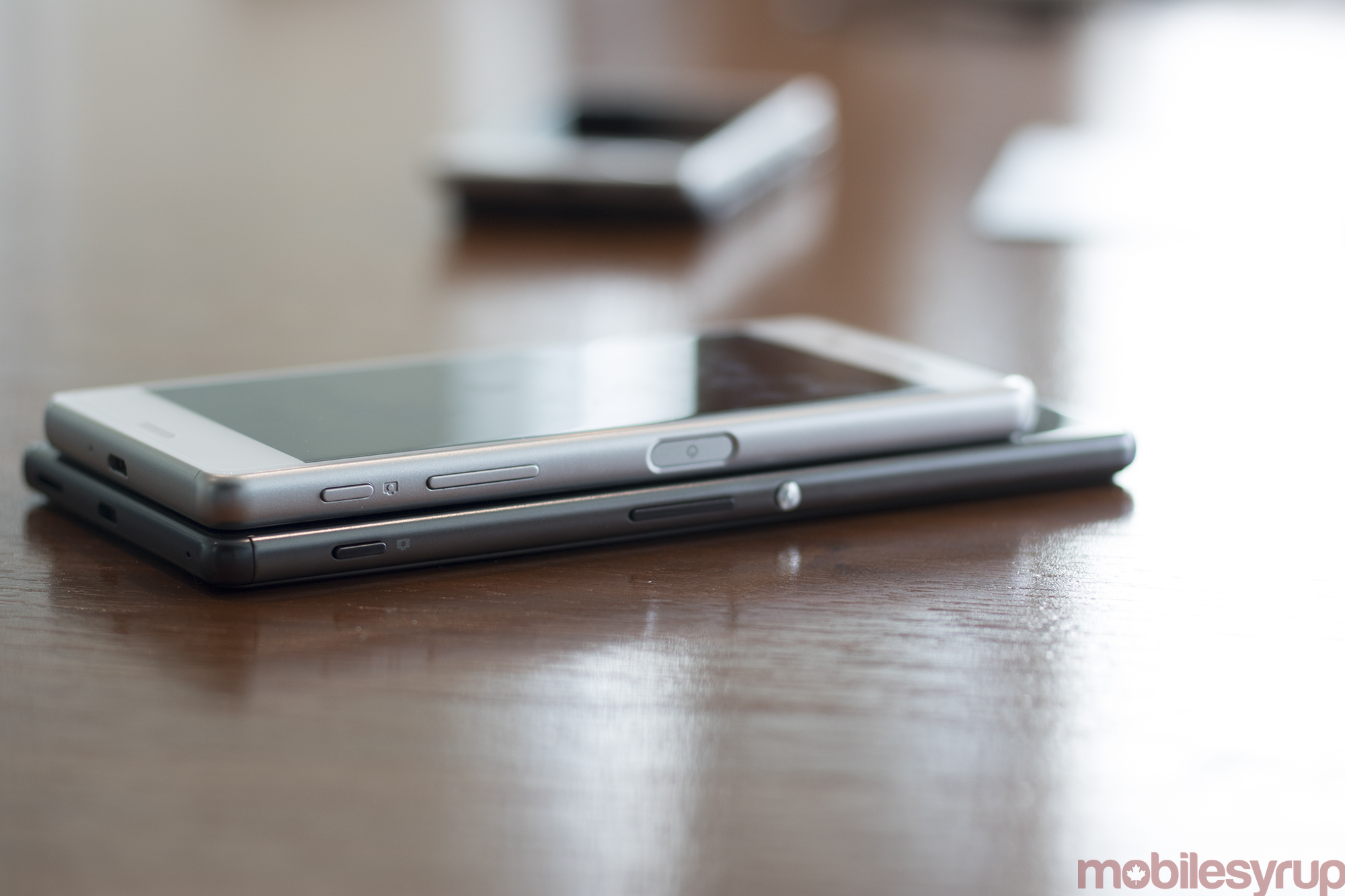 So rather than being the highest-end device in the X line, as is the case with the S7 edge and iPhone 6s Plus, the XA Ultra is a larger, 6-inch offering from Sony. Taking this route with the X line’s phablet iteration is an interesting move for Sony and it’s unclear if it will pay off. 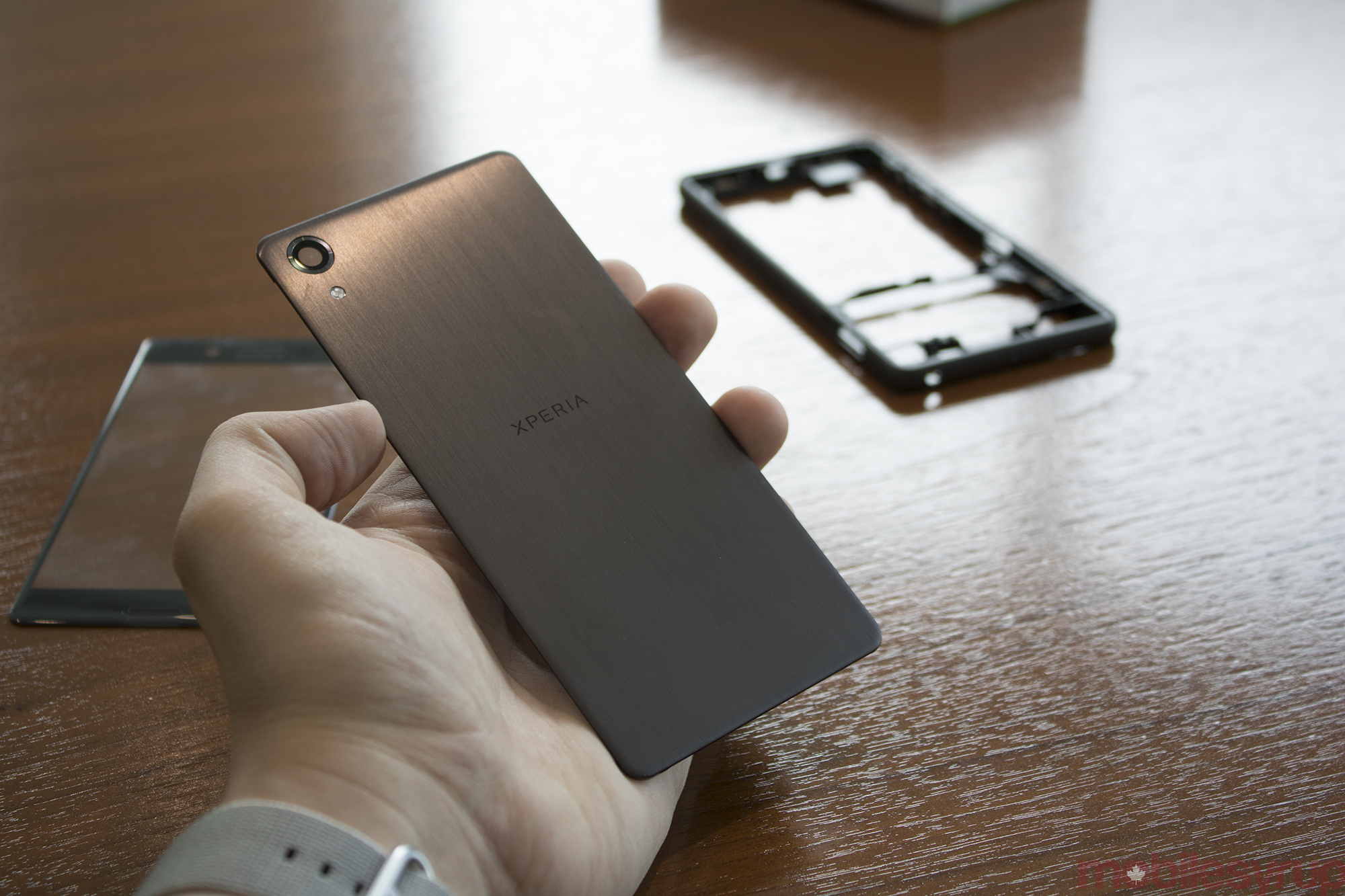 As expected, Sony has forged partnerships with a number of Canadian carriers for the launch of the Xperia X Performance, Xperia X, Xperia XA and Xperia XA U, though specifics have not been revealed yet.

We’ll have more information regarding pricing and carriers next week. Sony’s new line of phones will hit U.S. store shelves on June 26th.