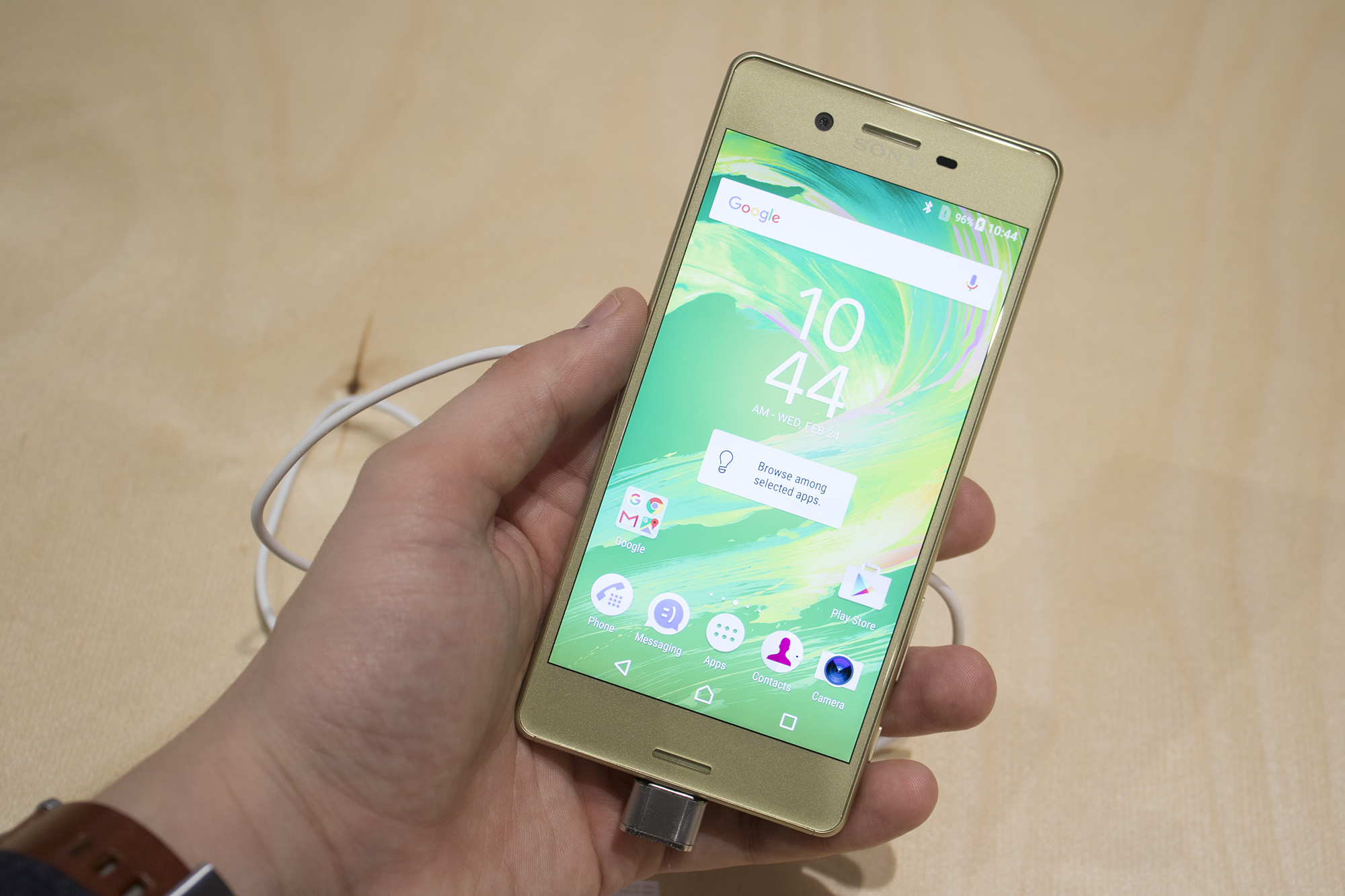 With LG and Samsung stealing much of the attention at this year’s Mobile World Congress in Barcelona, it’s easy to forget other manufacturers are also announcing new smartphones at the massive event.

With little fanfare, Sony revealed a new line of Xperia X devices earlier this week: the low-end, plastic, Xperia XA, the mid-range Xperia X, and the high-end Xperia X Performance, a smartphone that seems like an indirect successor to Sony’s Z5, which only made its way to Canada a few months ago.

Why Sony has opted to introduce a new line of Xperia devices is anyone’s guess, as it will likely create further confusion in the already crowded android smartphone market. Some rumours indicate the X line could succeed Sony’s Z smartphones, though the company hasn’t confirmed anything yet. 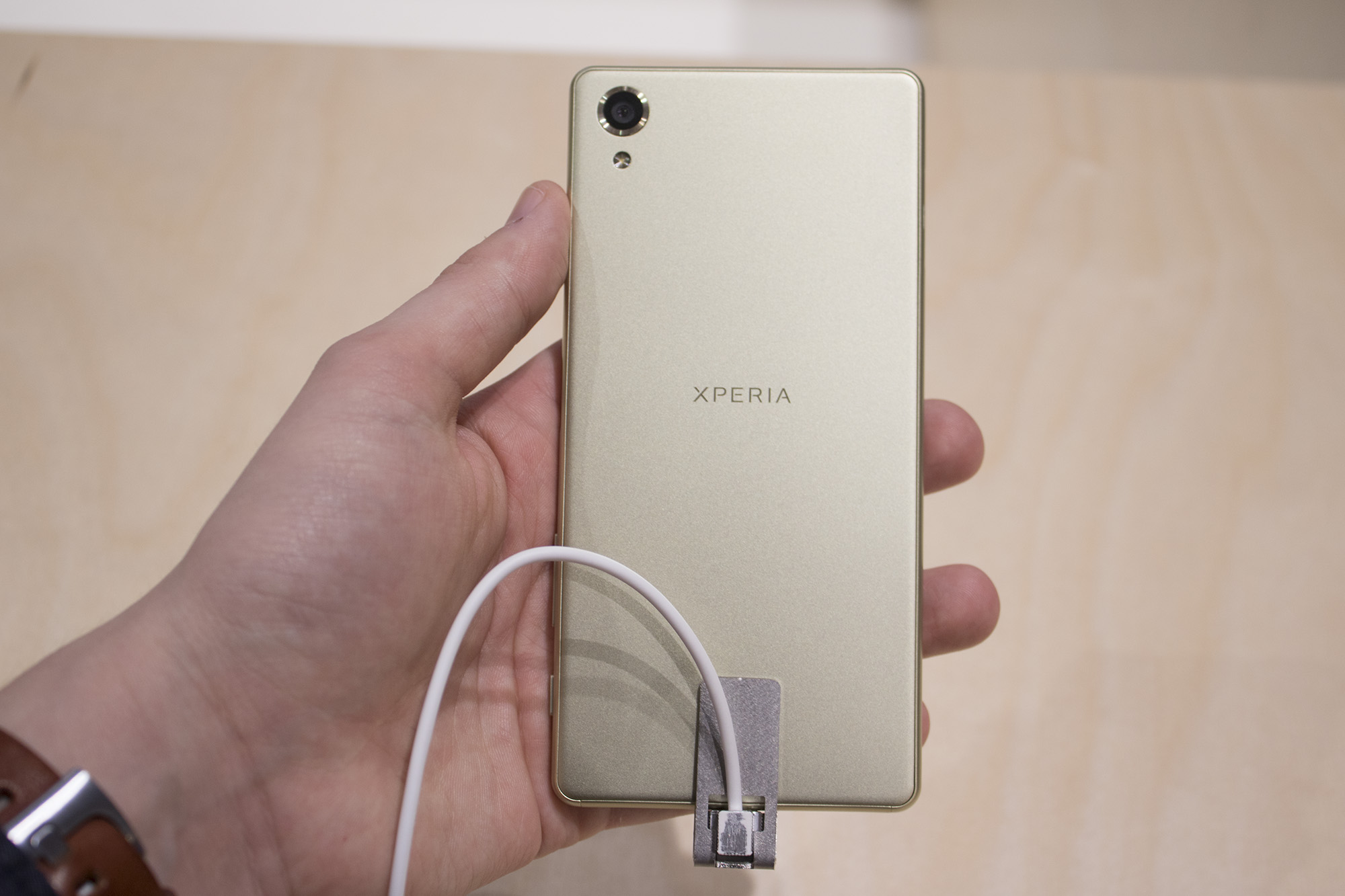 That said, if the Xperia X – the device I’m focusing on in this hands-on – makes its way to Canada, Sony’s latest mid-range device could be a viable and hopefully affordable, sleek-looking smartphone option for Canadians. Given Sony’s track record for bringing most of its devices to Canada a few months after their U.S. release, there’s a strong possibility this could happen.

At the outset, the Xperia X has a significant amount in common with the company’s popular Z line (the Xperia Z5 is the latest release) when it comes to aesthetic. The only major difference between both devices seem to be that the X has more rounded corners, as well as an aluminum unibody, unlike the Z5’s glass back and front. Also, its camera lens sticks out slightly, which is a significant shift from what we saw with the Xperia Z5, one of the first smartphones to feature a camera flush with the smartphone’s form factor. 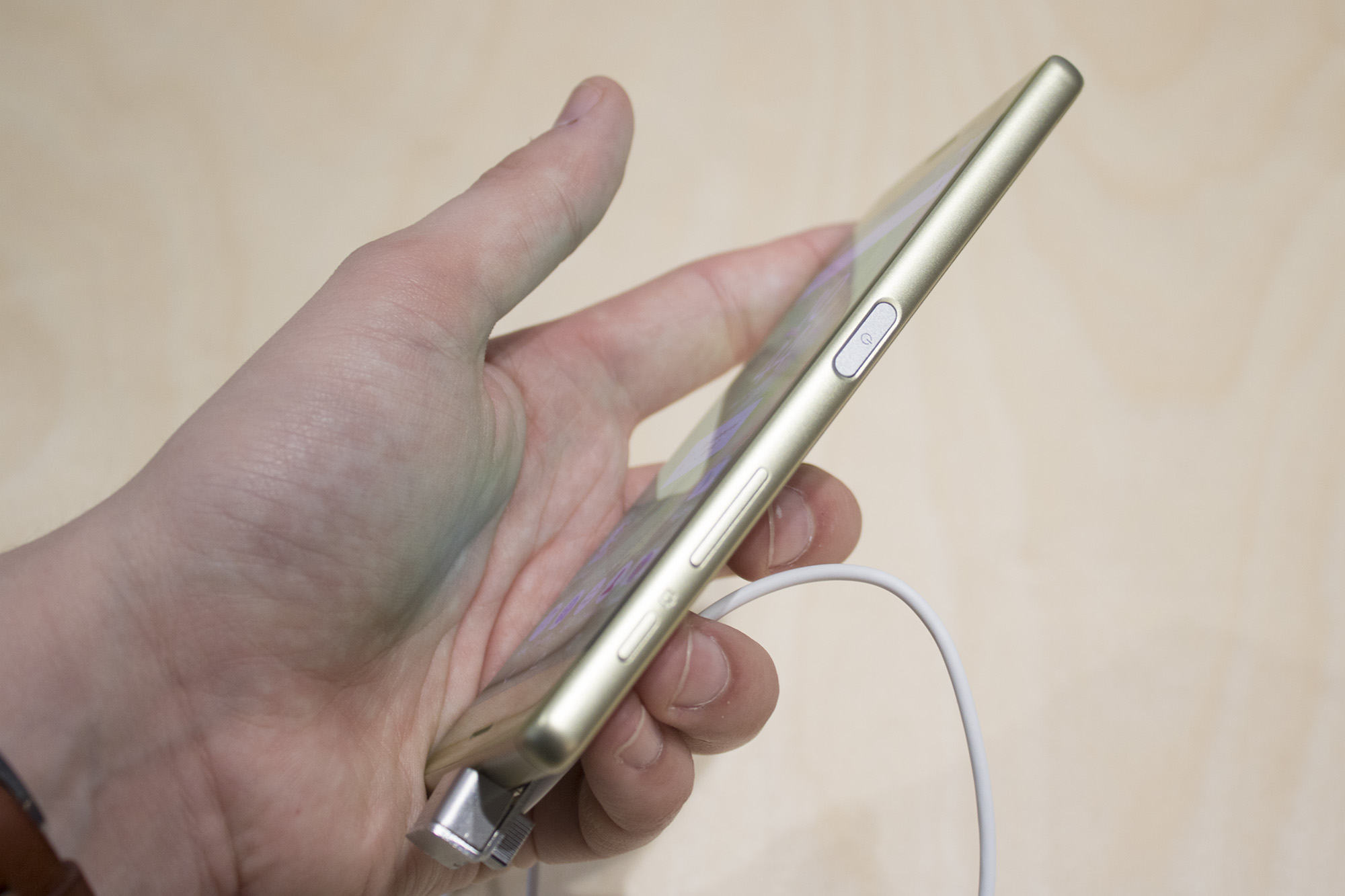 All devices part of the company’s new X line, including the Xperia X and X Performance, utilize 5-inch IPS LCD displays, with the budget-focused ZA opting for a 720p resolution instead of full 1080p. While it’s difficult to judge the Xperia X’s display quality under the poor lighting conditions on the MWC show floor, my early impressions indicate the screen’s image quality rivals the Xperia Z5’s, which featured an exceptionally bright and impressive screen.

On the performance side of the spectrum, the X utilizes a hexa-core Qualcomm Snapdragon 650, a processor designed specifically with mid-range devices in mind, while X Performance utilizes Qualcomm’s latest processor, the Snapdragon 820. The rest of the Xperia X’s notable technical specs include 3GB of RAM and a sizeable 2620 mAh battery. 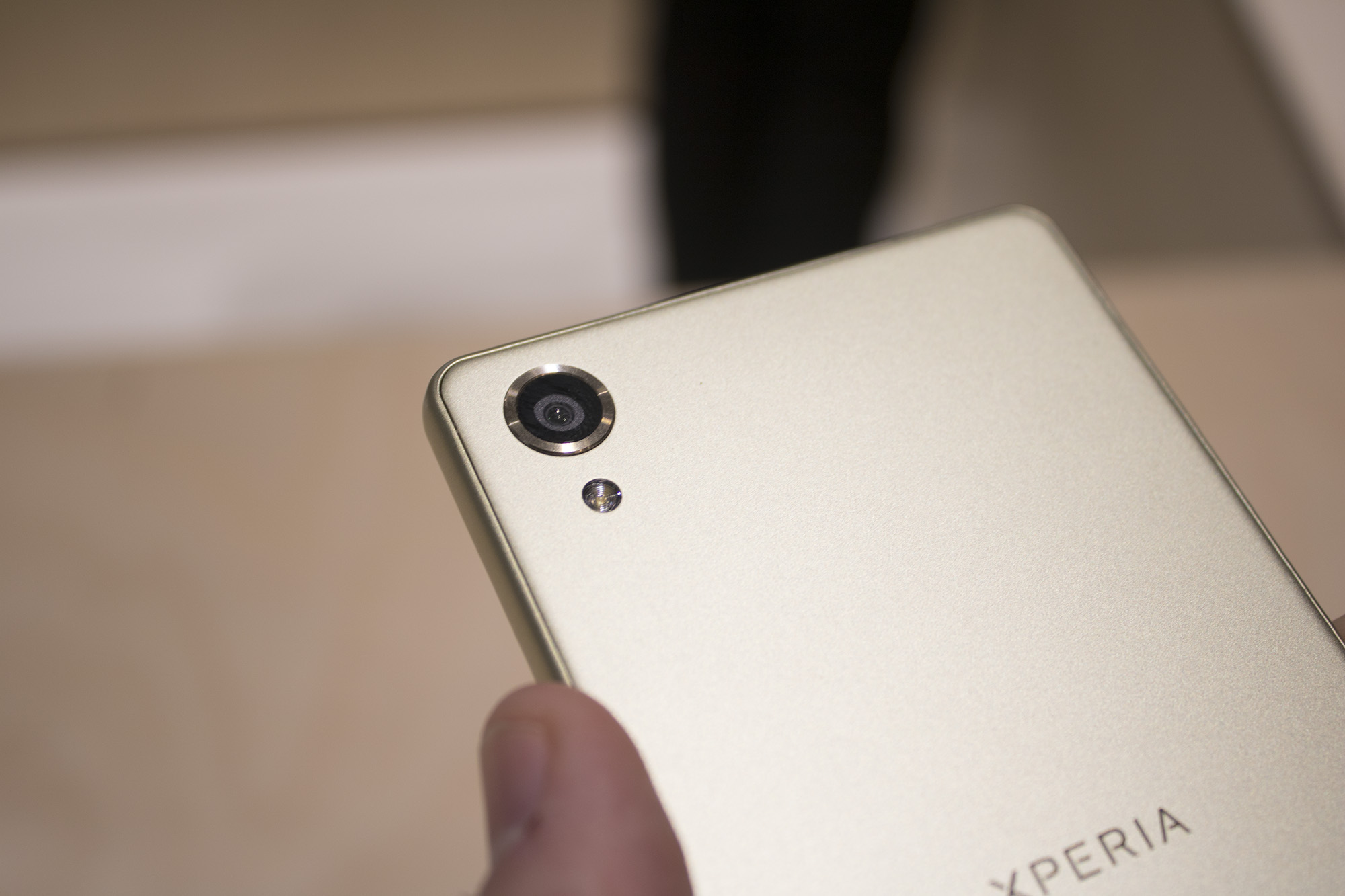 Since the build of the device I tried seemed to feature unfinished software, it’s difficult to adequately judge the 650’s performance. During my brief period of time with the phone, however, the Xperia X’s build of Android 6.0 Marshmallow was responsive and snappy, but like all smartphones, this could change with its final software. 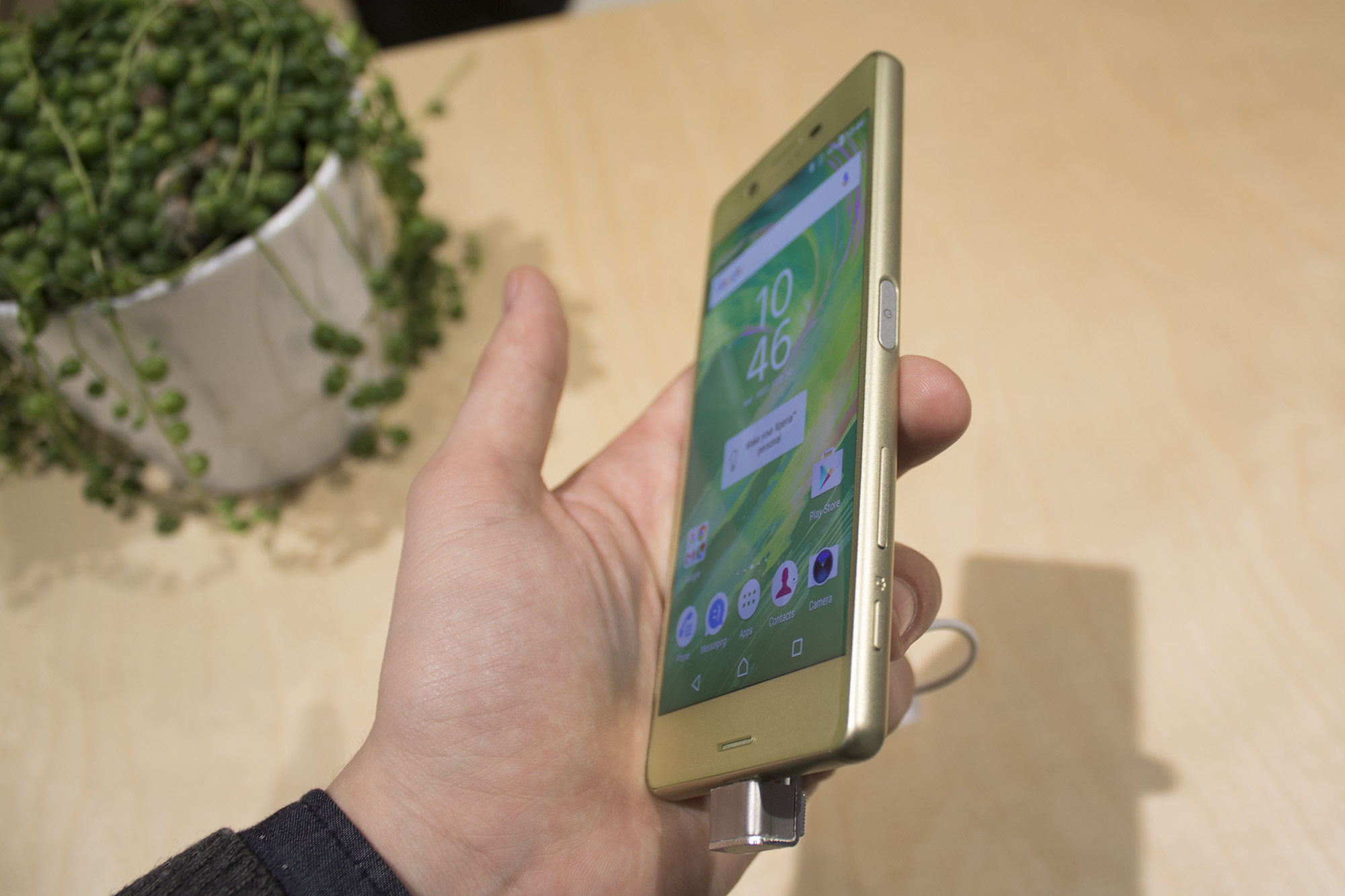 I ran into a similar situation when trying to test out the smartphone’s 23 megapixel rear shooter and 13 megapixel front-facing camera. The Xperia X’s camera app is glitchy in its current build, and in one attempt to take a photo, was completely unresponsive. The Performance X’s auto focus is nonetheless enticing, allowing budding photographers to maintain focus of a moving object that’s in the phone’s field of view, although it’s worth pointing out it’s unlikely this higher-end version of Sony’s smartphone will make its way to Canada given the Xperia Z5 only release a few months ago.

So with all that said, despite the Xperia X’s impressive build, which is an achievement given its plastic body, so much about the smartphone is still remains untested. Still, if Sony is able to iron out the device’s software kinks, and the company likely will, the Xperia X could end up being an affordable mid-range alternative for Canadians. 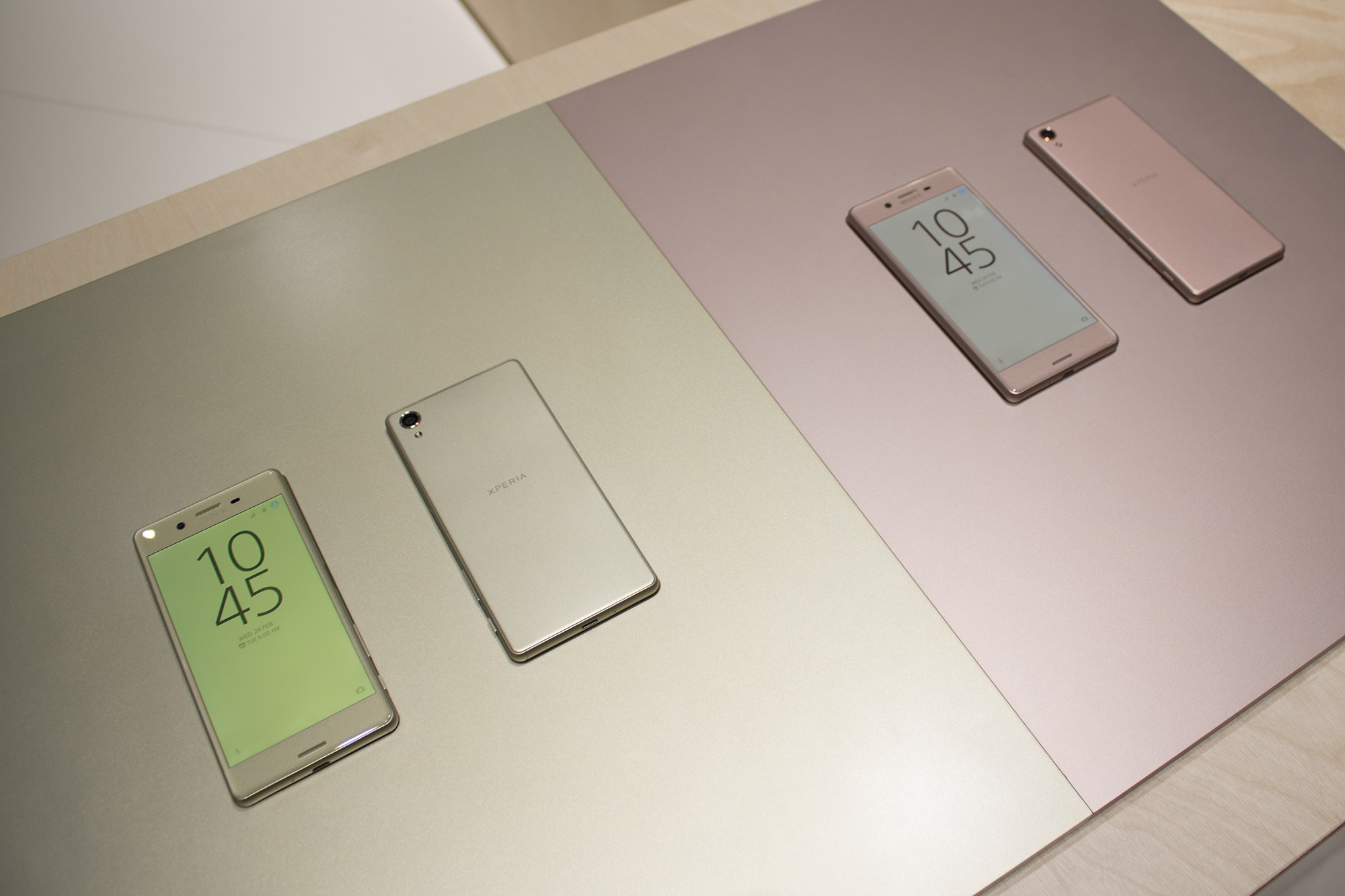 This is a photo of the Xperia X Premium

We’ve reached out for clarification with Sony as to whether the Xperia X will come to Canada and were told that the X series will launch in Canada sometime this summer. A specific release date, as well as what phones in the series will make it here, were not mentioned.

While the Xperia X Performance was present at Mobile World Congress, it wasn’t available for a hands-on look.