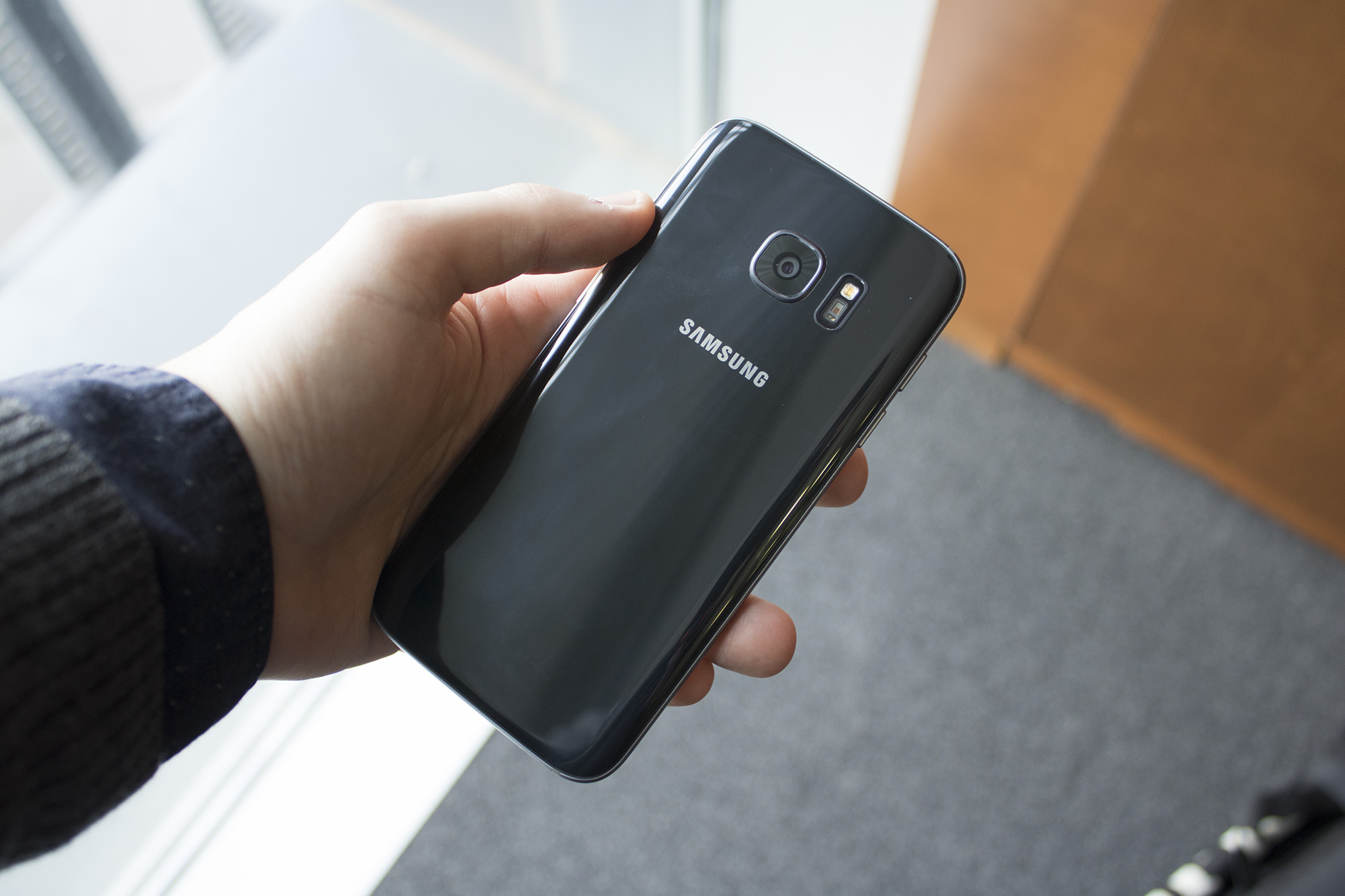 Despite iPhone sales declining for the first time since the device was first announced in 2007, U.S.-based research firm Gartner says there’s still a bit of growth left in the worldwide smartphone market, even if it may not come from developed countries like Canada. 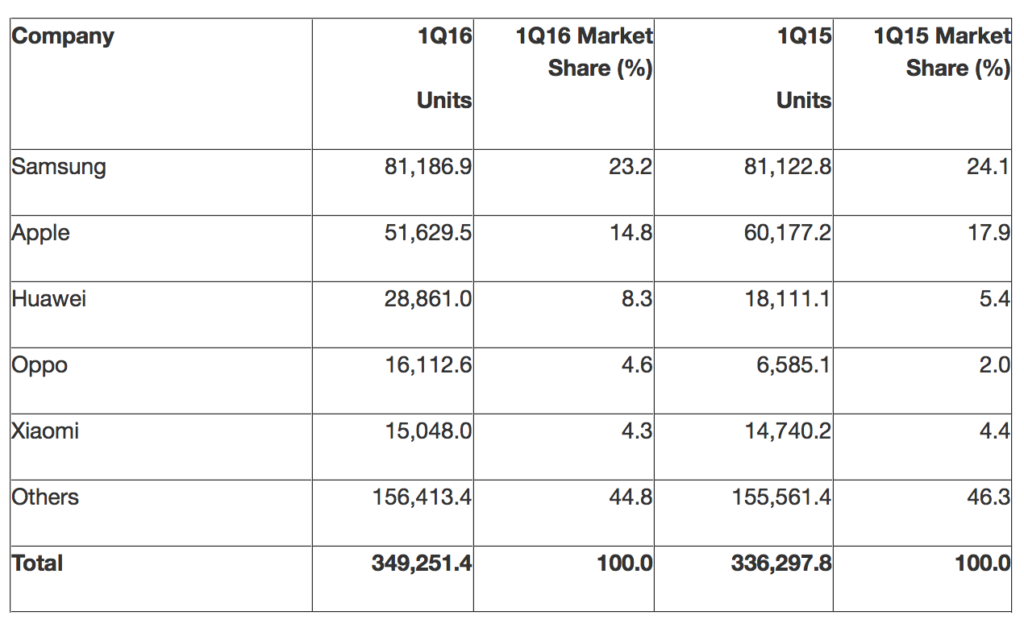 The firm goes on to say that what growth there was in the smartphone market was driven by demand for low cost devices, not just in developing countries but markets across the world.

In particular, Chinese manufacturer Oppo, relatively new to these type of lists, saw unit sales increase by 145 percent year on year. Much of its sales growth came from its homeland where demand for relatively affordable 4G devices helped spur demand. On the other hand, one of Oppo’s more established local rivals, Lenovo, saw sales of its devices decline by 33 percent when compared to Q1 2015.

One has to wonder what this means for Motorola, the historic mobile brand Lenovo purchased in 2014. Since it was acquired by Lenovo, the company has struggled to post strong fiscal results, despite releasing a number of well-received devices.

That said, both companies will look to turn their fortunes around with the release of the new Moto G family of smartphones, which are set to come to Canada later this summer. The two companies are scheduled to announce additional devices, including a relaunch of the RAZR brand, at an upcoming event in San Francisco, California on June 9. 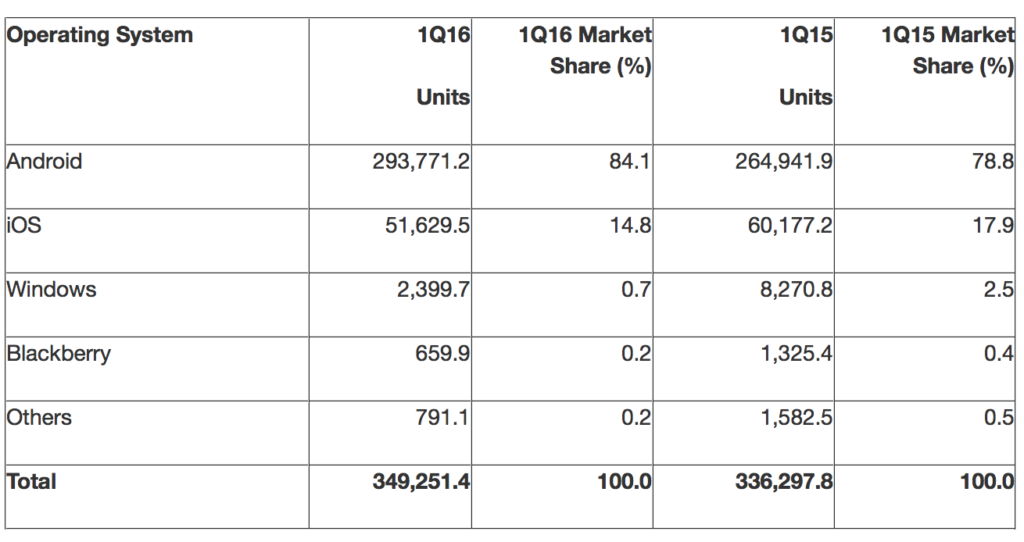 Gartner also commented on Nokia’s impending return to the mobile market, noting it will be difficult for HMD Global, the company that purchased Nokia’s feature phone business from Microsoft alongside Foxconn, to make its mark.

“Nokia’s announced return to the smartphone and tablet markets will not be an easy mission,” said Anshul Gupta, a research director at Gartner. “In today’s market it takes much more than a well-known brand to sell devices. Making good hardware won’t be an issue for Nokia, but users need a compelling reason to remain loyal to the same brand. Furthermore, that the smartphone market is slowing down makes it difficult for mobile phone vendors to reach previous levels of growth.”