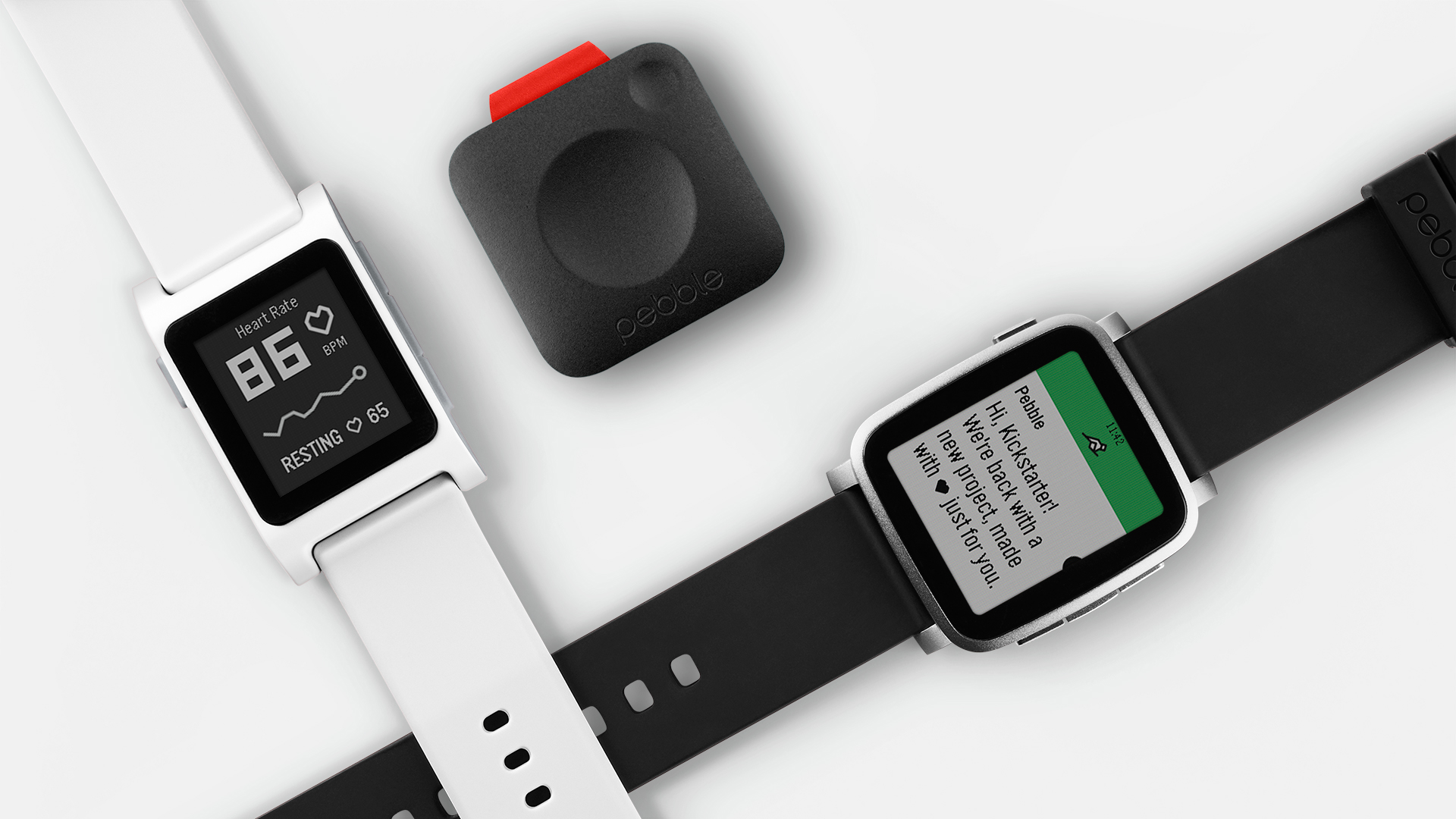 With the help of crowdfunding platform Kickstarter, Pebble has revealed plans to launch three new products, the Pebble Time 2, Pebble 2 and Pebble Core.

The most interesting of the three devices is the Pebble Core, a 3G connected wearable Pebble says is designed to allow runners to track their fitness without carrying a smartphone. The Pebble 2 and Pebble Time 2 are “fitness-focused smartwatches” according to Pebble, and both devices are set to feature built-in heart rate monitors.

“Pebble has a rich history of giving people simple devices that do a few things really well and make life a bit easier. Health and communications is at the heart of how people use wearables today,” said Eric Migicovsky, CEO and co-founder of Pebble in a recent statement sent to MobileSyrup. “Pebble 2 and Pebble Time 2 combine the power of a fitness tracker with the awesome smartwatch features that we’ve developed over the last four years. With Pebble Core, we’re launching off the wrist and taking wearables to the next level.” 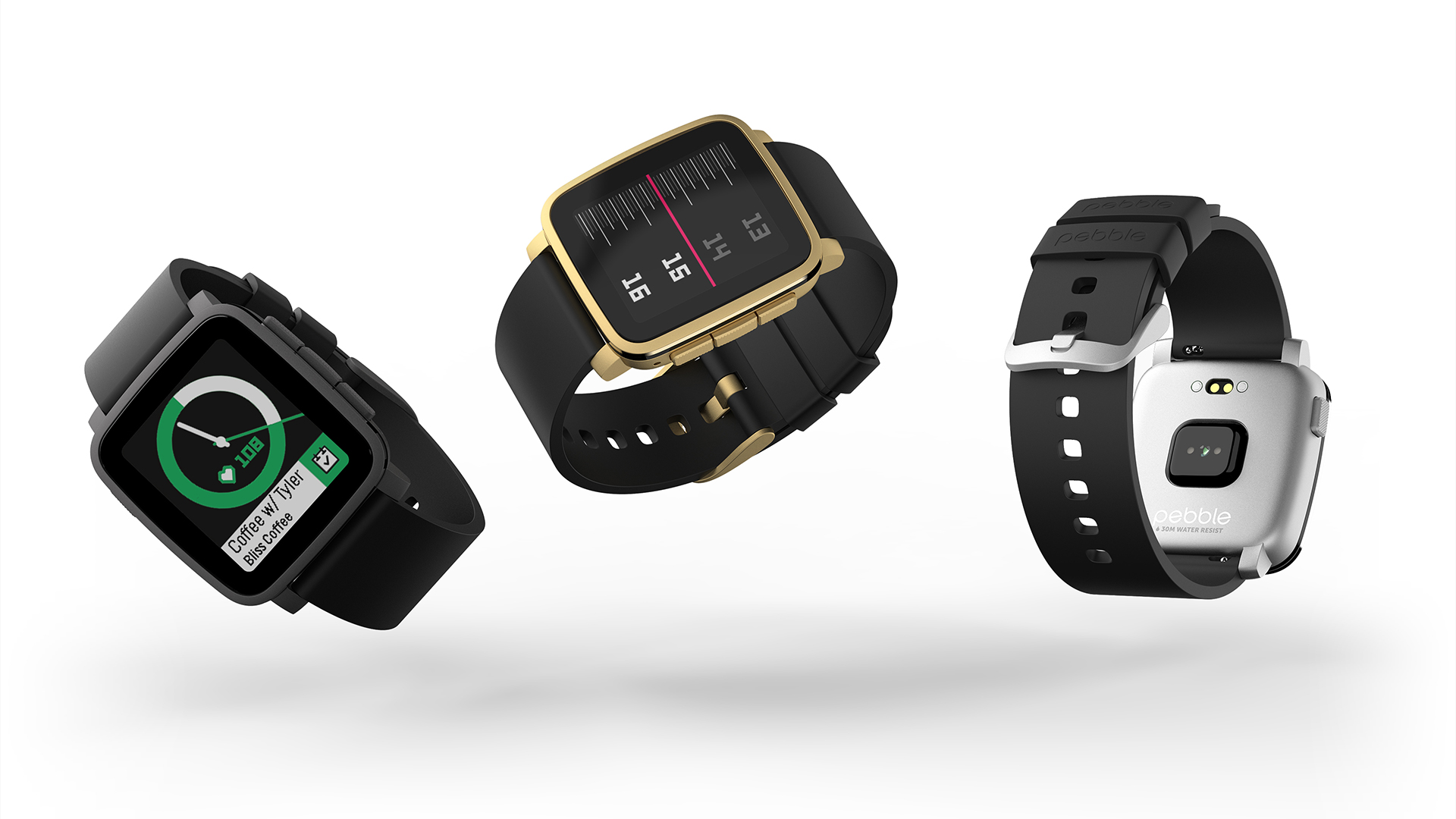 The Pebble Time 2 is constructed of stainless steel, which could indicate the company is planning to phase out its current upgraded “steel” premium brand. The device features an e-colour display that is 50 percent larger and has 80 percent more pixels (specific resolution specs haven’t been released), when compared to the original Pebble Time.

Battery life comes in at 10 days, the same amount of time as the Pebble 2. Interestingly, the new version of the Pebble Time also features a built-in heart rate monitor and microphone.

The Pebble Time 2 is available on Kickstarter right now for $184 CAD (depending on the fluctuating dollar value) and will reportedly start shipping this coming November. 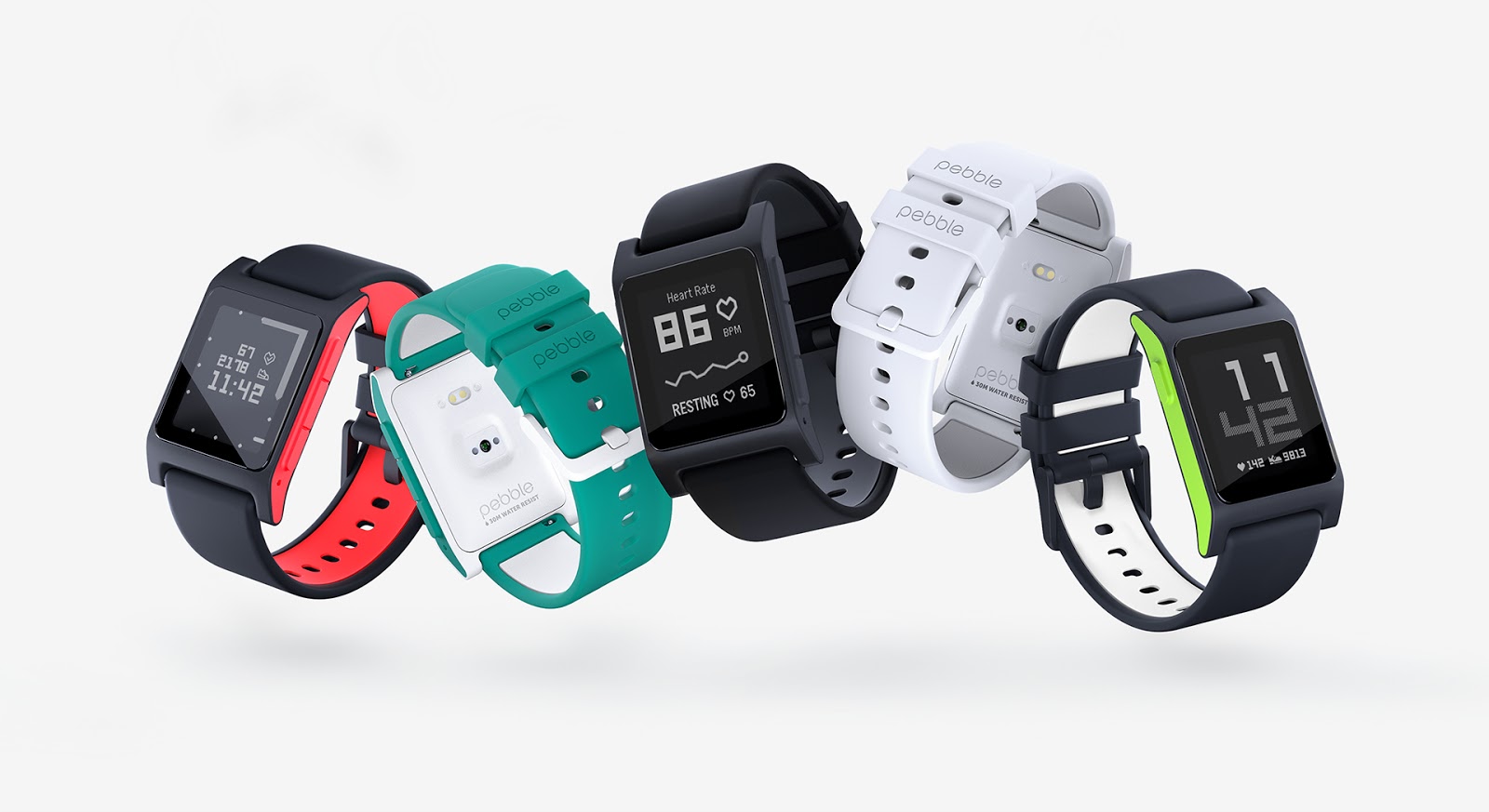 In its new product line, Pebble has also revamped the classic Pebble with the Pebble 2. It’s unclear what Pebble has specifically upgraded with the Pebble 2 beyond a sleeker form factor, especially in terms of display quality. From the recently release promo images, the Pebble 2 seems to adopt the same black and white e-colour display as the original Pebble.

The Pebble 2 is currently on Kickstarter and is available for $114 CAD and will start shipping to customers in September. 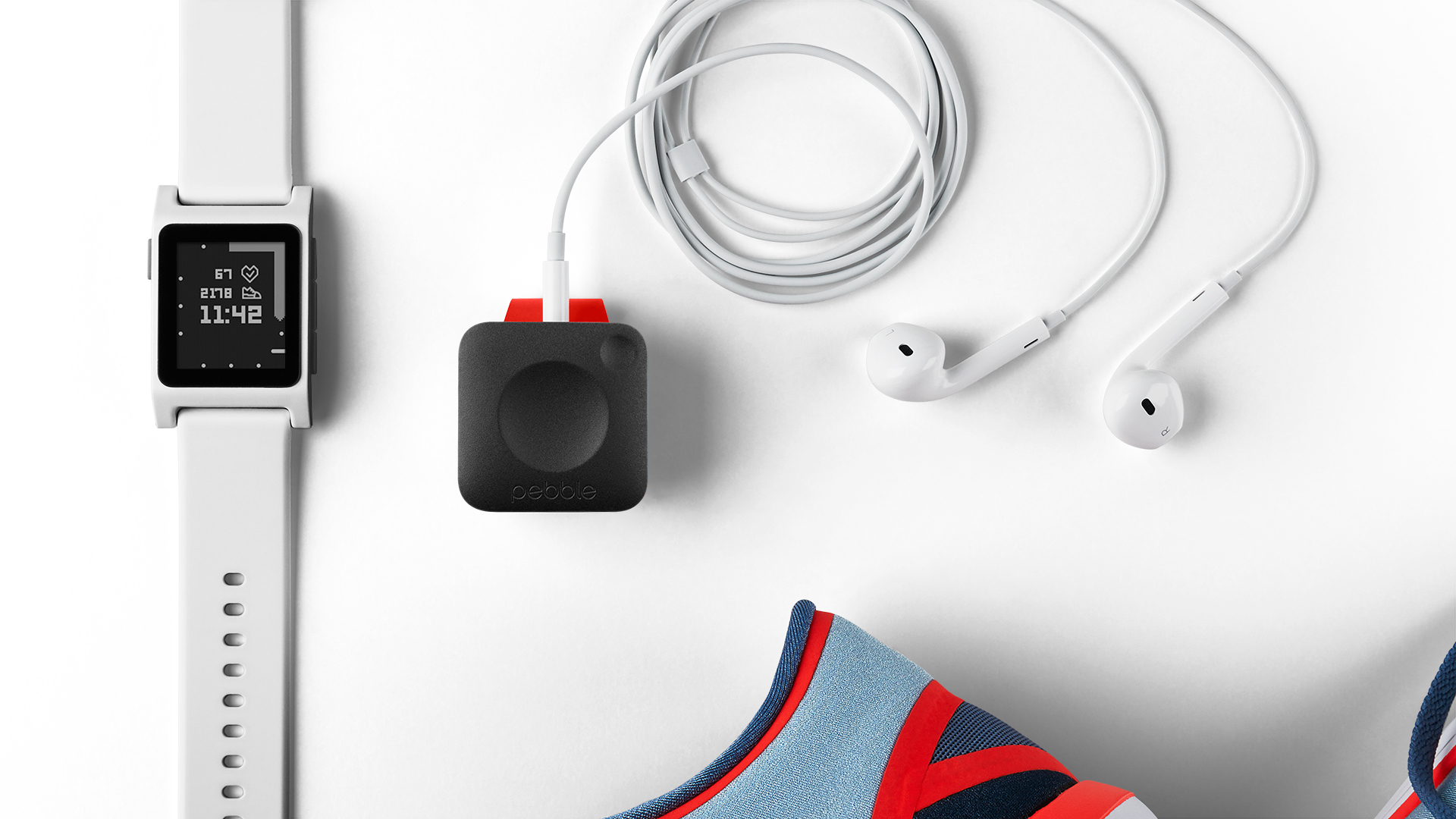 The 3G-enabled Pebble Core is able to stream music via Spotify, as well as track location via GPS, and has the ability to send out an emergency SOS indicating your location.

According to Pebble, fitness stats can be synced via Runkeeper, Strava, MapMyRun, Google Fit and Under Armour Record running on your smartphone. The device also has the ability to take voice notes and quickly activate Pebble apps with the press of a button, like ordering an Uber.

Pebble Core battery life reportedly measure in at 9 hours and the device also features wireless Qi charging functionality. What is most interesting about the Core, however, is its ability to use 3G data and compatibility with standard sim cards. While the company hasn’t made it clear yet, it seems Pebble’s concept behind the Core is for users to remove the SIM card from their smartphone and put it in the Narrative Clip 2-like Core, removing the need to take a bulky smartphone on a run or bike ride.

The Pebble Core is available on Kickstarter for $84 CAD and will start shipping in January.

A new direction for Pebble 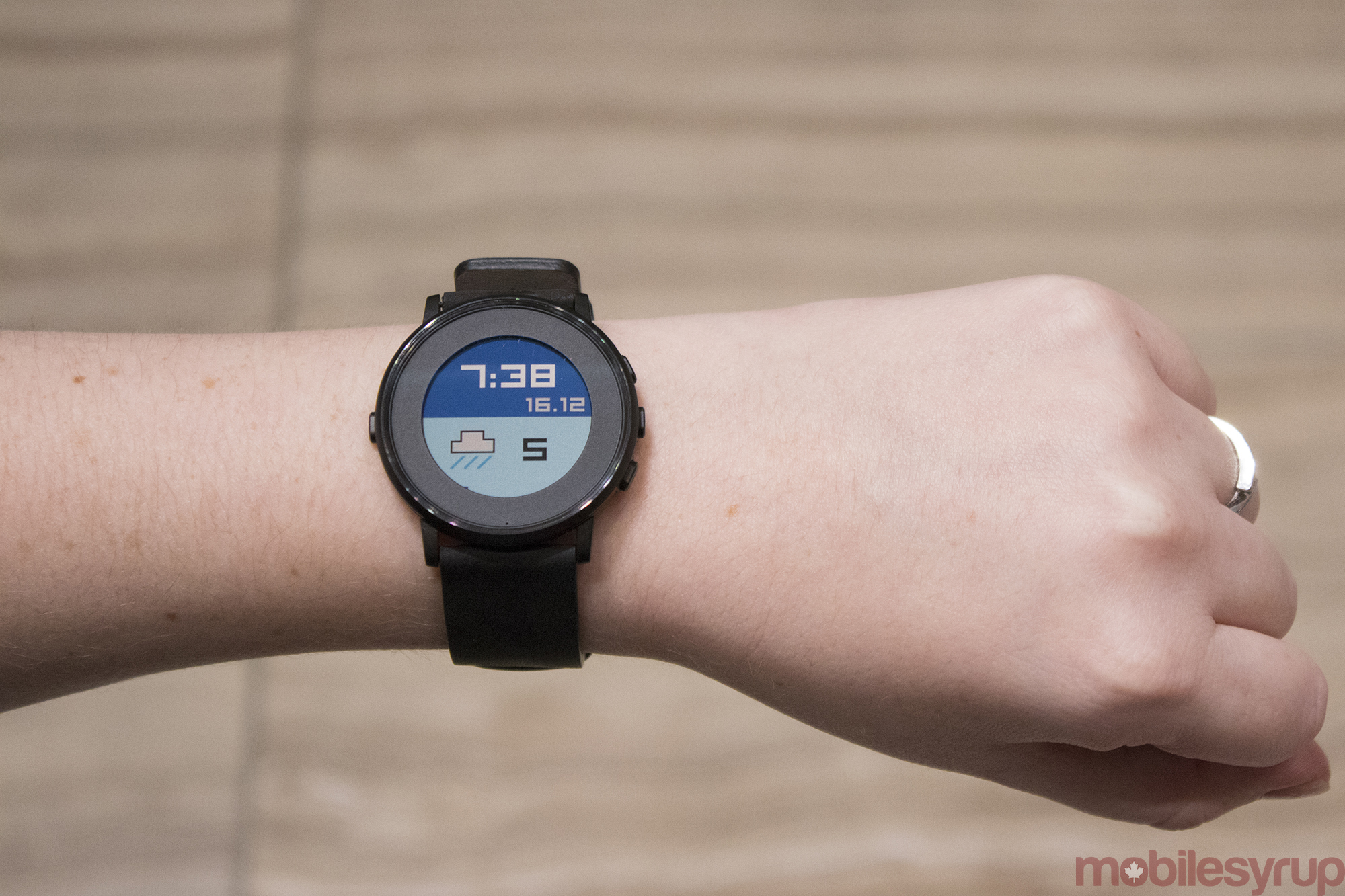 With these new product launches, Pebble seems to have pivoted its focus slightly by placing more emphasis on the growing fitness wearable market. Late last year the company launched Pebble Health, a somewhat limited fitness app designed to track distance and steps on its various Pebble devices. Pebble does however emphasis that both the Pebble 2 and Pebble Time 2 retain the same phone, text and information notifications the devices have become known for.

All of Pebble’s products, excluding the Pebble Time Round, which doesn’t seem to be getting an update (yet), initially launched on Kickstarter, with the company’s Time device amassing $4 million USD from backers in just four hours.