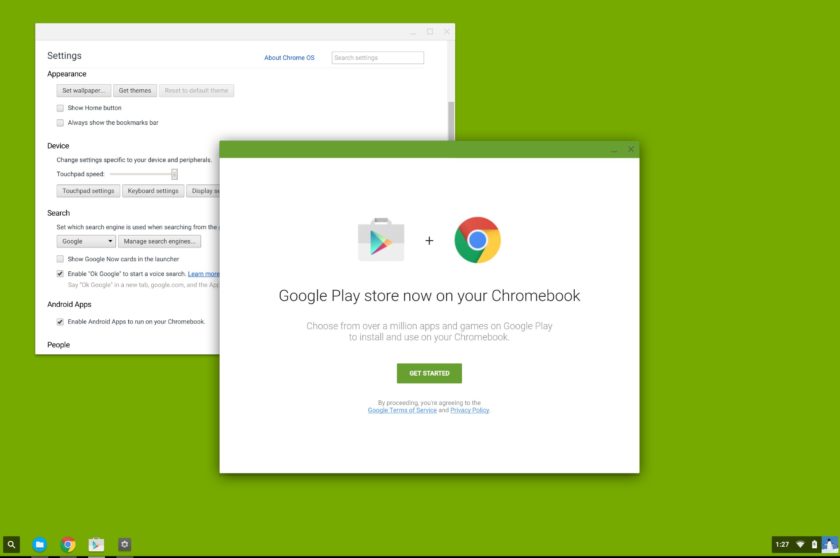 While it wasn’t announced during today’s Google I/O keynote, it looks like the Play Store is still coming to Chrome OS. This news was first spotted by 9to5Google who spotted the following in a session description.

Though apps will likely need to be tweaked in order to properly run on Chrome OS, the integration may prove a huge advantage for Chromebooks going forward, as this development answers the complaint so often associated with Chromebooks: that native apps are easier to use than their web counterparts, and that some apps offer functionality that websites do not.

While this is definitely exciting news for Google, it’s not exactly breaking. The news that the integration was coming leaked out earlier this month.

Android apps won’t be available on all Chromebooks to start, as the conference led many to believe. In fact, just three Chromebooks will receive the update in June including The Asus Chromebook R11, the Chromebook Flip and the 2015 Chromebook Pixel.

However, Google’s assured customers that the list of Chromebooks that will work with Android later this year is more extensive and includes a wide variety of brands.

You can find the complete list of Chromebooks that will eventually receive the update here.

Related reading: Google’s Instant Apps lets you use apps without installing them

Chromebooks can now install some PWAs through the Play Store