Google’s Instant Apps lets you use apps without installing them 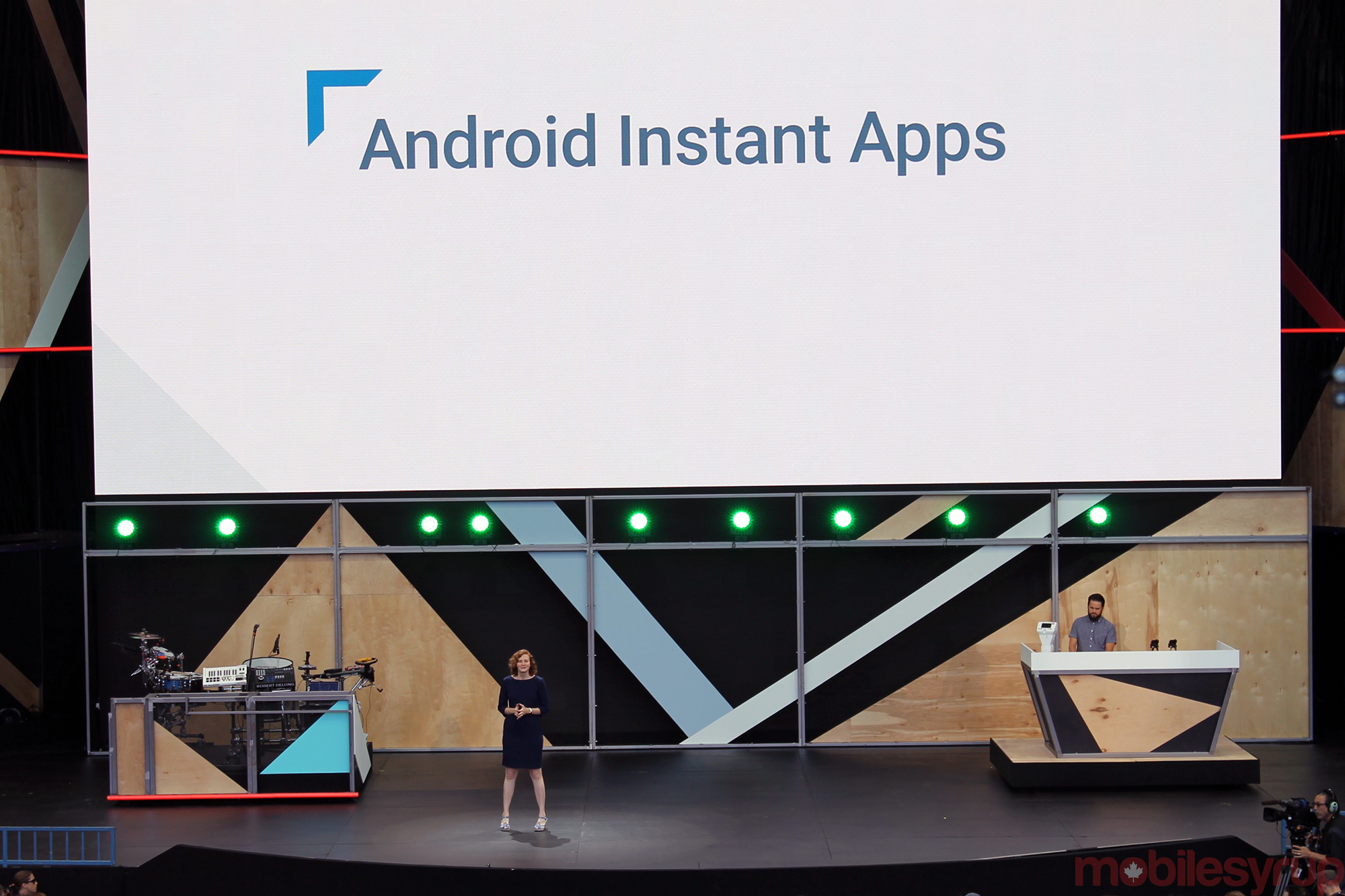 Smartphone users can’t possibly download every single app on the market. Google knows this and today at Google I/O, proposed a solution its Android ecosystem. Presented by Ellie Powers, product manager for Google Play, Android Instant Apps allows users to open links without ever having to install the app associated with them.

Powers emphasizes that this program is a response to developer requests for Google to make it easier for Android users to access apps in the Play Store.

Powers explained that Android Instant Apps allow Google to download only the code necessary to display specific segments within an application. Instant Apps does this by dividing the code into modules.

Furthermore, if a user wants to make a purchase through an external app, but they don’t want to download it, that’s where Android Pay comes in. Instead of having to input your name and credit card into the external app, Android Pay steps in to process the user’s purchase.

Google has been working with a small set of developers to help refine Android Instant Apps, including BuzzFeed, B&H Photo, Medium, Hotel Tonight, Zumper and Disney.

In addition, Android Instant Apps will be compatible with Android phones running platforms as far back as Jelly Bean.

Developers won’t need to create a separate app in order to take advantage of this new program. Simply update the current app and users will be able to enter the interface simply by clicking a link.

“When you do make the update, your app will be just one tap away for more than 1 billion people,” said Powers.

Android Instant Apps are set to roll out later this year.