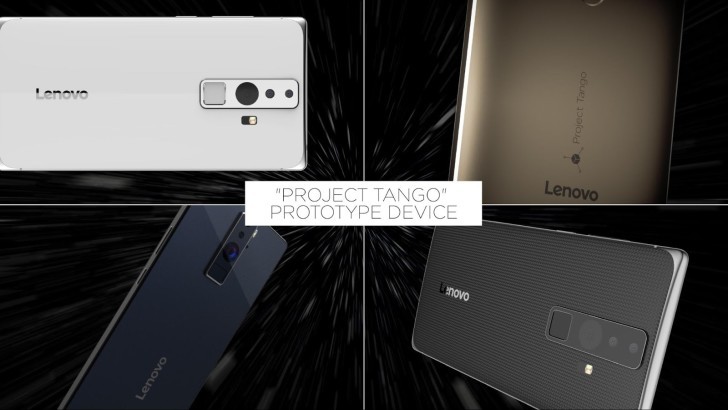 While it doesn’t have an official name yet, the phablet is notable for including several features that set it apart from previous Tango devices.

To start, for the first time on a Tango device, the back-facing cameras will be aligned vertically, allowing users to use the device’s augmented reality toolset in portrait as well as landscape mode. With past Tango devices like Google’s own development kit, the cameras had to be aligned horizontally, which is why that particular device is a tablet — even Intel’s RealSense, which is a smartphone, has its cameras positioned along a horizontal row.

It’s also the first Project Tango device to feature a Qualcomm processor. Up to this point, every single Tango smartphone or tablet has shipped with more exotic processors like Nvidia’s Tegra K1 chipset.

Perhaps most importantly, Google and Lenovo plan to make the device relatively affordable; the goal is to ship a smartphone that costs under $500 USD. Together, the hope is that these factors will make Lenovo’s smartphone, as well as any future Tango devices, more appealing to consumers.

According to Gizmodo, Lenovo and Google have been working on the smartphone for more than a year, and development is scheduled to continue until this summer, meaning we could see the device ship by the end of the year.