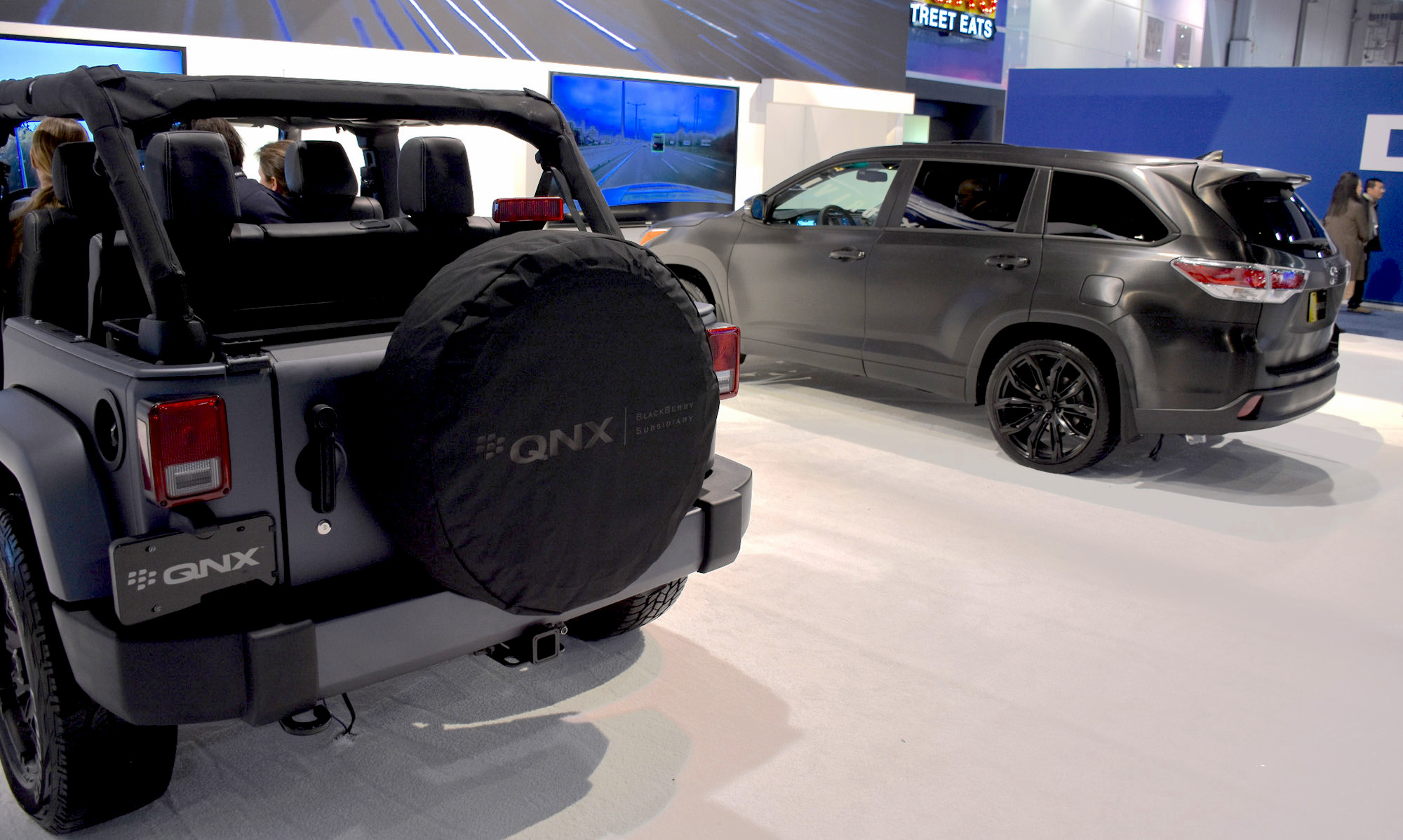 Last year it was a Maserati; this year it’s a Toyota Highlander. At CES 2016, QNX demoed a concept car at CES that gave attendees a glimpse of what a digital dashboard will continue to look like, and how in-car acoustics can change using software.

I should preface the rest by noting that last year’s blue Maserati is no more. A QNX source told me it was crushed into a cube at a scrapyard because it was built specifically for the company and didn’t have a VIN (vehicle identification number). While sad to see such a nice ride go, some of the technology inside has carried on into the Highlander on display at CES. 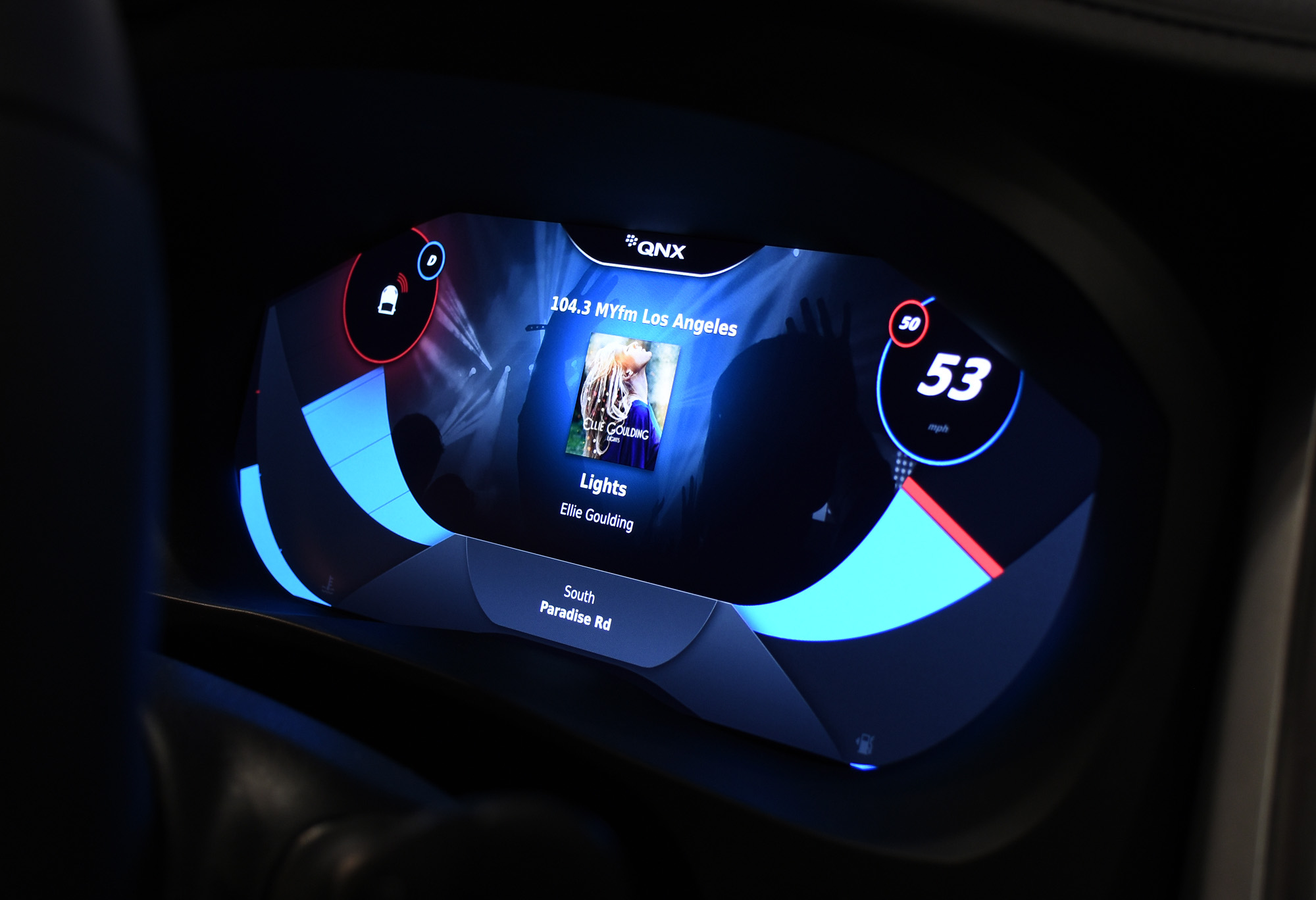 The digital cluster on the front is more or less the same as the one in the Audi TT. A full screen that delivers more of the visuals and contextual information usually found in the head unit in the middle of the dash, it can be handled via steering wheel controls. HERE Maps, including photos of points of interest and Street View, is included to help drivers visualize where they are and where they need to be.

This includes a speedometer that turns red when going above the speed limit or at a dangerous speed, music playback, radio presets and more. Similar clusters have been seen in other vehicles, albeit not quite as immersive or deep as this one.

The main feature shown, however, was QNX’s Acoustic Management Platform (AMP), what the company describes as “a comprehensive solution that allows automakers to enhance the audio and acoustic experience for drivers and passengers, while reducing system costs and complexity.”

This isn’t only about music but also conversing in the cabin. Vehicles these days have multiple acoustic and audio signal-processing systems that run simultaneously, yet not in a complementary way. In other words, one is not aware of the others and vice versa. In practical terms, the car’s audio setup doesn’t know that it can raise or lower the volume based on how much noise the vehicle and the environment it’s driving on makes.

Kerry Johnson, QNX’s automotive product manager, demoed the conceptual system and explained that automakers could benefit in using the AMP because of its low latency architecture that functions on general purpose application processors, rather than proprietary ones that automakers tend to use. Doing this would allow them to avoid having to develop and install their own digital signal processors (DSP) or expensive hardware components to influence how sound is distributed throughout the cabin.

QNX has separated the system into different modules, so that automakers can also choose what they want to go with. 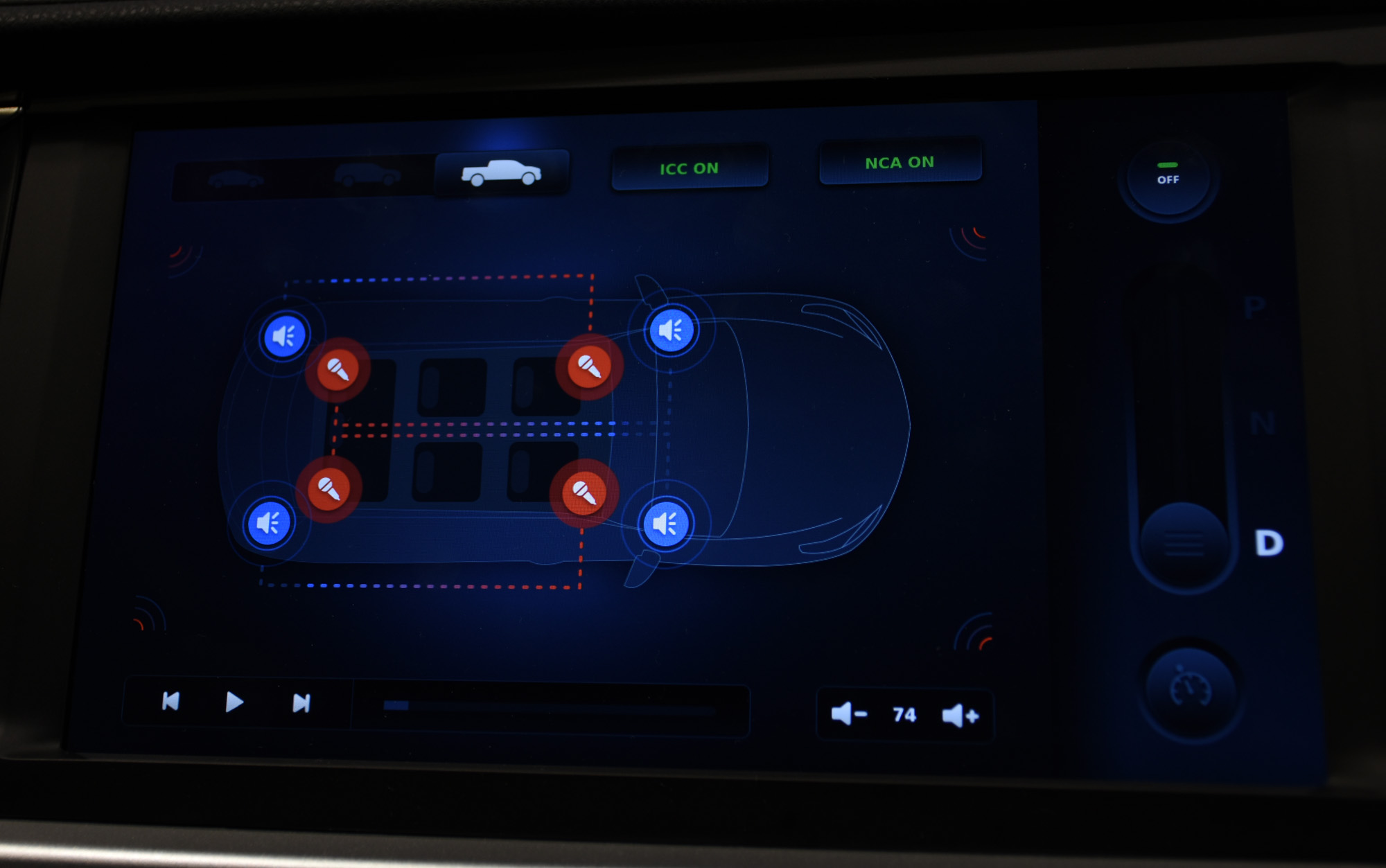 One of them is in-car communication for enhancing conversations between seats. With Johnson sitting in the back, and a driver steadily cruising over 100km/h, the noise was visually reflected on the screen in the middle of the dash. Tapping a button on the demo screen lowered the noise and enhanced his voice coming from the far back of the Highlander. His voice sounded like it was coming through speakers above my head, not directly from the back. In turn, he could hear me perfectly fine, despite the road noise and a radio station playing music at below-average volume. When he or I spoke, the elevated volume of our voices was also reflected on the same screen.

The flip side of this is reducing the booming noise of the engine. Some vehicles carry a reputation that needs such roaring, while others don’t. Automakers could be selective here in using software to enhance or neutralize that kind of feedback. Johnson said that Active Noise Control (ANC) generates “anti-noise” through the car’s speakers to muffle it. Engine Sound Enhancement (ESE) basically does the opposite. 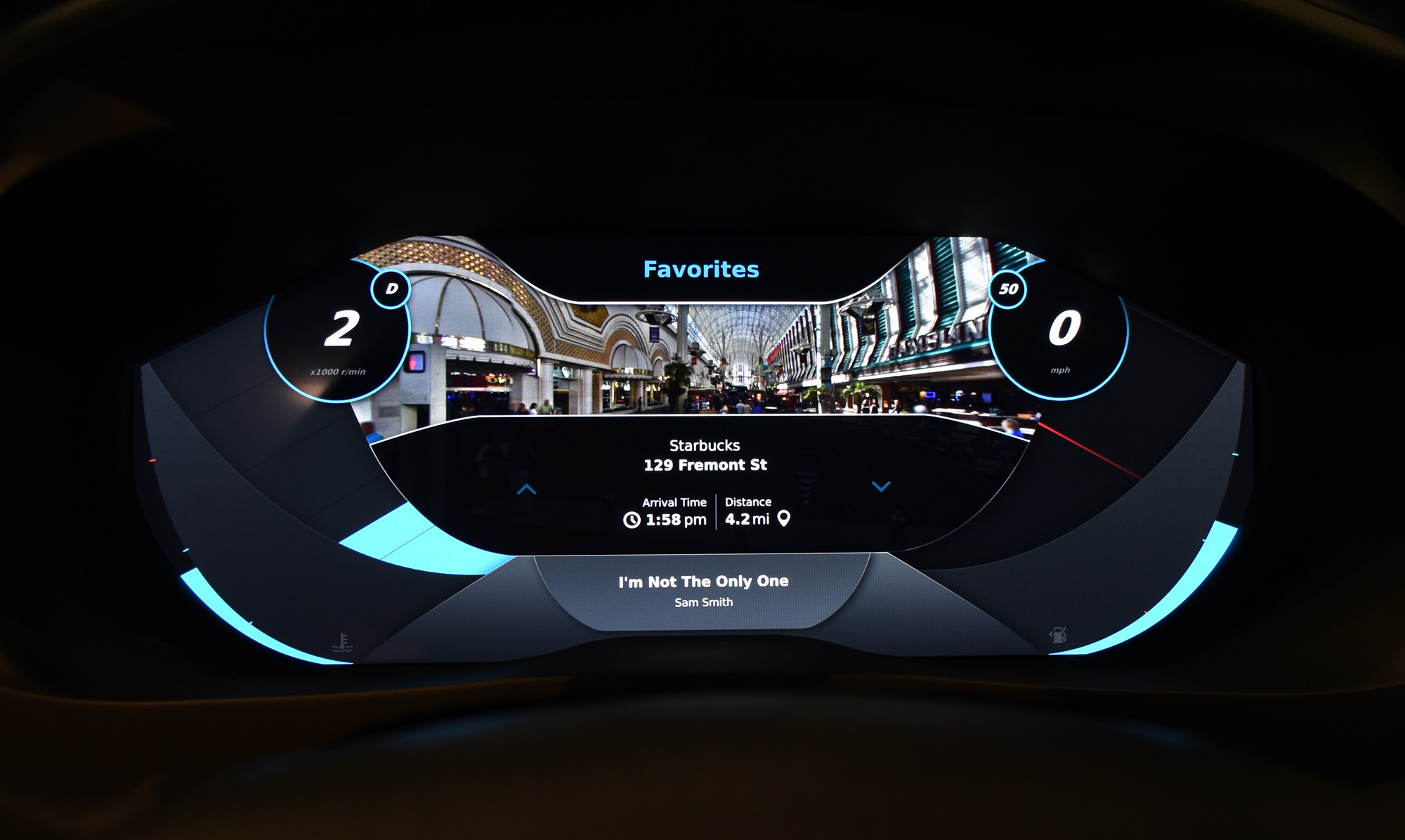 Don’t look to get any of this in your current vehicle because there’s no backward compatibility, and only one automaker this year is likely to roll it out. Johnson wouldn’t say, but if I were to hazard a guess, it would be Mercedes-Benz.

Hands-free calls on smartphones could surely benefit from such a setup, but it remains to be seen how this mystery automaker utilizes it.