Google: Almost 30% of devices are on Lollipop, 0.5% on Marshmallow 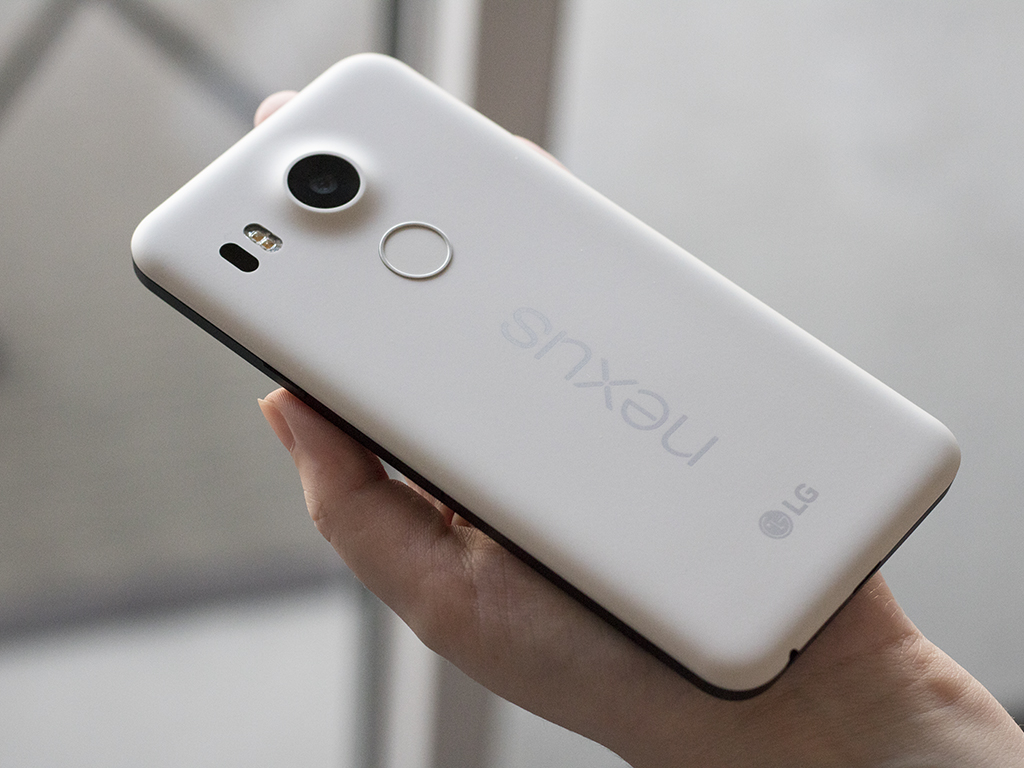 As in previous months, the company’s statistics paint a familiar picture: the majority of Android users are running software more than two years old. Thankfully, that picture may soon change. Let’s take a look. 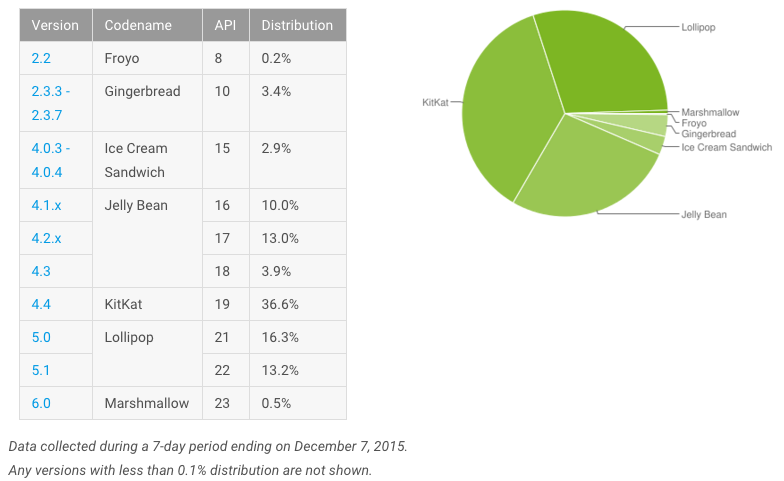 More than two months after the release of the Nexus 5X and Nexus 6P, as well as the release of Marshmallow to other Google-branded devices like the Nexus 6, Android 6.0 is now on 0.5 percent of devices. With most recent Android smartphones not set to get 6.0 (and the taco-filled 6.0.1) before sometime early next year, Marshmallow’s installation numbers likely won’t jump significantly for another couple of months.

More significantly, these numbers give us an approximation of how consumers have responded to the Nexus 5X and 6P. With more than 1.4 billion active Android users — according to the latest numbers shared by Google CEO Sundar Pichai — and 0.5 percent of those people on Marshmallow, it’s safe to say that, leaving aside the substantial install base of Nexus 5 and Nexus 6 users, people are taking nicely to the Nexus 5X and 6P.

Moving on, while still the single most popular version of Android, KitKat continues its steady decline. In November, 37.8 percent of Android devices visiting the Google Play Store were running 4.4. One month later, that number has declined to 36.6 percent.

KitKat’s declining numbers have done wonders for the adoption of Lollipop. Since November, the number of phones running some version of Android 5.0 and 5.1 has increased by almost 4 percentage points. Lollipop is now on almost 30 percent of Android devices.