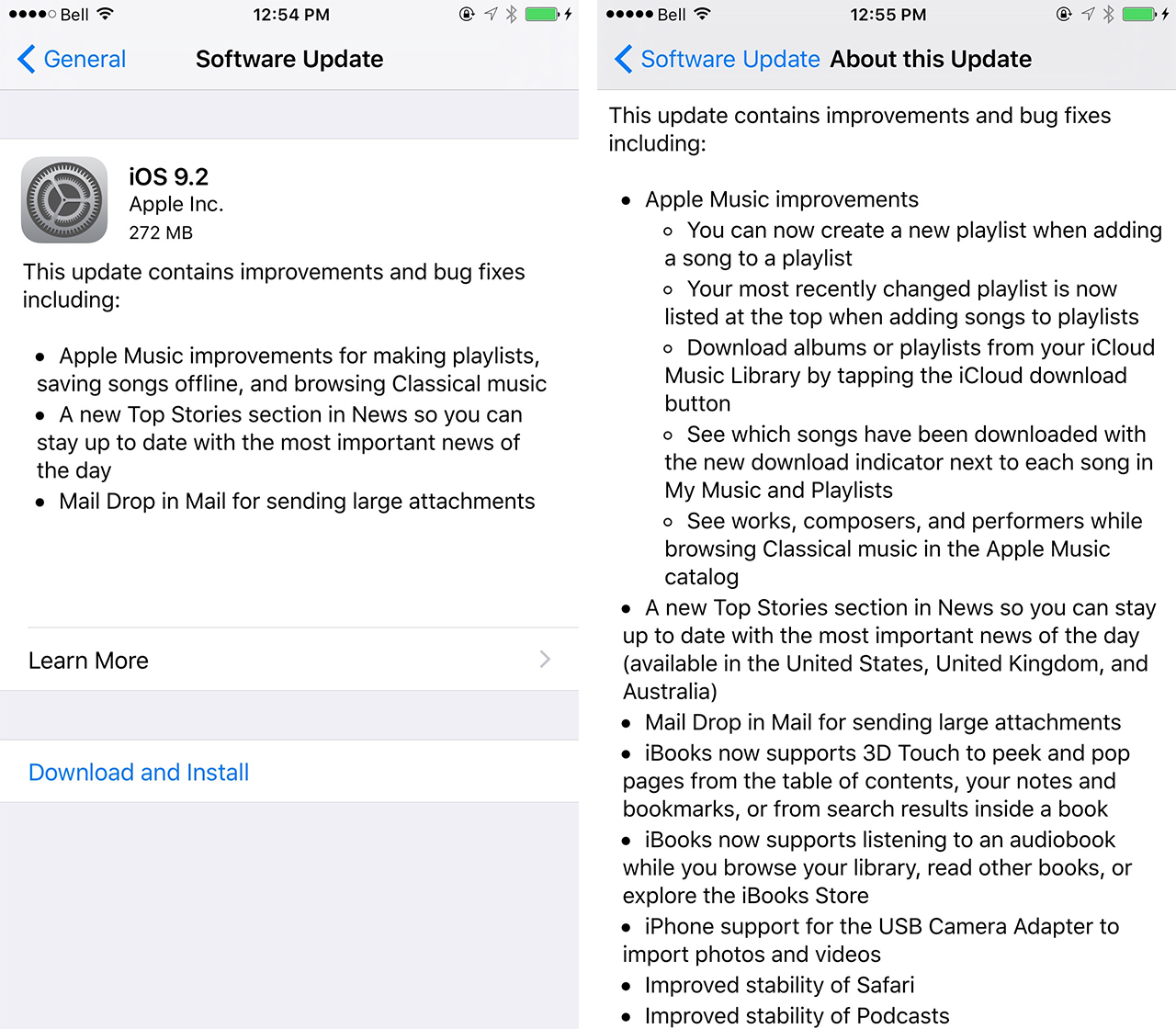 The public version of iOS 9.2 has been released, marking the second major update to the Apple’s iOS 9 operating system since its initial launch in September.

Although iOS 9.2 is the second full update to Apple’s operating system, it is actually the fourth overall update to iOS 9, following the release of iOS 9.0.1, iOS 9.0.2 and iOS 9.1.

iOS 9.2 makes significant improvement to the performance of Safari WebViews, which allow apps to launch a native web browser, with all the standards compliance and security of a regular Safari window, inside third-party apps. It also allows users to access Extensions such as 1Password from within apps that utilize native WebViews.

Other additions include various bug fixes in Apple Music and improved stability in both Safari and Apple’s Podcast app. The update also reportedly fixes a naming issue when Rogers customers were connected to WiFi, with WiFi Calling enabled: instead of saying ‘WiFi Rogers’ in the top left corner, the system now shows ‘Rogers WiFi’.

iOS 9.2 has been in developer testing since late October.