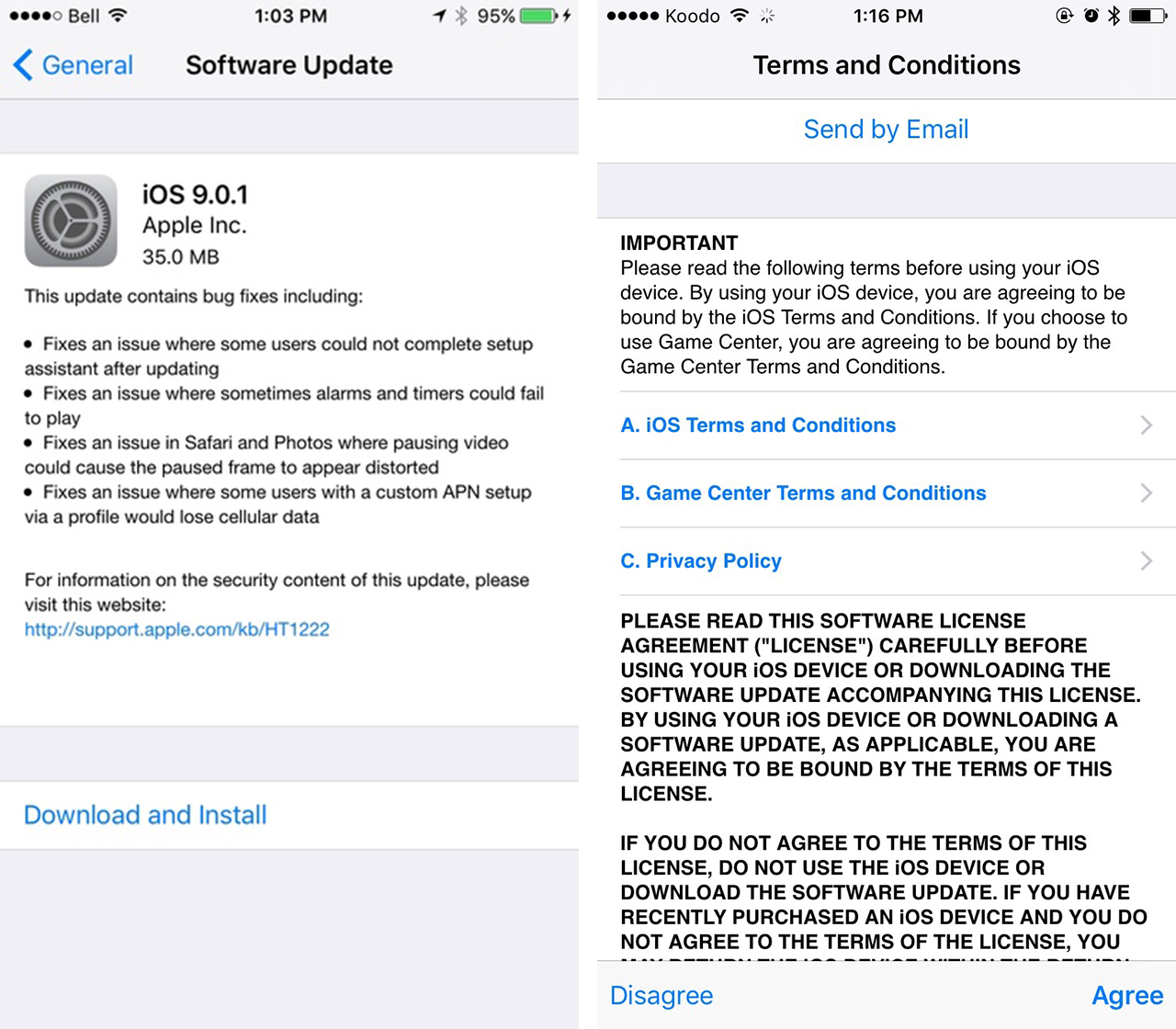 Apple has dropped iOS 9.0.1, the latest update to iOS 9. The new update brings a number of bug fixes to the device since the iOS 9 update was released on September 16th.

According to Apple’s details, iOS 9.0.1 fixes an issue that disables setup assistant after performing the iOS 9 update, a problem that affected a large number of early adopters.

The update also fixes a bug where alarms sometimes wouldn’t go off, and solves problems related to APN and data, as well various other minor issues included in iOS 9.

iOS 9.0.1 measures in at just 35.4 MB. To download, head to Settings/General/Software update, or plug your phone into a computer with iTunes and press “Update”.