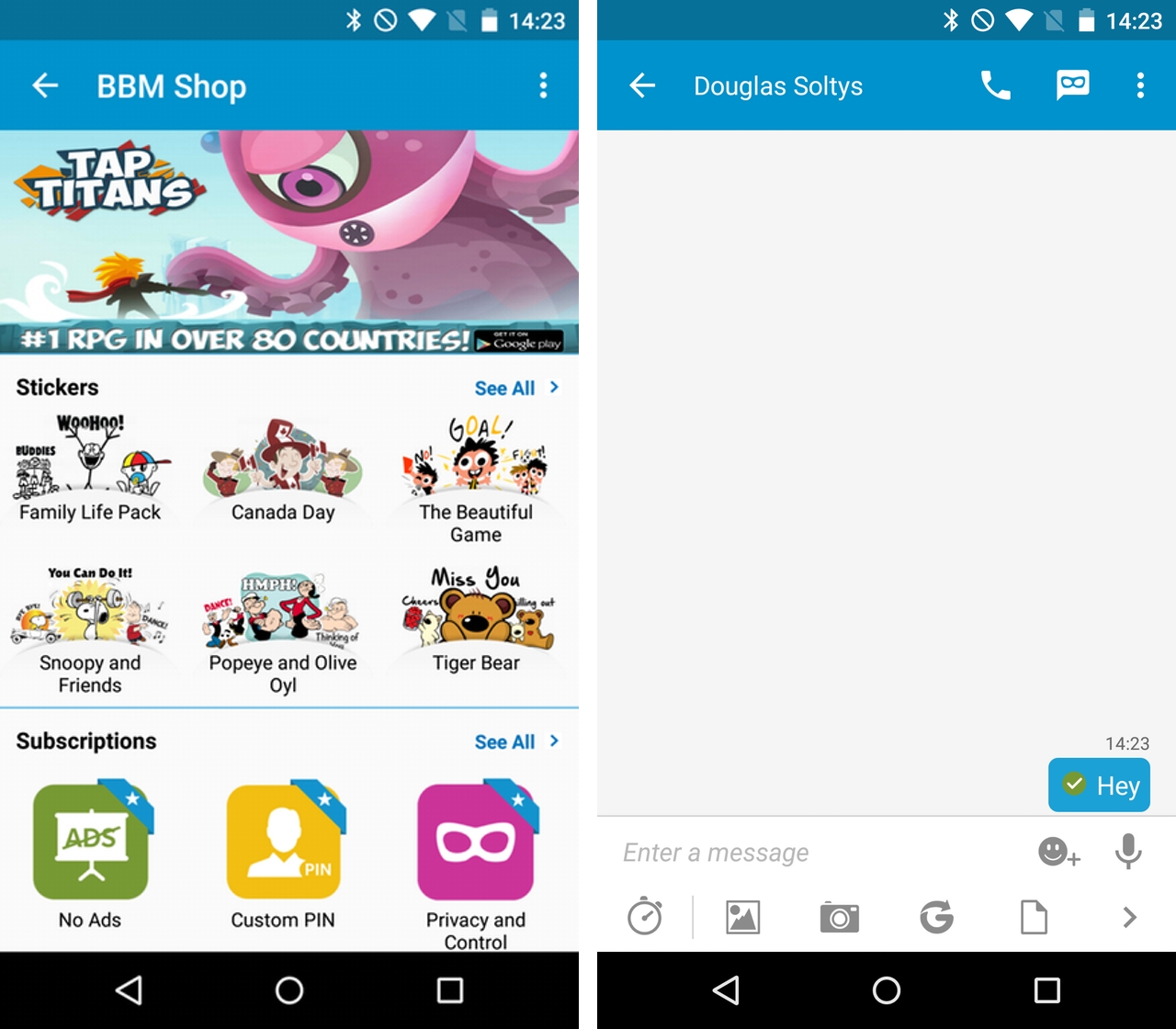 After a brief sojourn in beta land, BBM for Android has been updated with a fresh coat of Material Design.

The update adds well-worn elements of Google’s design language along with flourishes from the old design we’re used to seeing from the Waterloo-based company.

BBM for Android also introduces a number of new features in this recent build, including support for a new Privacy and Control Subscription, a $0.99 per month package that offers the following, as per BlackBerry’s blog:

While the Privacy and Control Subscription is available to all BBM users on iOS, Android and BlackBerry, the Android app has also received some improvements to font rendering and sticker organization.