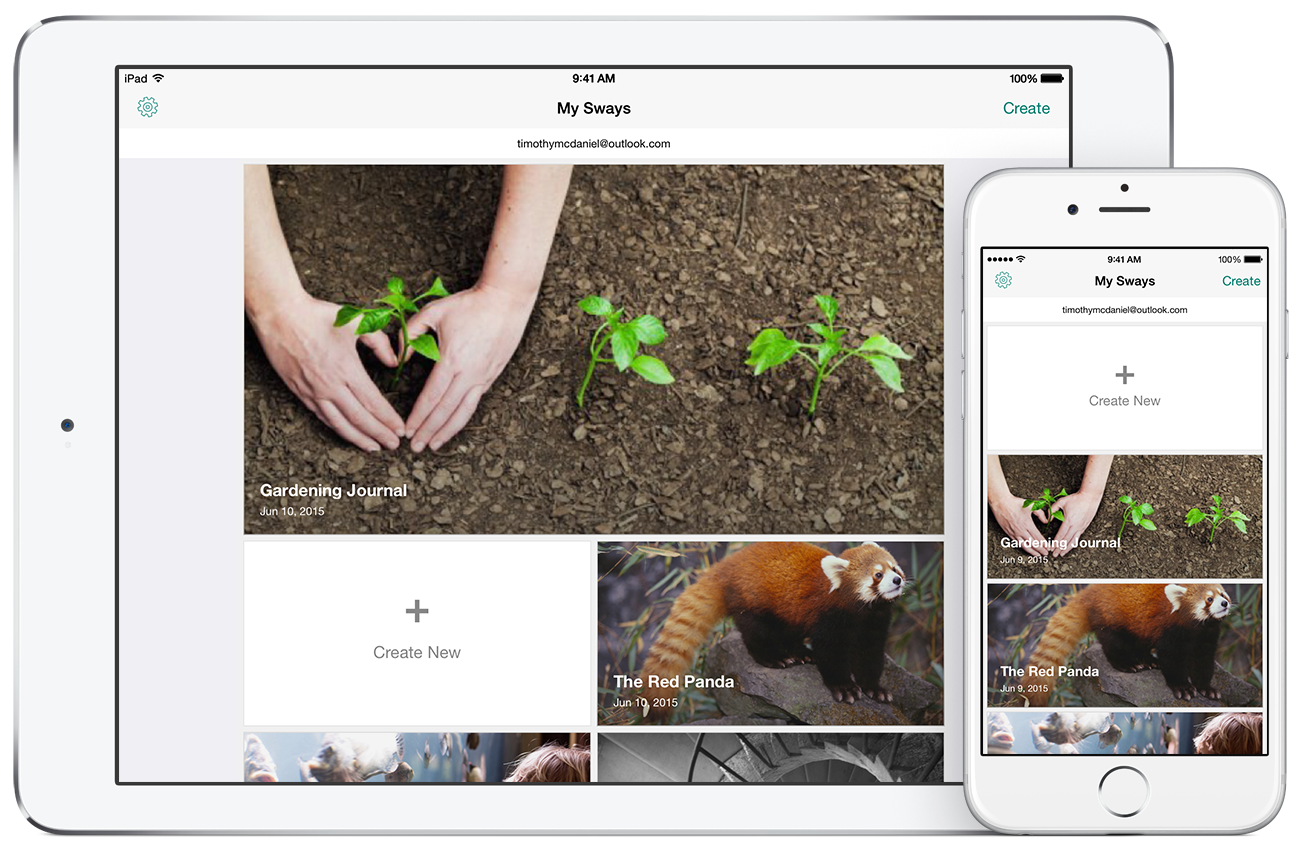 Continuing its strategy of aggressively releasing its suite of productivity apps on Android and iOS, Microsoft has made Office Sway, it’s program for creating simple but elegant presentations, available on the iPad.

In an update released today, Microsoft not only adds iPad support to the iOS app, but a whole host of other features, as well.

The most welcome change is that it’s now easier to add pictures, videos and text. This is due to a redesigned menu bar that moves as the user adds more content to their presentation. Blissfully, previewing your creations is also faster than in previous iterations of the app thanks to faster loading and the addition of “Edit” and “Preview” buttons that make switching between the two modes seamless. 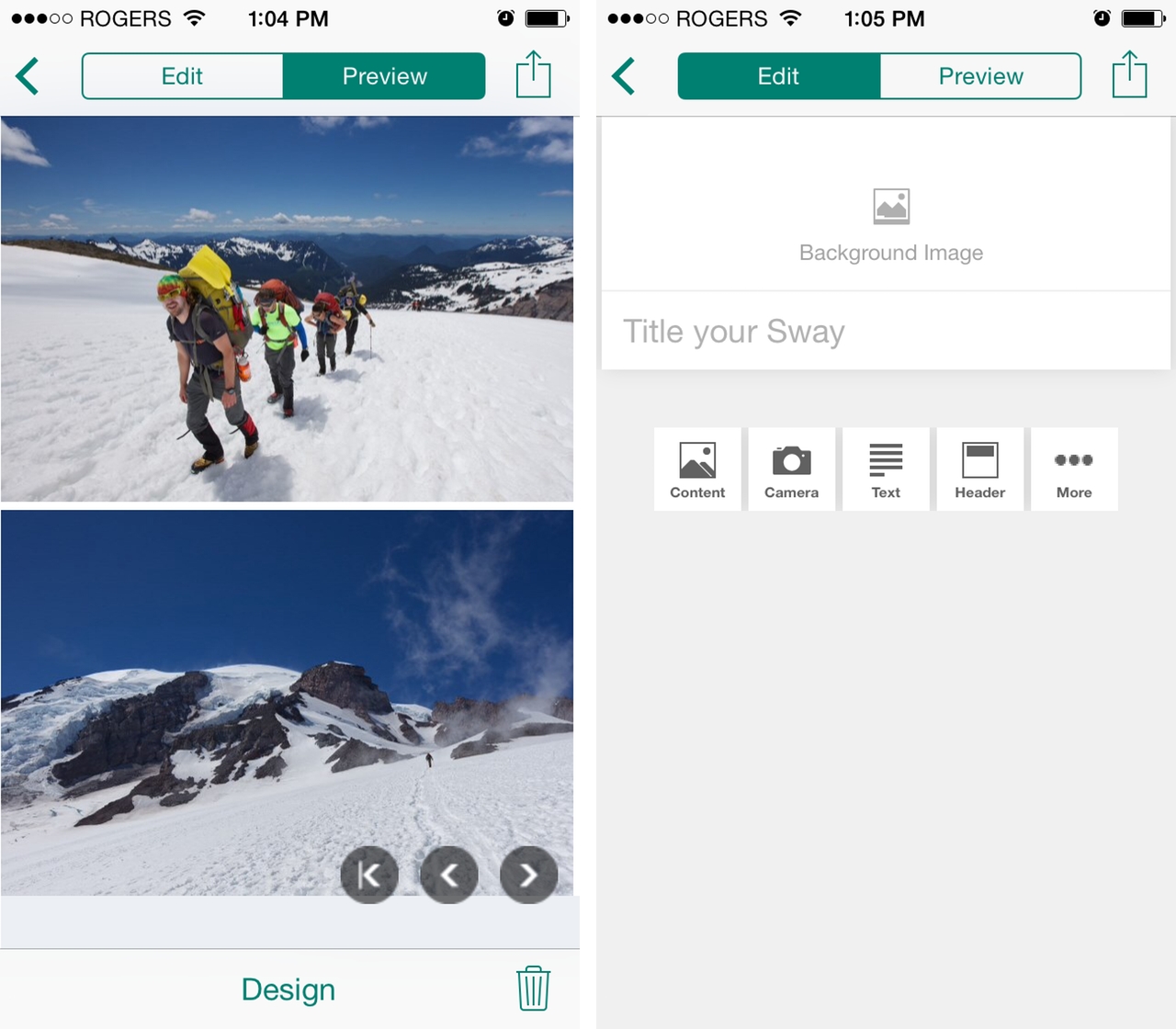 Although I wasn’t able to test it, Microsoft says that the iPad version of the app has a couple of special features. First and foremost, it’s optimized for the larger screen, and then there are things like the “Remix!” feature that allows user to try out different layouts.

Lastly, this release brings with it support for additional language. On top of English, the app can be used in Dutch, French, German, Italian, Japanese, Portuguese and Spanish once the app is updated.

Microsoft hasn’t announced when Sway will be released on Android. However, on its blog it does say, “We’ve heard your feedback loud and clear that you’re eager for Sway apps on more devices and platforms.” It goes on to state that the Windows 10 version will be released later this summer.