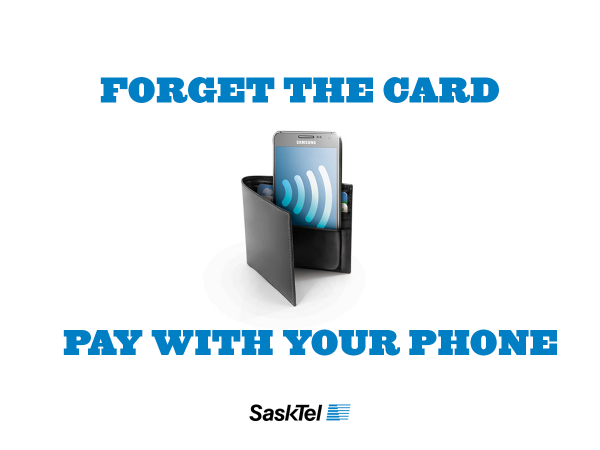 The company tweeted out a generic-looking picture of a phone inside a wallet, claiming, “Soon you can get the security & convenience of credit card payments using your SaskTel phone!”

While the company isn’t divulging any information — when asked for comment, a representative from the carrier noted, “We will have a formal announcement in mid-April,” — it’s clear that the company is planning to leverage existing technologies like NFC and secure element SIM cards to offer mobile payments to its 800,000 customers.

Carriers have inserted themselves into the mobile payment space because traditionally the only way to access the secure element necessary to store card credentials has been through a SIM card. That is changing with the introduction of Host Card Emulation, but banks have been slow to roll out the new standard, with only RBC publicly trialling the solution.

Rogers, Bell and TELUS, along with flanker brands, have worked with most of the major national banks, and some smaller regional credit unions, to offer mobile credit card payments. It’s possible we’ll see SaskTel added to the roster of carriers working with institutions like TD, RBC, Desjardins, Scotiabank and CIBC rolling out NFC-based mobile payments.