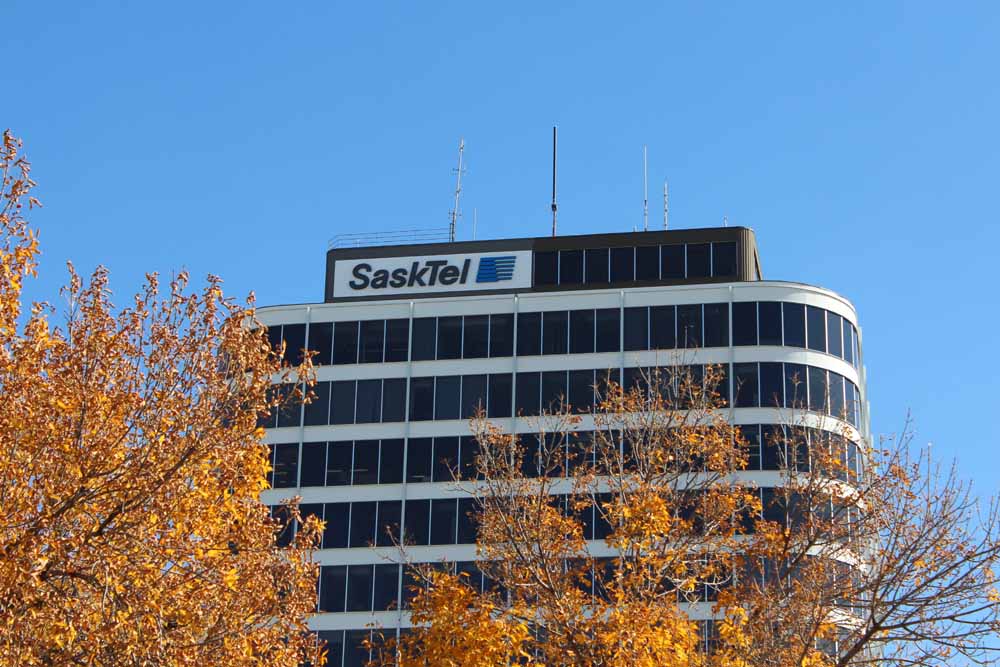 You won’t find a more approachable chief executive than SaskTel’s Ron Styles. Slightly hunched as he leans in across an enormous boardroom table at Toronto’s most stuffy anachronism, the Fairmont Royal York, he’s talking about SaskTel’s enormous achievements in 2014.

“Our data usage increased 61% last year,” he says, buoyed by the rise of smartphone adoption in both the mobile and fixed LTE space. The last of the Crown-owned telcos, SaskTel is relatively small when compared to national providers like Rogers and Bell. It made some $320 million in revenue in Q3 2014, its most recently reported quarter, which works out to about one tenth of a company like Rogers or Bell. It operates at a very small profit, its expenses for 2014 the equivalent to 90% of its revenue.

The company also has comparatively few smartphones on its network at 72 to 75 percent of postpaid customers, and still operates a network of 100,000 CDMA handsets.

But SaskTel is not a small company. It operates a joint 4G LTE network with Bell across the province; it has a huge copper footprint, and revenue began delivering fibre to the premises; it offers high-speed internet and television packages, as well as home phone service; and it is bringing high-speed fixed LTE to rural customers using a technology, TDD LTE, that is barely used in North America. It does all this while undercutting the incumbents that most Canadians in provinces without regional providers spend a lot of time complaining about. 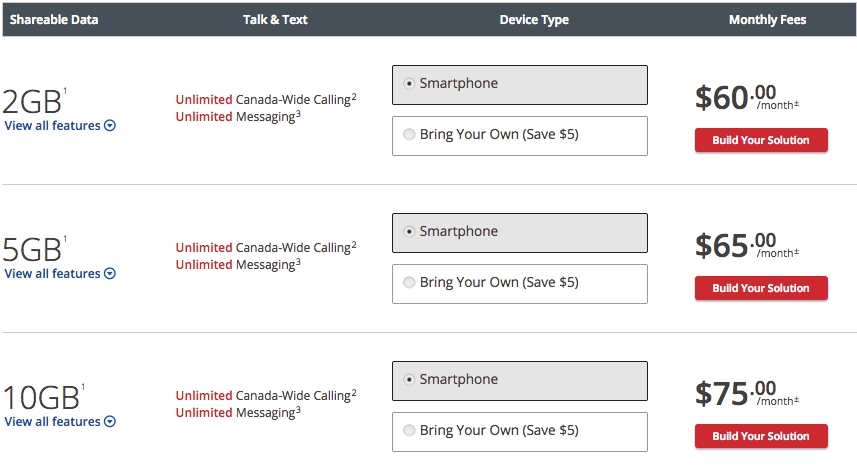 Indeed, comparing mobile price plans for Rogers, Bell and TELUS in Saskatchewan to Ontario, British Columbia or Alberta is like looking through a dirty window at a circus: you’re pretty sure you’re seeing something amazing, but it could be your imagination.

In Saskatchewan, Rogers offers three wireless share plans, the most expensive of which ten times the amount of data as the equivalent offering in Ontario. Ten times! SaskTel and its Manitoba regional counterpart, MTS, are quietly responsible for this disparity. 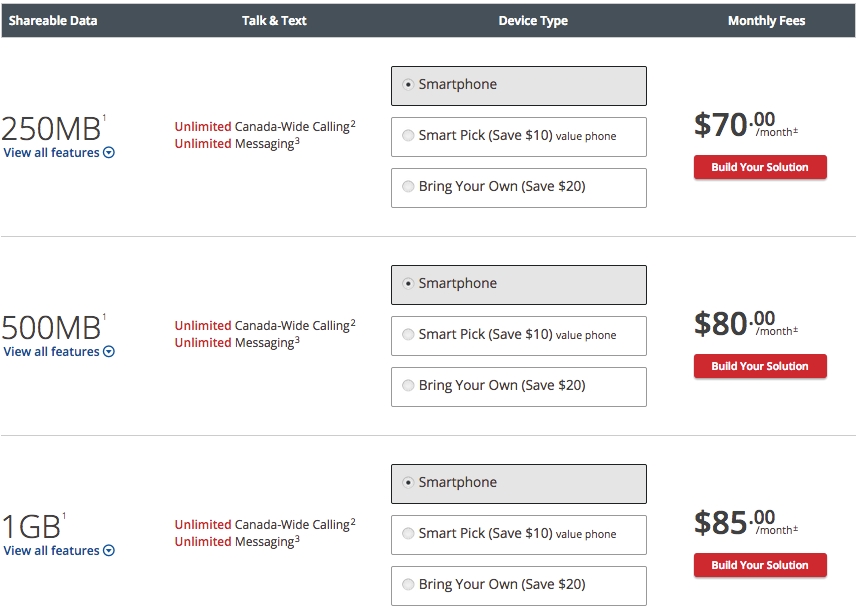 “I’m concerned with the differential that currently exists between provinces. The price difference between a [carrier] store on the western border of Saskatchewan and the east side of Alberta is between 30 and 50 percent. Why is that?

I think federal government needs to examine why TELUS and Rogers are allowed to do that.”

Diplomatic to a fault, Styles tells me that he is proud of the partnership the company has developed with Bell, both on the network and handset side — all of SaskTel’s premium smartphones are obtained through a distribution deal with Bell — and he is as quick to defend them as he is to criticize Rogers and TELUS.

Styles tells me that the company has been investing heavily throughout the province, trying to fill coverage gaps in towns most other carriers wouldn’t even think about installing equipment. In February alone, the company has expanded coverage of its ADSL network to 54 rural communities, deployed HSPA+ to 17 destinations, most of which end with the word ‘Lake’, and reached thousands of even more remote customers with fixed LTE service using existing 2,500Mhz spectrum.

“Our competitors are holding on to spectrum that they should be forced to use.”

While he couldn’t talk to me about the upcoming AWS-3 and 2,500Mhz spectrum auctions, both of which SaskTel has committed to, as carriers are subject to anti-collusion regulations, Styles says that despite owning 50% of the usable airwaves in Saskatchewan, SaskTel still needs more. “We have enough spectrum right now,” he tells me, “but our competitors are holding on to spectrum that they should be forced to use,” referring to airwaves given to incumbents like Rogers and Bell by the government back in the 90’s.

More recent spectrum auctions contain clauses that force bidders to deploy winning spectrum to a percentage of the population in each region by a certain date, but Styles believes Industry Canada needs to be more stringent with those rules. “It hurts consumers when spectrum is just sitting there. By the end of this year, we’ll have deployed most of our most recent winnings,” referring to the 700Mhz auction that SaskTel was largely shut out of. 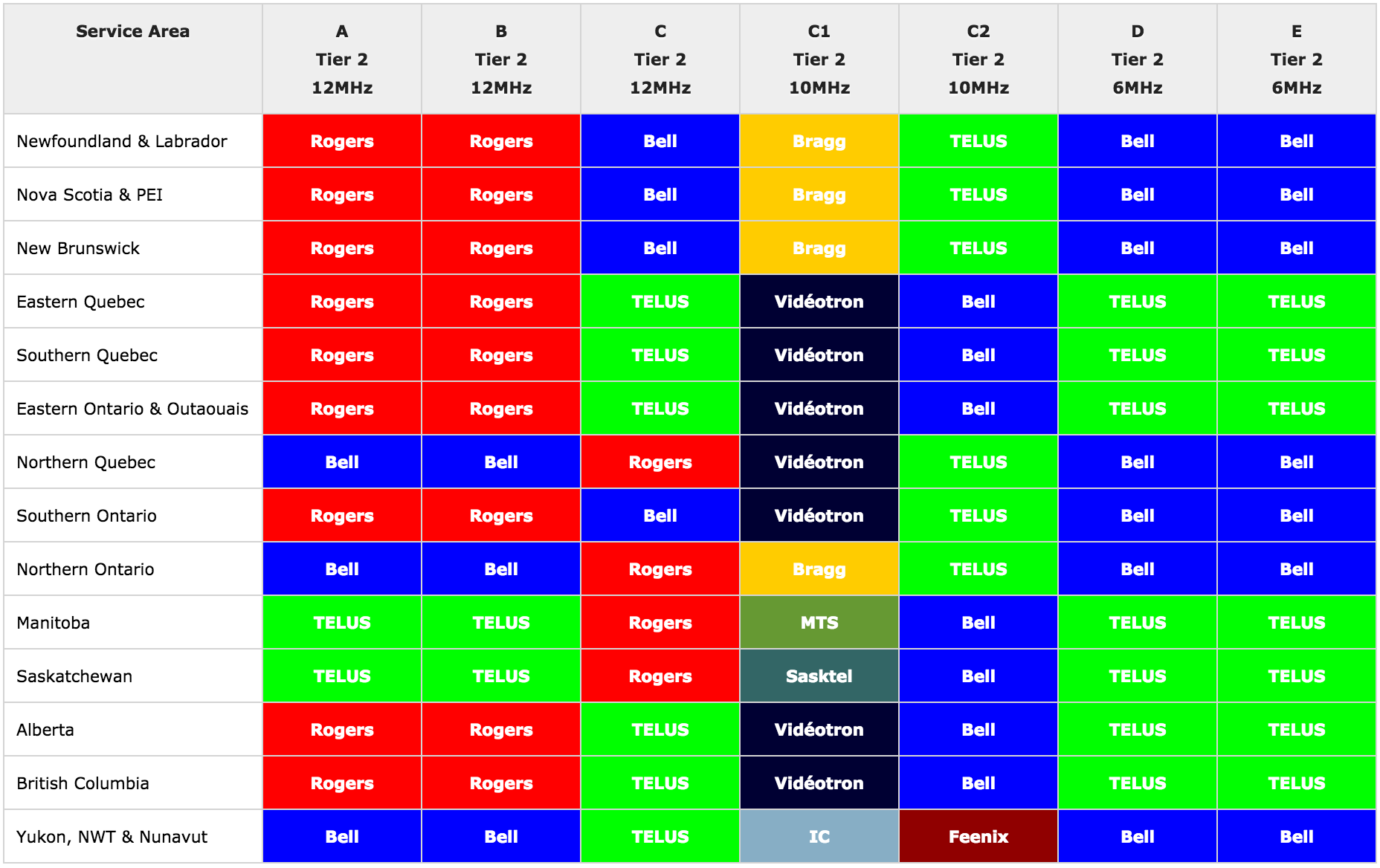 SaskTel, like MTS, was limited to purchasing just a single block of spectrum during last year’s 700Mhz auction despite limits on the amount that incumbents like Bell, Rogers and TELUS could obtain. Bell, which has a joint network with TELUS across the country, and with SaskTel in its home province, is now required to deploy a portion of its winnings within 10 years, but Industry Canada declined SaskTel’s proposal to institute a “use it or share it” policy to the winners.

Styles also reflects on a decision by IC to make mandatory the ability for all carriers to roam at reasonable rates on any domestic network. While such a move was meant to ease the burden for new entrants like WIND and Mobilicity, making it less expensive for their customers to roam on established networks like Rogers and Bell, the decision had a disastrous impact to SaskTel’s bottom line.

“We lost around 90% of our roaming revenue,” says Styles, highlighting the precarious position of regional carriers that have well-established networks and high market shares in narrow slivers of the country. SaskTel appealed to the CRTC after its decision on domestic roaming to make an exception for itself and MTS, another regional incumbent in a similar situation, saying that the abrogation of exclusivity deals would adversely impact its roaming revenues, forcing it to give richer companies like Rogers access to its network for peanuts.

“The price difference between… Saskatchewan and… Alberta is between 30 and 50 percent. Why is that?”

SaskTel says that its wireless business is still growing, though its ascent in 2015 will be more measured than the previous year. The company intends to begin Voice Over LTE (VoLTE) testing in early 2016, and will roll out Advanced LTE — the ability to combine two downlink channels for increased bandwidth — in the same timeframe.

Such modest goals underwrite a quiet champion of Canadian telecom, an example of a Crown corporation operated with the leanness of a profit-seeking enterprise, and the generous pension policy of a government body. Its success also highlights a key disparity between provinces like Manitoba and Saskatchewan, where the Big Three carriers don’t hold an iron grip, and those in which they do, like Ontario and Alberta.

If WIND Mobile manages to obtain enough spectrum, and raise enough capital, to successfully compete with Rogers, TELUS and Bell in the provinces it operates, will prices lower accordingly? It’s unlikely things will play out in the same way — SaskTel has fewer subscribers overall than WIND — but there is clearly plenty of room between the heightened plan prices in Canada’s largest cities and the margin floor decried by Canada’s largest carriers.

An original version of this article said that SaskTel’s TDD LTE rollout was the first in North America. Other companies, such as Northern Ontario-based Xplornet, rolled out a similar fixed LTE solution in mid-2014.

Rogers and Fido now requiring that only subscribers can unlock phones