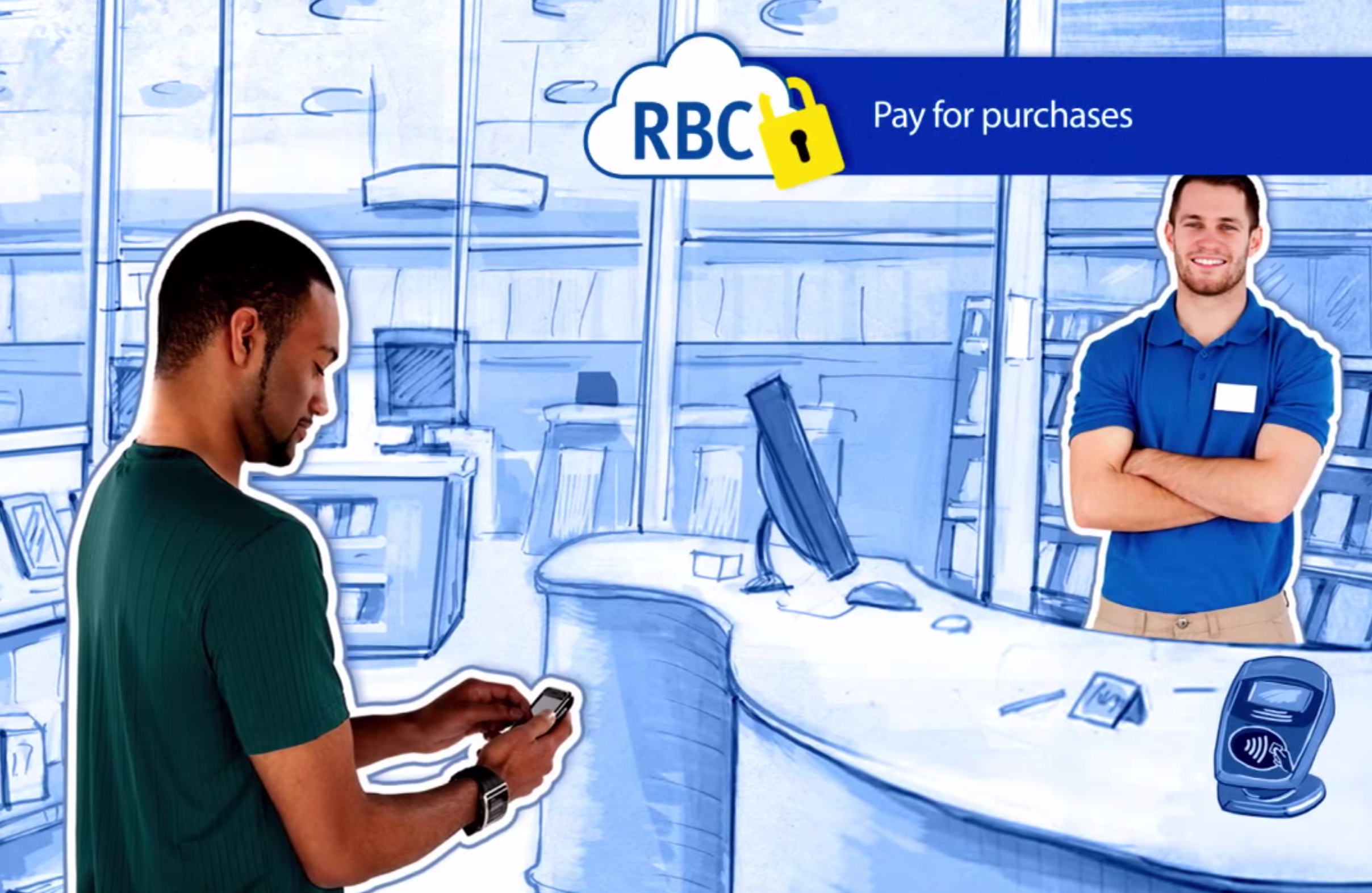 Linda Mantia is galvanized. After years of floating under the radar, she is finally ready to let fly the fruits of her team’s considerable work.

RBC, at once Canada’s largest personal bank and its biggest lender, is planning to unleash a hail storm of new technology next year, beginning with a sea change in the way Canadians pay with their phones.

The technology, dubbed Host Card Emulation, is neither flashy nor particularly interesting on its own, but it provides the groundwork for removing the barriers to entry for mobile payments.

“The model that has been occurring so far is incredibly complicated,” says Mantia, RBC’s EVP of Global Cards and Payment Solutions. “[Credit card] payments haven’t been complicated until now, so Host Card Emulation made sense to us right out of the gate.”

The complicated model she is referring to is the network of carriers, financial institutions and smartphone manufacturers that all have to work together — and often don’t — to enable mobile payments on a particular device. RBC has worked out a deal with Bell to provide mobile payments through its network, but the system only works on select Android and BlackBerry deices. A similar story can be told from the perspective of every other major Canadian bank.

Host Card Emulation, by removing the need for a physical secure element to store card credentials — namely an NFC-based SIM card — lets banks like RBC certify any device, as long as it is running Android 4.4 KitKat or higher, for mobile payments. While KitKat only comprises 30% or so of the market, a blanket whitelist of every Android device would allow for a magnitude higher number of users.

Mantia also stresses that the technology alone can’t be the reason people switch over to mobile payments. “The transition from classic [payment models] to mobile has to be more convenient.” To that end, RBC is hosting a private pilot of Host Card Emulation-based mobile payments before rolling it out publicly next year.

But HCE is just one piece of the puzzle. “We’re going to be quiet until we have a solution for Apple clients,” she says, suggesting what everyone else in the payments ecosystem is thinking: Apple Pay is a big deal.

Earlier this year, MasterCard made that same claim: Apple Pay is going to single-handedly normalize mobile payments across the country. While many merchants are already mobile payment-ready, with points of sale in place and knowledge in check, it will come down to public awareness through Apple’s marketing machine to make it happen.

Until then, financial institutions are putting the pieces in place to ensure as wide a rollout as possible for all consumers. UGO Wallet, a mobile wallet led by TD Bank Group and PC Financial, was unveiled in November with the promise of being an open platform, in which any bank or loyalty brand could offer its services. But, like Rogers’ suretap wallet, the goings have been slow, likely because those institutions don’t want to forgo control of the cycle.

“Everyone wants the important pieces controlled by them,” says Mantia. The banks are in a good position to ensure they control as much of the cycle as possible; they own the credit cards, funnelled through the networks of Visa, MasterCard and AMEX, and customers are generally as reliant on them as any domestic institution.

Mantia says that RBC has been ahead of the game when it comes to mobile tech. Indeed, it was one of the first (along with CIBC) to bring mobile payments to smartphones back in early 2014, but it’s about being out of the gate first in an industry that is typically slow to move. With Apple, Google, PayPal, Square and others attempting to insert themselves, often forcefully, into the payments cycle, it is incumbent on RBC, as an incumbent, not to fall behind. “Canadians embrace payments and technology and trust their banks,” she says, but she understands that the current notion of replacing one’s credit card with a virtual version provides no tangible improvements.

“This is very much version 1.0 of mobile payments.” Mantia, and the banking industry in general, sees itself as the pioneers of innovation in the burgeoning mobile payment space, not a vision one would expect from Canada’s unshakeable financial institutions. “The opportunity for mobile is security,” she says, referring to the types of persistent authentication that would do away with PIN numbers and passwords altogether.

One such project is with Toronto-based Nymi, the company looking to make it easy to prove that you are you in any given situation. It does that using your ECG, the unique heart rate signature that, at least for now, is virtually impossible to mimic. The idea is that once you begin wearing the Nymi Band, which ships to consumers early next year, it can prove continuous identity, so authenticating mobile payments is as easy as tapping your wrist against a terminal.

Like the transition from swiping to chip-and-pin, the elimination of passwords is the next barrier to ensuring customer adoption of mobile payments. RBC has partnered with Nymi to create an NFC-capable version of its Nymi Band to perform exactly that function, eliminating the need to open an app or take out a credit card. Since the Nymi Band has to be re-authenticated every time it is removed, payment fraud becomes next to impossible.

Mantia has other ideas for mobile payments, too. The second-generation cycle, once Apple Pay has launched in Canada, sees loyalty being added to the mix. Consumers have been generally slow to adopt mobile wallets not only because they have limited device support, but because there is a very limited loyalty component. RBC, which owns Avion and RBC Rewards, two of the biggest loyalty brands in Canada, sees this as an opportunity; users will be able to, with a wave of their phone, decide whether to redeem hard-earned points for real-world items. Down the line, one’s smartphone could provide targeted coupons that can be redeemed only by using RBC’s mobile wallet.

The other side of the coin, and one that isn’t really talked about in the mobile space, is merchants. Getting the stores on board with mobile payments — the businesses RBC loans money to — continues to be a challenge. The bank sees an opportunity to use its lending power and its considerable network of branches, to be able to talk to smaller businesses and convince them that accepting, and promoting, mobile payments is a good idea.

While RBC is not the only bank to be experimenting with mobile innovations — Scotiabank recently launched a Samsung Gear S app, and TD has been rolling out device support faster than any other institution — it is a good representative of an industry that cannot stand to look idle as Silicon Valley competitors swoop in and begin to disintermediate the very institutions that control the cycle.

RBC’s Host Card Emulation pilot, still in-house and unlikely to change for at least a few months, is currently limited to Interac Flash, the touchless technology in place on Canadian debit cards. It will eventually roll out support for Visa and MasterCard, and we’ll likely see other banks and credit unions do the same thing, if only to be able to tell customers that their phone, as long as it runs Android 4.4 or higher, will be able to make purchases anywhere, anytime.