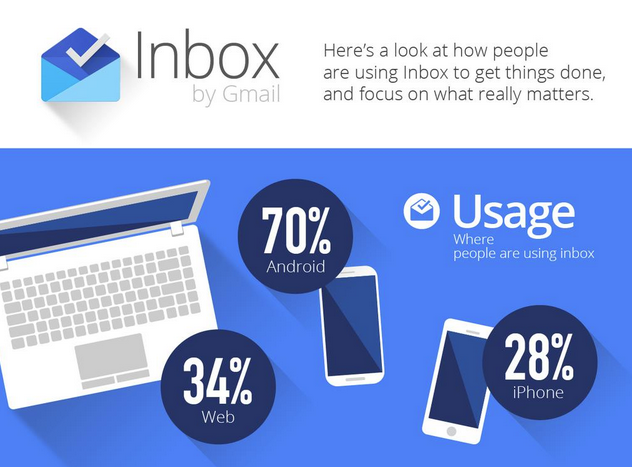 Today is a big day for Microsoft. The company this morning launched Outlook for Android and iOS just under two months after it purchased popular email app Acompli for $200 million. Outlook for iOS and Android offer support for Yahoo, Gmail, Exchange and Outlook (of course).

However, just hours after the announcement was made, Google is eager to remind users of its own email app, Inbox, which has yet to enjoy a full release. Over on the official Gmail Twitter page, Google has just announced another Inbox Happy Hour. This is what Google calls the periods during which it freely hands out Inbox invitations to anyone who requests one. However, this latest session will last a full 24 hours (as opposed to just one).

Google announced Inbox back in October and is hoping to make email a little more organized and less overwhelming with a host of features that revolve around the “status” and categorization of each message. Emails that are marked “done” are removed from your feed, “pinned” messages can be returned to later, emails you hit “snooze” on will return to your feed later, and highlighted messages (flights confirmations, meeting appointments) are highlighted within your feed so you can easily find them when you need to.

As we mentioned this morning, Outlook for Android is currently only available in preview, while the iOS version is more full-featured. Google’s probably hoping to take advantage of Outlook for Android’s less developed status. If you’re interested, send an email to inbox@google.com to get an invite.