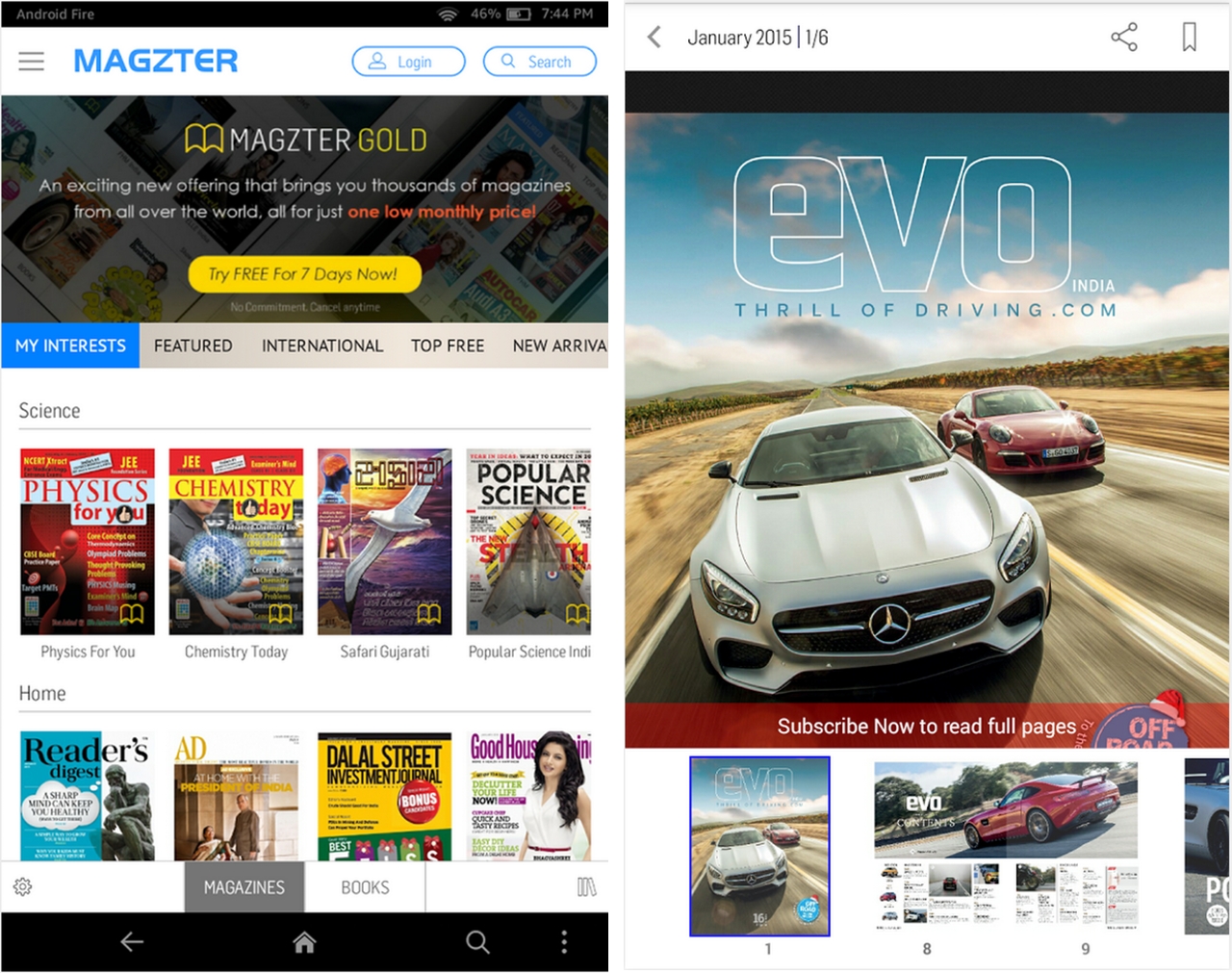 There’s another player in the all-you-can-read magazine ring starting today, as New York-based Magzter launches Magzter Gold, a $9.99 per month subscription service with more than 2,000 titles.

Focusing on more niche and obscure titles than competitor Next Issue, which operates under the Rogers Media umbrella in Canada, Magzter lacks some of the big names of its Condé Nast-backed competitor, such as The New Yorker, Rolling Stone and Vanity Fair, but makes up for it in sheer variety. Access to those premium titles, however, comes with a $5 premium over Next Issue.

Like Next Issue, Magzter has both iOS and Android apps, as well as a web interface, but lacks any Windows tablet or phone support. With titles like Cosmopolitan, Forbes, National Geographic, Maxim, Esquire, Vogue, Popular Science, GQ and Top Gear, the selection is not exactly limited, and esoterica like Caffeine and Asian UK fill in the gaps.

But the big question with services like this is whether anyone actually wants them. While Rogers has dumped a boatload of money into Next Issue Canada, largely to push its own suite of content like Chatelaine, Today’s Parent, Maclean’s and Canadian Business, it’s unclear whether people consume magazines in bulk the way they do TV. The Netflix model works because binge watching is predictable from a time expectation, but most people generally subscribe to one or two magazines per year and barely manage to fit them in.

The iPad and Newsstand was supposed to change this, but all it did was prove that magazines were only useful for their owners’ ad departments. As GigaOm’s Matthew Ingram succinctly puts it, “the article has arguably become the atomic unit of content.” I’d rather pay $4.99/month for access to the best articles in the best magazines, ad-free, than have to swipe through dozens of virtual covers to find the gems.

Magzter is still best known for its single-subscription model which, like Zinio, is untethered from the app stores like Google Play and iTunes, but Gold’s inevitability likely comes from the fact that discovery is easier within the confines of a predictable ecosystem than elsewhere.