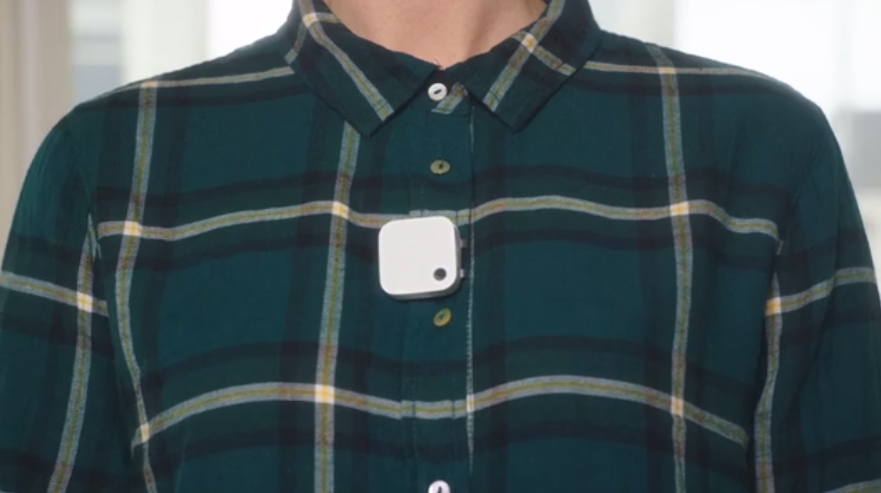 What began as a Swedish man’s dream to better remember the minutiae of his daily life has expanded into a real business and one of the most interesting wearables on the market.

Narrative, formerly Memoto, raised millions of dollars on Kickstarter in late 2012, with the promise of delivering passive photography through a small 5MP camera affixed with a clip. The idea was simple: take a photo every 30 seconds, the daily accumulation of which uploaded to a cloud server that analyzes the photos and determines the dreams from the duds.

The first-generation product was clunky, an unfinished story — it lacked WiFi or Bluetooth, for battery and size reasons — and the camera sensor was not of great quality. But it worked: Over the months, Narrative’s cloud processing improved significantly, as did its Android and iOS apps. Recently, the company announced a web-based portal for customers to see their uploaded photos.

The Narrative Clip 2 is a modern, mature take on the first-gen product. It does not reinvent the form factor, but adds modular attachments so it can clip to more than just a piece of clothing. It adds WiFi and Bluetooth, so transfers can happen without plugging into a computer. In fact, with iOS and Android support, it removes legacy desktop requirements altogether, freeing users in a similar way to iPhone users when Apple removed the iTunes requirement.

This being a camera first and foremost, the Narrative Clip 2 has a significantly-upgraded lens and 8MP sensor combo, with a wider-angle lens and better low-light performance, two aspects of the first device that were seriously lacking.

The current Narrative user base is sparse, and the company had very limited distribution of its first-generation product. With Narrative Clip 2, the company hopes to find a wider audience of users willing to pay for a subscription service every month or year, in addition to buying the hardware outright. At $199, the Narrative Clip 2 is not cheap, but the hardware it packs inside is significant and powerful.

Slightly larger than its predecessor — 3mm thicker due to the modular clip — Narrative hopes that the customizability of the second-gen product will help it reach enthusiasts who would have ignored the initial offering. Narrative sees users attaching the Clip 2 to a pair of goggles (with a separately-sold waterproof enclosure) or to a dog collar.

The addition of Bluetooth is meant to help iOS and Android users make changes to the Clip, or to press the manual shutter remotely, but the WiFi module does the hard work. The battery is three times larger than the original to account for the addition of wireless connectivity, and Narrative claims users will get a full day out of the product. There’s also a GPS attached so the device doesn’t have to rely on approximate location and accelerometer to gauge location and distance.

When the Narrative Clip 2 goes on sale later this year, it will also come with a new subscription service. Instead of forcing all users to pay for cloud storage after a year of free premium service, the company will offer a small amount for free to all users — a taste of what’s to come — with premium users getting unfettered storage and improved functionality.

Narrative knows that Lifelogging — passive, cloud-processed photo capture in its current form — is a niche category. Not everyone feels comfortable capturing, or being captured, without acknowledgement.

According to Narrative’s site, the second Clip will begin shipping sometime in 2015 for $199 in Piano Black, Arctic White and Narrative Red. We’ll bring you hands-on from the CES floor in the coming days.