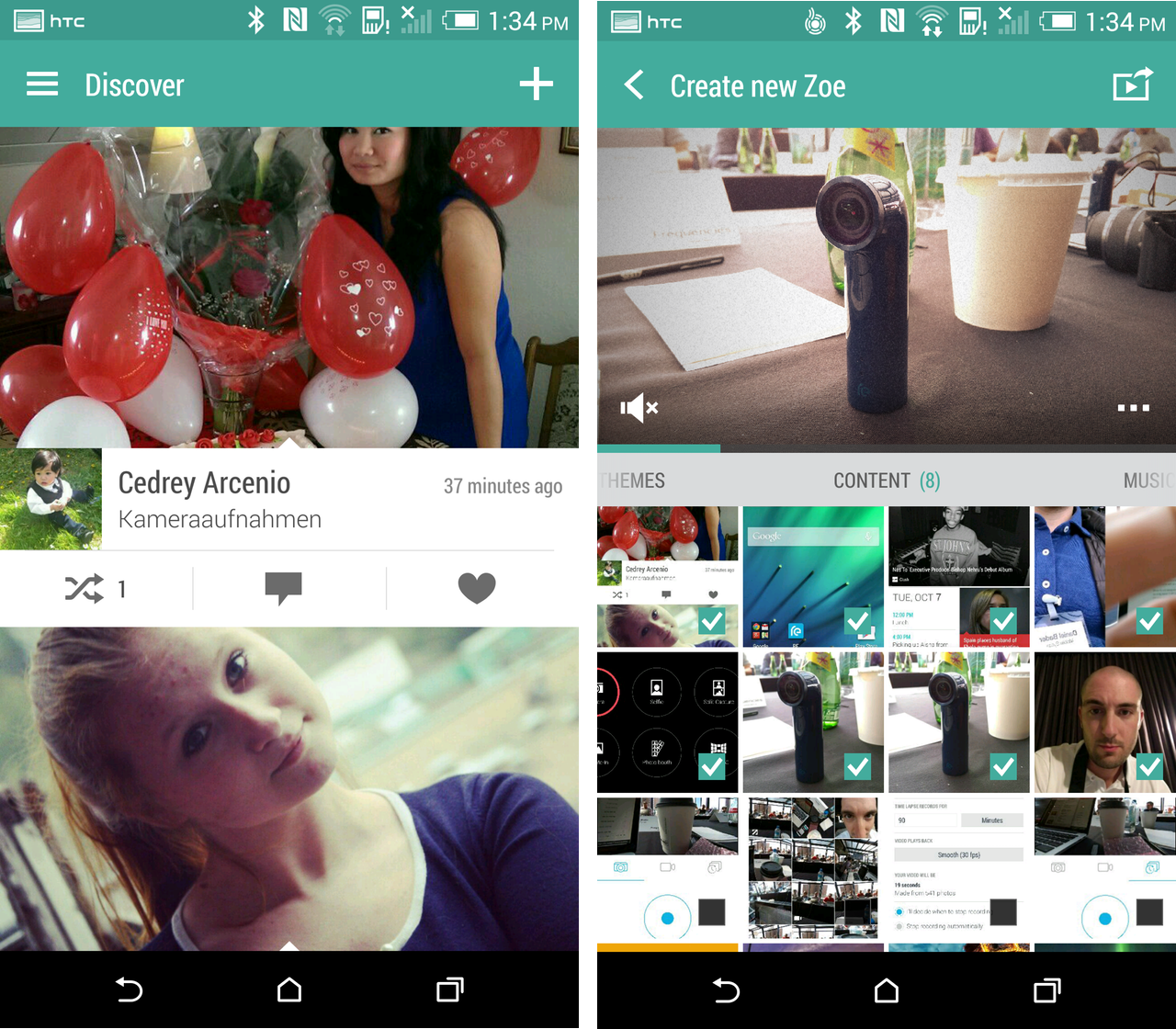 HTC isn’t sitting still waiting for profits from smartphones to dry up; it is taking to software and services to build a user base across today’s two biggest platforms, Android and iOS.

Available as a limited release beta in August, Zoe is now available to all devices running Android 4.3 and above, with an iOS version on its way later this year.

The concept behind Zoe is similar to many image-heavy social networks like Instagram and Vine: choose a bunch of content and post it on the Internet for all to see. Where Zoe differs is how it uses that content. Still photos and short videos are combined in a video highlight, which can be augmented with transitions and short bursts of music to make a Zoe, easily sharable on Facebook, Instagram and elsewhere.

Clips can be comprised from between two and 16 pieces of content, and HTC says it has considerably improved its highlights algorithm to produce more interesting “stories,” something that the company says will help in getting as many Zoes going viral as possible. Zoes can now be three lengths: seven seconds, 15 seconds and 30 seconds.

HTC hopes to get 25 million users on Zoe in the next 24 months, a figure that will hopefully place the network in a good position for future monetization.

Zoe 1.0 adds a Discover tab to one’s regular friend feed, and the interface has been overhauled with improved navigation. There are more music tracks to choose from as well, one of the company’s most highly-requested features.

Zoe comes out of HTC’s relatively new Creative Labs division headed up by Sense designer Drew Bamford, who says the rollout of the network denotes HTC’s third life stage. Being active in a new product category with the RE Camera (which works with Zoe out of the box) and a brand new software experience are big risks, but the potential market rewards from a successful social network are even greater.

At the moment, Zoe is a sparsely-populated, well-designed piece of software that will need active users sharing video highlights to existing social networks like Facebook and Instagram to reach a wider audience. Once it is live on iOS, and users grasp the idea of remixing public Zoes — the ability to deconstruct photo and video sequences, adding additional content, transitions or pieces of music — HTC hopes that growth will hit critical mass.