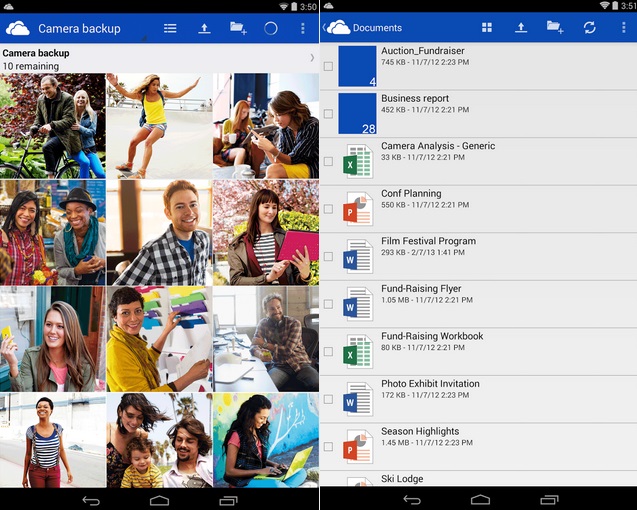 Microsoft has announced a series of OneDrive updates across Android, iOS, and Windows Phone. Rather frustratingly, the updates don’t bring the same set of features across all platforms, so we’ll have to break this one down by OS. Ironically, even though this is a Microsoft service, Windows Phone users aren’t getting much out of this update.

Android users will be getting the most out of this round of updates, as Microsoft has announced that Android users will benefit from a unified OneDrive experience that allows for the managing of both work and personal files. Accounts are kept separate and Microsoft promises things are kept separate enough that you won’t ever accidentally back up personal files to your work account. Microsoft says this feature will eventually come to iOS and Windows Phone users but said it would be months before that happens.

OneDrive for Android now also has PIN lock of protecting your files, and the update also contains improved camera back up.

So, if they’re not getting the ability to access, sort, and save files to their business accounts, what are iOS users getting with this new version of OneDrive? According to the iTunes page, version 4.4.2 adds an updated Shared view, as well as a new Photos view of all the photos in your OneDrive. Microsoft notes on the OneDrive blog that there’s now also a new, native search experience.

Microsoft rolls out dark mode to OneDrive on Android