Everyone who pretended to like me is gone: some thoughts on Swarm and Foursquare 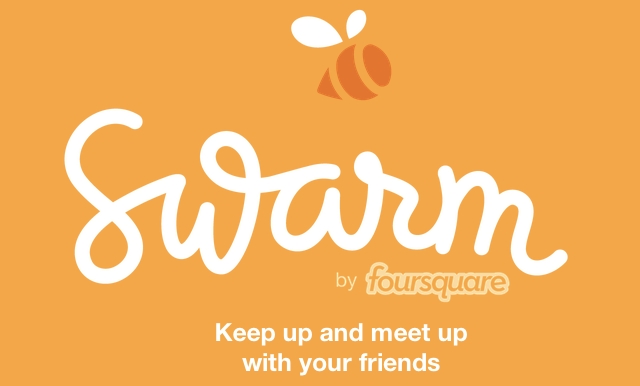 Foursquare isn’t the first company to unbundle its services across multiple mobile apps, but it is perhaps the one doing so with the highest level of risk. Facebook is a platform used for many different purposes, and unbundling its mobile experience is at best a win for users, and at worst a minor annoyance without repercussions, because for all the complaining, people en masse have yet to stop using Facebook. Foursquare, however, is a service that started as one thing and then became another; the company hopes that splitting the service into dedicated apps for local and social discovery will revitalize both.

While the new and improved, Yelp-killing Foursquare will not arrive until later this summer, it has been about six weeks since its sister app, Swarm, became available for public use. A streamlined version of Foursquare’s original purpose — letting friends know where you are and what you’re up to — Swarm reimagines many of the original app’s core features (e.g., leaderboards, badges, mayorships, etc.) that had failed to evolve as the service grew from 50,000 to 50,000,000 users. In many ways, Swarm presents itself like a remastered classic, presenting the best So/Lo/Mo ideas of the mid-2000s in a shiny new 2014 package.

Unfortunately for Foursquare, this combination of old and new does not guarantee success. 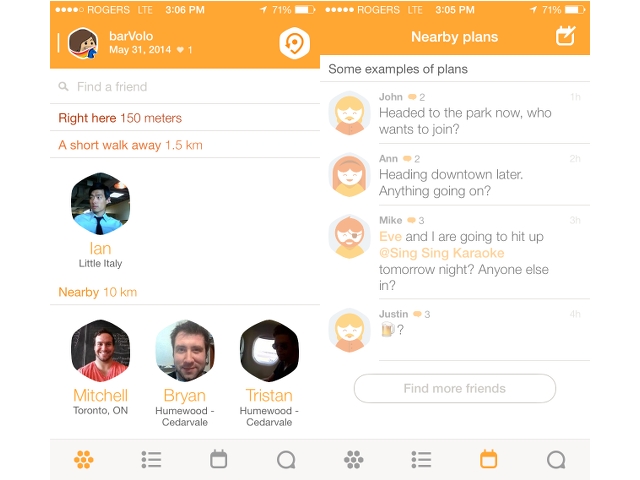 The above photos are a close approximation of what I see when I open the Swarm app: no or few friends close by, and a smattering of friends actively using Swarm/Foursquare (Swarmsquare?) in neighbouring cities. A quick check of the ‘Nearby Plans’ section, a new feature added to allow users to coordinate get togethers, shows only suggested uses, but no real activity. Though the app shows that the most tech-savvy of my friends have at least downloaded Swarm, they’re not necessarily the the ones I’m interested in grabbing a quick beer with — or they live too far away for it to practically matter. While six weeks is obviously not an absolute period of time to pass final judgement, it is long enough to say that Swarm has so far failed to reignite activity from old Foursquare users, or inspire new users to join the mix.

Douglas, you say, maybe the lack of activity in your Swarm feed is an outlier indication of your general popularity, not the relative success of Foursquare’s newest app. Maybe everyone who pretended to like you is gone.

If you said this to me, I’d agree with you. The close friend but casual mobile user, the one that’s up for a beer anytime but always got icky when it came to ‘checking in’, has moved on. But I’m not that sad, because I always know where they are and what they’re up to from the photos they’re posting on their Instagram and Snapchat accounts. (Ironically, until recently Instagram was using Foursquare for its location data.) A generation of mobile users, who couldn’t tell you what So/Lo/Mo or social discovery means, is constantly Snapchatting photos saying, “Come to the bar, NOW!” to all their friends.

The lack of interest in Swarm might be because the masses already have a ‘good enough’ approximation of its functionality in the apps they use daily, but I think it goes deeper than that. For a modern social app, Swarm is decidedly text heavy in an era of photo-based communication. People do what their friends are doing, and right now that means swapping pics. Swarm simply might be guilty of the wrong implementation of the right use case.

Of course, it’s still early days for Swarm, and a v2.0 of the app with an emphasis on photo-based check-ins might light a spark. Swarm’s hiccups also don’t affect the fortunes of the upcoming, Yelp-killing Foursquare redux, right? Well…

Maybe the lack of activity in my Swarm feed is an outlier indication of my general popularity, not the relative success of Foursquare’s newest app. Maybe everyone who pretended to like me is gone.

Carmel Deamicis, writing for PandoDaily, argues that Foursquare’s biggest mistake is not Swarm, but in failing to realize that no matter what the company does, Foursquare will always be associated with check-ins:

“All the good that could come of dividing the Foursquare uses into two separate apps — mainly removing the “check in” stigma of the name “Foursquare” from their genuinely useful local recommendations app — is negated by leaving the discovery service under exactly the same name as before. Now users are going to come to Foursquare expecting check-ins and instead getting Yelp.

Despite some negative user reviews over the split, Foursquare probably has enough loyal users to keep its location data up to date and profitable (the company recently announced that it will begin charging for use of its location data), but they need more than that. Change is hard, and as I have said before, Foursquare should be commended for making tough choices in an effort to grow and thrive. Right now, however, it seems as though Foursquare’s big split has left it less than the sum of its parts.