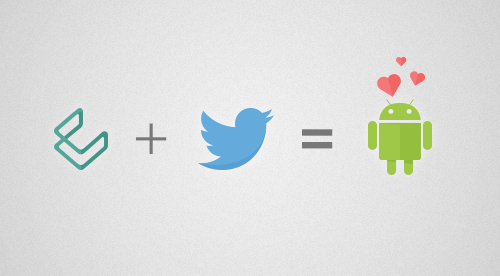 The acquisition comes after Yahoo bought Aviate, with offered a similar product as a home screen replacement. Cover will continue to be offered in the Play Store for now, but that may change as Twitter decides what it wants to do with it. Cover’s an interesting product because it uses your phone’s lock screen as a context gateway, offering shortcuts to apps that you use most often depending on the situation.

Twitter has also been working on improving its Android app in recent months, but the development continues to feel a step behind its iOS counterpart. The company also tends to offer unique services like the now-defunct Twitter Music, only on Apple’s platform. Still, acquiring Cover means that Twitter sees potential in bringing its social network to a new spectrum of Android users, which is good news for the ecosystem as a whole.

“Twitter, like Cover, believes in the incredible potential of Android. They share our vision that smartphones can be a lot smarter — more useful and more contextual — and together we’re going to make that happen. We’ll be building upon a lot of what makes Cover great, and we’re thrilled to create something even better at Twitter.”

Anyone use Cover here? Does this decision change your mind about it?

OnePlus One gets Bamboo treatment with new $49 StyleSwap cover