Don’t Let This Bracelet Charm You, Mighty Cast’s Platform is More Than Just One Wearable 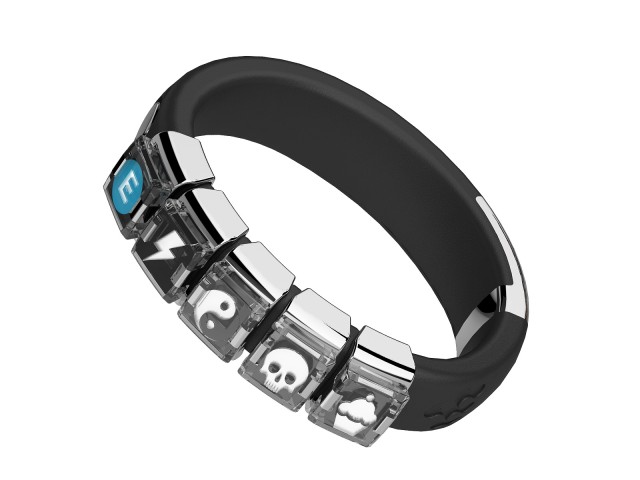 Montreal-based Mighty Cast announced the launch of their Nex Band today. On the surface, the Nex Band could be seen as just a connected charm bracelet — the Bluetooth-enabled accessory does allow for up to five customizable LED “mod” charms to be added — but under the hood, Mighty Cast has created an extremely powerful gaming and social platform that pushes up against the wearable space.

Mighty Cast’s patent-pending “base and token” technology connects physical collectible and shareable objects with mobile and web applications. How this works is that an object, or the token, is given a unique ID that allows for permissions, locations and behaviours to be controlled in the cloud. Once the token makes the mechanical connection to the base, it then reads the unique ID and looks to the cloud to act accordingly.

Right now, Mighty Cast is using this technology in the form of a charm bracelet. Each charm can represent a related game, social channel or other mobile application that can send notifications to the band’s wearer through vibrations, patterned blinking and colours.

You can customize a mod charm to light up blue for Facebook notifications and yellow for Snapchat, for example. Or configure it so that the LED flashes when you are in close proximity to a specific friend. As mods have unique IDs, they can also be tracked. So if you swap a charm with someone you can follow the bracelet from person to person around the world. 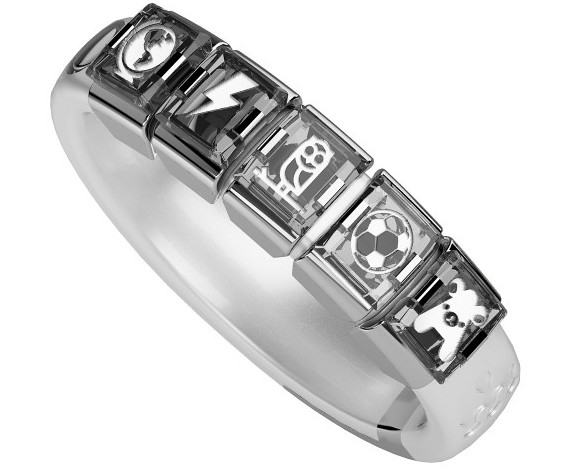 “It’s very much like a razor and razor blade model, where we can just change out the mods, which are inexpensive, and completely change the experience that you have with the band,” Adam Adelman, CEO and co-founder told MobileSyrup. “In one application, it can be a fitness band, or for notifications, or in another instance a gaming band. We are really trying to disrupt the wearable space where most of the bands out there are locked into one specific application.”

Mighty Cast already has plans to take this technology out of the wearable space and into things like action figures, collectible-based play sets, or other objects in your home. Adelma would not comment on specifics, but did confirm that they have some big names on board for licensing deals.

Mighty Cast is currently readying Nex Band pre-orders on their site and are expected to ship Q3 2014.