Chromecast gains Songza, Plex and VEVO support, among others, in latest update blitz 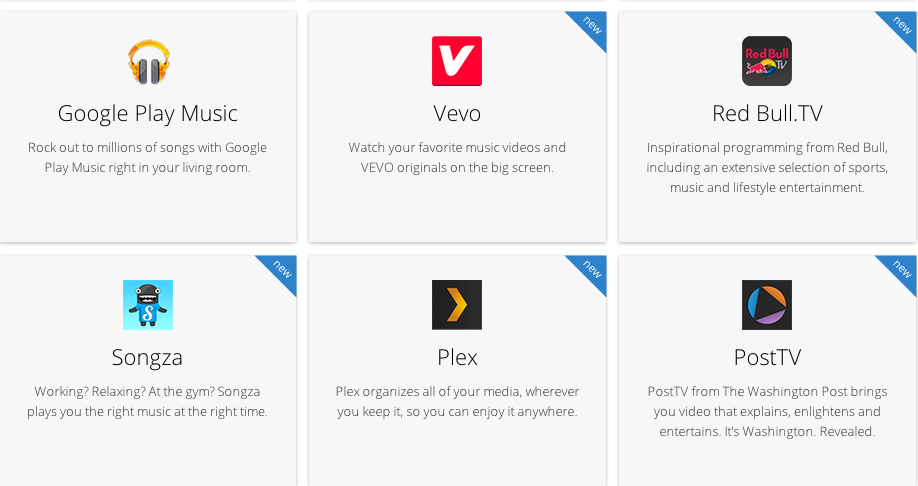 No, Chromecast isn’t available in Canada yet, but that hasn’t stopped many of us from snagging the $35 HDMI dongle when visiting the States, or coaxing a family member to bring it north.

Today, the accessory has become much more useful thanks to partnerships with leading app developers like Plex, Songza, BeyondPod, VEVO and more. Google promised it would work with Android and iOS devs to facilitate one-touch content streaming to a television or receiver, and this is certainly a good start.

Beginning with the major one (in my opinion), Plex support streams local or remote content (provided the servers are set up correctly) from a phone or tablet to the television, allowing users who have set up Plex on a NAS or local drive to stream watch it on the big screen. Right now, Plex only supports video, but promises to bring audio and picture mirroring in a future update.

Other supported apps include Songza, which is a popular streaming music service in Canada, as well as BeyondPod, an excellent podcast manager, and VEVO, the best repository for official music videos on mobile. There’s also Red Bull.TV, PostTV, Viki, Revision 3, Avia and RealPlayer Cloud for those who are interested.

Now we wait for Google to bring Chromecast to Canada.