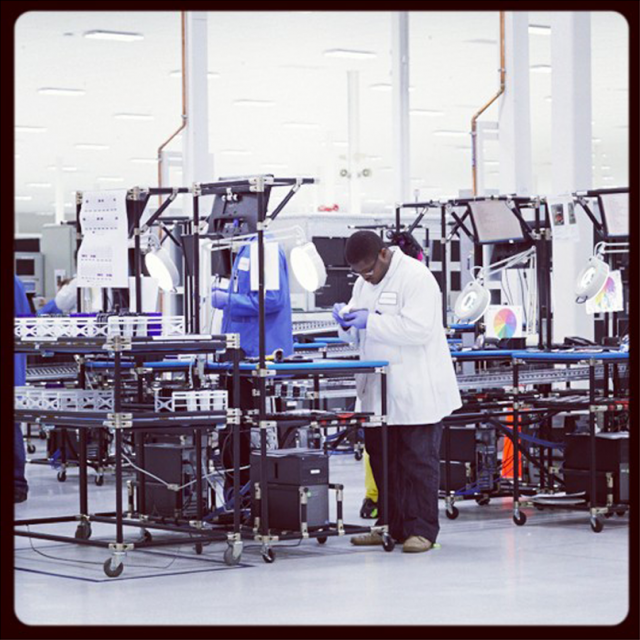 Motorola will be unloading the Moto X sometime this summer – several leaks have indicated a late August release. For those Canadians interested purchasing this flagship Android it’ll be heading to Rogers as an exclusive. The specs are rumoured to sport a 4.7-inch display (1280×720 resolution), 1.7GHz dual-core Snapdragon S4 Pro processor, 2GB of RAM, running Android OS 4.2.2 Jelly Bean. In addition, the Moto X is expected to have some personalization behind it, such as engraving the device with your name and choosing from several colours (Rogers will only carry the black and white versions, but Moto will have vibrant colours such as red, pink, purple, blue.)

Motorola has been highlighting the fact that the Moto X will be manufactured in the United States, specifically in Texas. A random tweet today by Motorola Mobility showed a picture of an employee working diligently – which Moto confirmed to be the Moto X. “Yep. This guy is building exactly what you think he is. Designed by you. Assembled in the USA.”

Since August is right around the corner this should signal an official launch date is imminent. Unfortunately, there’s still no word on pricing.