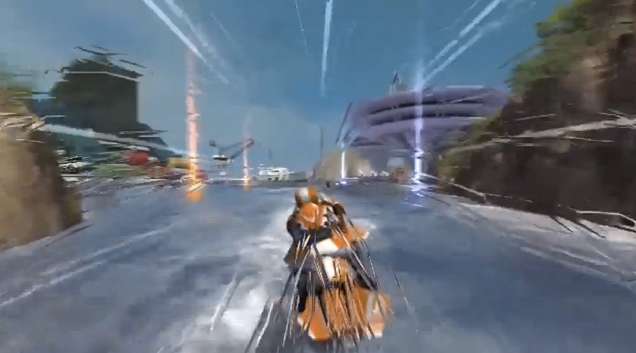 In a surprise announcement today, Vector Unit, progenitors of the excellent wave-riding arcade game Riptide GP, which introduced lifelike water and exaggerated physics to mobile devices in 2011, will be releasing a sequel in July.

Riptide GP2 will be debuting on Android first, on July 23rd, and coming to iOS shortly thereafter. The game uses an updated version of Vector Unit’s Vector Engine technology, and should introduce improved water effects (as seen above) and improved texture quality and draw-in.

Riptide 2 also promises many new vehicles to ride the high seas, full multiplayer support and compatibility with external controllers — certainly for Android, and possibly for iOS when iOS 7 is released. The game will run on a single-core 1Ghz Android device with 512MB of RAM, but users can fine-tune the graphics settings is desired.

Also of interest is that, during a Reddit AMA (Ask Me Anything), the game studio’s director said that its BlackBerry 10 versions are selling better than its Windows 8 Store versions:

The games on Windows 8 Store are not selling so great. In fact, we make a lot more in sales off the BB10 games than we do off Windows Store games (and the BB10 games aren’t even selling all that great). Which frankly surprised us, because we had really high hopes for Windows Store, but I think the app discoverability is pretty terrible there.

So we don’t have any plans currently to bring new games to Windows Store. Maybe if they do a major rev on the Store and we see sales pick up then we will.

That said, we haven’t tried Windows Phone 8, and from what I understand it’s better. Also I believe it would be relatively easy to bring one or more of our games to that platform, so it’s a possibility.

Very interesting. Presumably iOS and Android are neck and neck for sales, but the team didn’t disclose which one sells more.