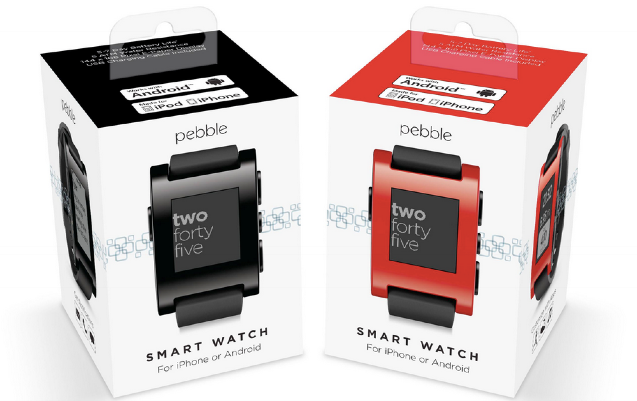 Pebble is bringing its smartwatch of the same name to Best Buy stores in the United States.

The retail distribution partnership was announced today as the company, made famous by raising over $10 million on Kickstarter in April 2012, continues to fulfil backlogs from backers and pre-order customers.

Jet Black will be the first colour available in stores on Sunday, July 7th, with the Cherry Red version coming sometime in August. The company said the smartwatch will cost the same $149.95 as pre-order customers currently pay.

Pebble denied immediate plans to bring its product to Canadian Best Buy locations, saying “our current partnership with Best Buy is for US stores at this time. Plans for other countries remain pending.” We wouldn’t be surprised, given the closeness of the two companies, to see Pebble sold in Canadian Best Buy stores this year.

Canadians can pre-order the Pebble from getpebble.com in one of five colours.