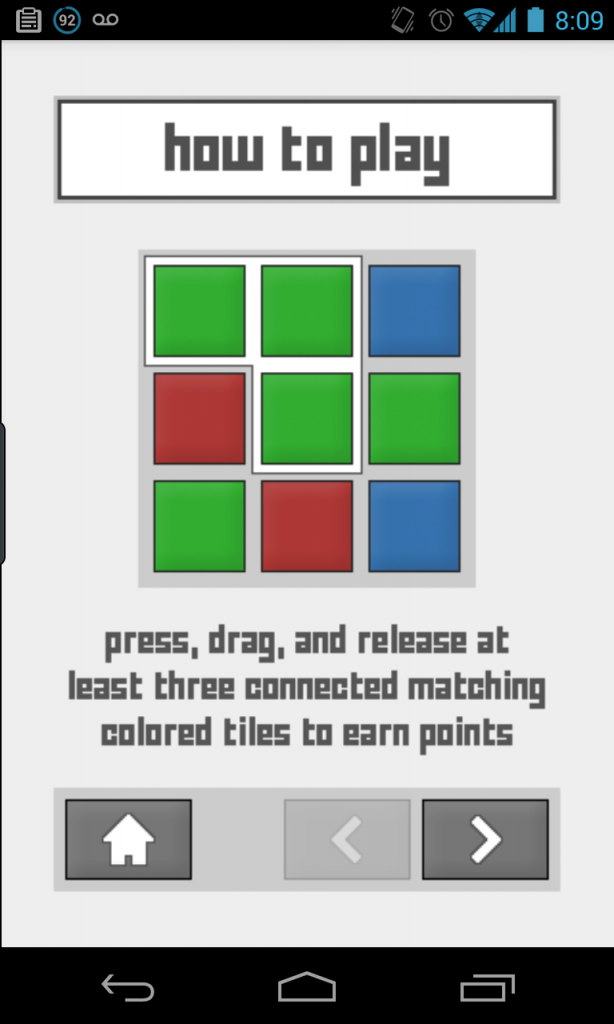 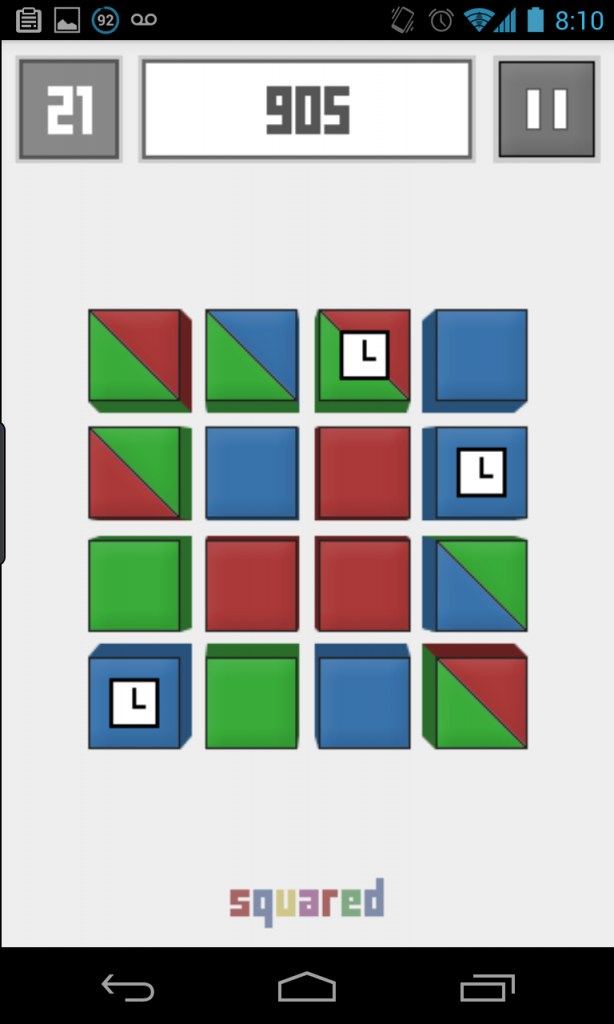 Kik continues to be one of the only instant messenger apps that focuses on its core diligence, rather than expanding into areas sure to mess with a good thing (I’m looking at you, imo.im!).

In its latest version, the super-fast IM client adds yet another addictive “app” to its sidebar, an HTML5-based game called Squared. The game asks you to line up three or more squares of the same colour, throwing out various obstacles in the process. It’s a lot of fun and engrossing considering its outward austerity, but the social element comes in competing with your Kik friends. You can now also tap and hold on a particular card and share it with a Kik contact. Squared comes shortly after the company added Reddit pics sharing to its app.

The company is promising a big visual overhaul to its Android app in the future, aligning it more with the Holo aesthetic found in Android 4.0+, but it wouldn’t comment as to when the update will come. As for languishing Windows Phone fans, who haven’t seen an update in a very long time, the company is “looking into things,” and hopes to bring some WP8-specific improvements this year.

BlackBerry 10 fans: don’t hold your breath. Kik is still embroiled in a lawsuit with BlackBerry, formerly RIM, over accusations the company’s founder, Ted Livingstone, used information from his time working at the company to create unique intellectual property.