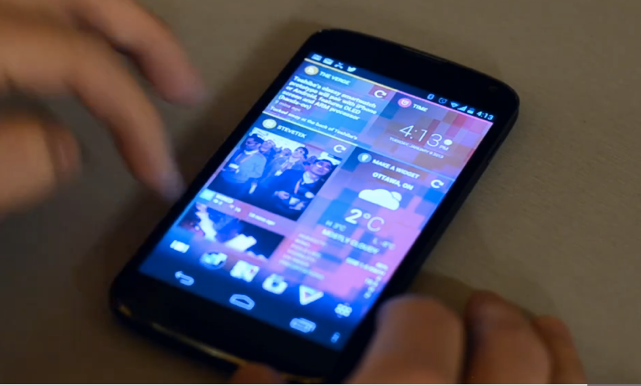 Chameleon Launcher has a presence at CES this year, and the company is showing off a number of upcoming features for tablet users, as well as previewing the long-awaited phone version. The alpha is currently being tested by a small group of people, and Chameleon promises a beta version soon for it Kickstarter backers, the ones that paid $10 for the chance to try something new all those months ago.

The new tablet version promises folder support, a long-awaited feature that has prevented me from using the launcher full-time on my Nexus 10. Even more impressive, the phone version, which is shown running on a Galaxy Note II and a Nexus 4, looks amazing, and I can’t wait to try it on my device.